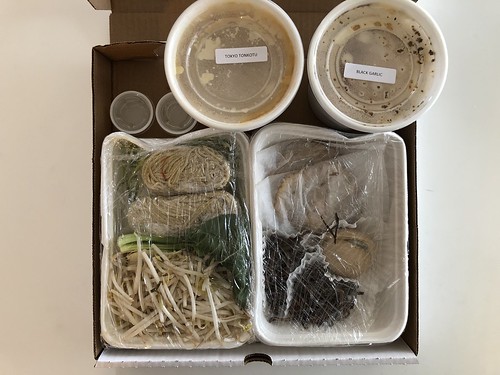 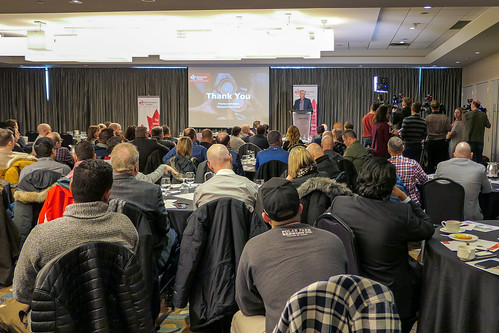 It was without a doubt a banner year for bakeries in the Edmonton area, with no less than ten shops opening up in the last twelve months. It’s been particularly great to see the range of businesses, including French-style patisseries (Macarons & Goodies, Chocorrant, Fan Fan Patisserie, Arno’s Fine French Pastry), fancy cakes and treats (Sugared and Spiced, Art of Cake expansion), and gourmet doughnuts (Doughnut Party, Destination Doughnuts, Frickin’ Delights Donuts in Devon, Ohana Donuterie). Speaking as someone who currently has quite the sweet tooth, it’s been wonderful sampling my way through different desserts and finding any excuse to pick up something new to try.

Here are a few other items that were notable to me in 2017: 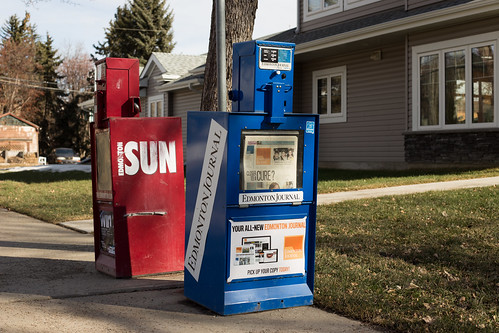 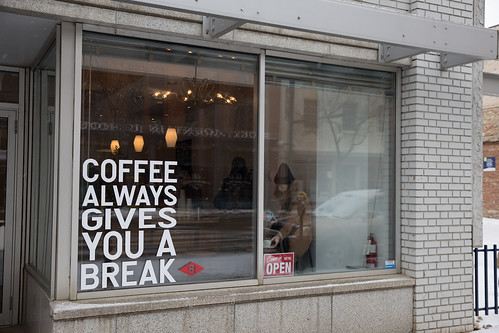 2014 was definitely Elm Café’s year, as they increased their footprint in Edmonton to include District, a great quick-serve café in the government district, and Burrow, innovatively located in our pedway system above the Central LRT station. Owner Nate Box also consulted with Denizen Hall, the refurbished bar in the Grand Hotel, to create a comfort food-focused menu that will no doubt help curious diners overlook the establishment’s seedy past. Had Little Brick, their forthcoming café/general store in the Riverdale neighbourhood, not encountered construction delays typical for any new projects, it would have been an even more runaway year for Nate. At any rate, it’s great to see a local company succeed and flourish in multiple locations – here’s hoping for a speedy finish for Little Brick!

Here are a few other notable food happenings in 2014:

Looking forward to what 2015 brings!

Although we had some high profile restaurant losses this year (notably Jack’s Grill), 2013 seemed to be a good year overall for local independents. Openings definitely tipped the scale, with some, such as RGE RD and Tavern 1903 immediately embraced by the community. I can only hope this trend continues – that Edmontonians will shift their habits in order to dine at creative, quality-driven small businesses.

Here are some other notable food happenings in 2013:

Looking forward to what 2014 brings!

I wish we could say 2012 was the year City Council declared that having access to locally-grown food was important enough to protect, but alas, that was not the case. In November, Council voted to accept the toothless, vague Fresh, the Food and Agriculture Strategy that certainly did not live up to its name. By doing so, although some good was accomplished (including a directive to set up an Edmonton Food Council), Fresh did not make preserving the city’s peripheral agricultural land a priority.

This was in spite of the fact that the appetite and interest in local food continues to grow. The 124 Street Grand Market was a huge hit, while the number of restaurants and vendors highlighting area producers, like Three Boars and Drift, are gaining huge followings.

Here are some other notable food happenings in 2012:

We can only guess what 2013 will bring – looking forward to it!

You can take a look at my previous year in review posts here.

January signals a time for reflection, and for me, this includes reviewing Edmonton’s year in food (you can take a look at my 2010, 2009 and 2008 reflections as well).

A picture from What the Truck 2?! in September

The food scene in Edmonton this past year was heavily dominated by excitement around the new food trucks that hit the streets in 2011 (among them Drift, Molly’s Eats, Nomad). I’m looking forward to seeing how this momentum continues into 2012, with at least two more trucks confirmed (Big City Sandwich, Battista’s). It’s also worth noting that several vendors, including Fat Franks, Eva Sweet and Filistix moved into brick and mortar operations this year too, on campus at the University of Alberta. It will only be a matter of time until established restaurants start getting into the food truck business as well. Of course, the mobile cuisine movement was just one of the trends this year:

It’s become a bit of a tradition for me to look back on Edmonton’s food scene after the year has wrapped (read 2009 here and 2008 here).

I think one of the most notable food happenings in 2010 was the growth of the blogosphere. More than a dozen local food bloggers joined the fray this year, and though some of them haven’t stuck, restaurants and media alike really started to recognize the fact that some diners do gather information from online food writers. Menu launches like the one that took place in November at ZINC will likely be more commonplace in the future.

As a result, however, I think readers will have to be more vigilant about what they read. Besides comped meals, it is inevitable that bloggers, like journalists, will develop relationships with chefs and restaurateurs. Edmonton may not have the critical mass of food bloggers as other cities do (yet), but I foresee more discussions about food blogging ethics on the horizon in our online community.

Other notable trends and events:

Here’s to more great happenings in 2011!