Leopard, a new restaurant in Glenora’s West Block tower that aims to provide quality pizza and soft serve to the neighbourhood, is the result of conversations that began before the pandemic and a menu perfected during the lockdown.

Cantiro, the developer of West Block, approached Andrew Borley of Woodwork and Bar Clementine about developing something in one of the commercial spots at the base of the high-rise condo, which was built on the corner of 142 Street and Stony Plain Road in 2019.

“It was the builder who wooed us here,” said Rachael Borley, Andrew’s wife and operations manager across all three restaurants. “They loved what we were doing at Woodwork and Clementine, and they were looking for a bar like Clementine to duplicate over in Glenora.”

Andrew was not interested in replicating an existing property, but he was interested in the idea of developing something new at West Block. By the time they officially signed on to the project in May 2021, the concept of pizza and ice cream had crystallized, which opened things up for them to cater to a new population.

“We are fully aware that this is the first time we have a change table in the bathroom,” Rachael said. “It is a different demographic, it’s pizza and ice cream, it’s meant for everybody. A place where the adults can have a cocktail and enjoy themselves and the kids can have a good time.”

Given their experience at Woodwork and Bar Clementine over the past couple of years, the pandemic also forced the Borleys to consider the longer-term viability of any new endeavour.

“We are so lucky and blessed to be on the other side with two restaurants still functioning,” she said. “I had no idea how hard it was to do takeout. It was hard to translate our experience into a little box. So it felt safer to go down a pizza avenue with food that is more sustainable and common for takeout.”

Rachael ate her share of pizza as Andrew worked on his recipes.

“Like everybody else, we had extra time during the pandemic, and he fell down a rabbit hole to tackle sourdough pizza for the first time,” she laughed. “He strives for excellence in everything, so he worked a long time tweaking it. Some weeks he made pizza three or four times a week to perfect the dough.”

The pizza style lent its name to the restaurant. “It is cooked in a 900-degree oven for a minute, and ‘leoparding’ is when it puffs up on the crust and gets the black dots,” she said. “That’s the goal.”

However, because the dough requires three to five days to ferment, whipping up extra dough just isn’t possible, so they will need more time to determine how much product is necessary to meet diners’ demands inside the 40-seat restaurant before Leopard offers takeout. She said the restaurant sold out of pizza two out of its first three nights.

Ice cream felt like a natural pairing with pizza. “It hearkens back to childhood and nostalgia, seeing ice cream coming out of a soft serve machine. Everybody loves it, from kids to adults.”

Similar to the process he used to develop the sourdough, Andrew also took a deep dive into ice cream before coming up with Leopard’s signature tonka bean flavour. “It’s a custard, it’s got eggs and cream and is really rich and velvety. With olive oil and sea salt, it’s like nothing you’ve ever tried,” Rachael said.

In time, Leopard will be working towards opening a patio, in addition to installing a takeout window for pizza and soft serve. But even in the first week, the team already feels embraced by the neighbourhood.

“People are really supportive of the businesses here,” she said of the area, which is also home to El Corazon and Square One Coffee. “We already feel like a part of the community.” 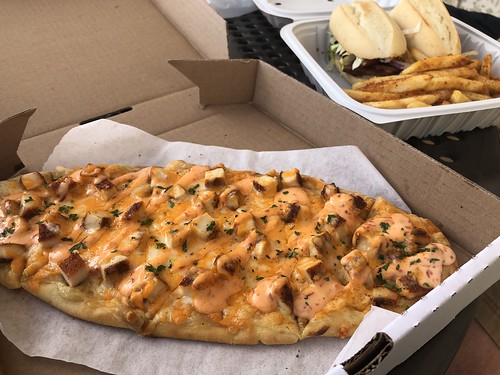 Southern flatbread and poboy from Envie 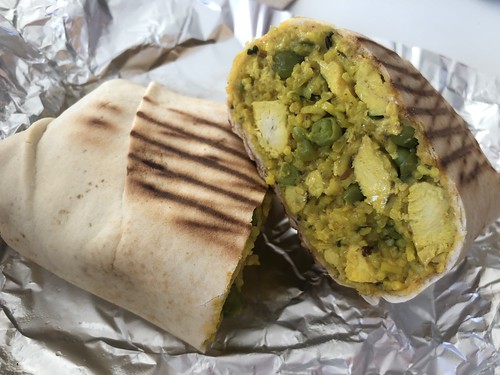 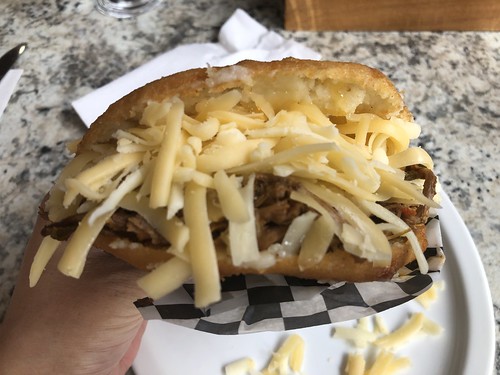 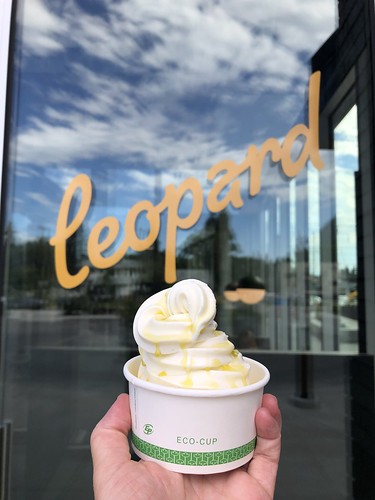