Filistix is creating a food hall on the MacEwan University campus and bringing a new dinner concept to its main downtown location in an effort to make it to the other side of the pandemic.

As with other hospitality businesses, Filistix has been forced to continuously pivot over the past two years in response to changing public health guidelines. But there is no doubt that trying to maintain business at a post-secondary institution was particularly challenging, given the lack of foot traffic on campus.

“As the months went on, we were thinking about how we would recoup this lost revenue, especially at our University of Alberta location,” said Ariel del Rosario, co-owner of Filistix. The opportunity he saw was to go big.

Filistix had a very public dispute with Aramark over the abrupt cancellation of its vending contract at the U of A in 2018. It ended up finding a new U of A home in the Students’ Union Building, but it closed its MacEwan location, which was also managed by Aramark. Filistix maintained a good relationship with MacEwan, however, and reconnected with the school in 2021 to determine what was possible. “We didn’t want to just occupy a kiosk like we did last time,” said del Rosario. “We wanted to convert the entire concession area in the Robbins Building into a mini food hall.”

Food halls offer a collection of local food vendors and chef-driven concepts under one roof. JustCook Kitchens operates the only current Edmonton example, but they have popped up in every major city, del Rosario said. His version is called Takam Market, named after the Tagalog word meaning “to crave.” It opened on Feb. 28 and will continue to phase in more offerings over time.

Among the concepts is Filistix Modern Filipino, which will serve a menu similar to the one available at the U of A branch, while Yelo’d will open up a Sosyal Scoops ice cream and milkshake shack. In addition, the market has partnered with The Colombian and Ayco Bakery to offer coffee and baked goods.

Meanwhile, the flagship downtown location of Filistix will be undergoing some changes in March. “We know people’s dining habits have changed for the near future,” said del Rosario. “People now go out once every couple of weeks. Are people who live in the outskirts compelled to come downtown and eat at a restaurant? If we’re going to be a destination spot, we need to make our concept and menu a destination.”

The restaurant will officially launch this concept on Fridays and Saturday evenings after previewing the menu at Downtown Dining Week in late March and early April. “This will be the grown-up version of Filistix,” said del Rosario. “Wine glasses, linens, napkins, and a completely different look.”

Throughout the pandemic, Filistix has hosted a number of well-received pop-ups, including its Bayanihan dinner series. This new concept builds on those ideas.

“Our mission has always been the same: to introduce the public to Filipino food and flavours,” said del Rosario. “That is still at the forefront of what we do. But we want to elevate our food and plating while adhering to traditional and authentic flavours. We’re looking at the dishes and seeing what elements are essential to that dish and applying different techniques or cooking methods to different elements. We’re not going to be shy to use strong flavours but need to repurpose them so it is less intimidating for people to try.”

Dishes will include a karekare oxtail with a peanut-based sauce and charred vegetables served with kalamansi beurre blanc.

Although del Rosario acknowledges that some of his customers may not welcome these changes at first, adaptation is necessary for survival. “We have nothing to lose,” he said. “We’re sitting in an empty restaurant. We might as well do something that we’re passionate about and proud of.”

Back at MacEwan, Takam will be the site of a pantry to be supplied by The Public starting in March. “MacEwan residents don’t have a dining hall. Students are expected to make their own food in their kitchenettes,” said del Rosario. “There was no way for students to have a prepared meal after the concessions closed in the afternoon.” Now they can, as The Public will be curating heat-and-eat style items as quick meal solutions.

Until April, Takam will be open from 10am to 3pm, Monday to Friday. Its hours for the spring-summer session will be determined after this initial launch. In September, Filistix plans to open two additional concepts offering sandwiches and either pasta or noodle soups.

“We want Takam Market to appeal to a broad range of people,” said del Rosario. “Our whole idea is to be a player in this neighbourhood, to be part of the broader community and not just the MacEwan community.” 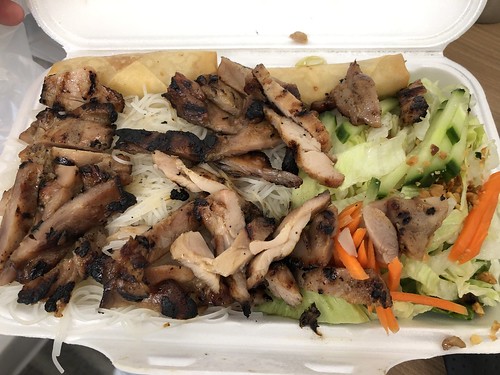 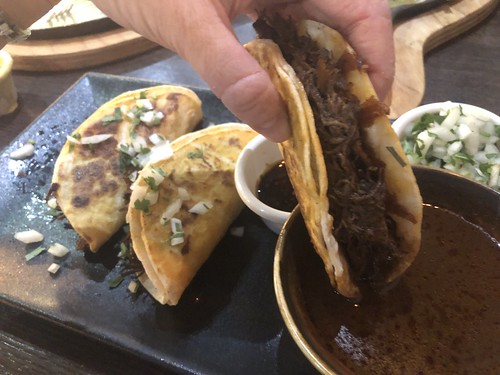 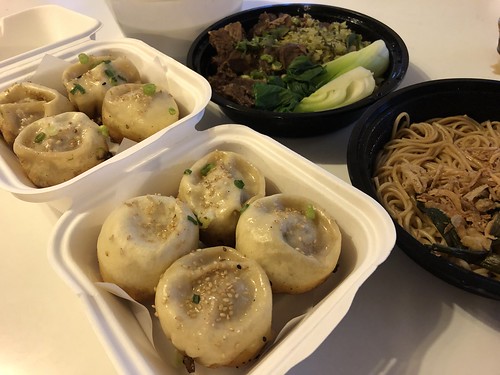 Dumplings and noodles from BaoBao