She’ll compete against 10 other chefs from across Canada for the show’s largest ever cash prize of $100,000.

On previous seasons of Top Chef Canada, other major cities have been well-represented, including 11 contestants from Calgary since the show’s inception in 2011. Chef Alexei Boldireff, formerly with Baijiu, competed for a spot in Season 7, but failed to join the main cast.

Porter has participated in several other Food Network programs in previous years, including Beat Bobby Flay, Guy’s Grocery Games, and Fire Masters. But as to why it took 10 seasons for Top Chef Canada to embrace its first contestant from Edmonton, Porter can only speculate.

“Maybe it was Edmonton’s reputation for not having many independent restaurants years and years ago,” said Porter. “In the past, Edmonton had kind of a muted culinary scene and wasn’t really known for adventurous foods. I think now our culinary scene has exploded, and it’s the perfect time for Edmonton to shine.”

Porter is the executive chef at The Common, and she is very happy that she will have the platform to showcase the restaurant on the show. Porter joined The Common after the pandemic forced her to close her restaurant, London Local, in 2020.

“It’s one of the best companies I’ve worked for,” said Porter. “The people here are great. They’ve been very understanding in that they let me leave to do the competition. I’m super happy to promote them.”

In fact, The Common’s sister restaurant, Fu’s Repair Shop, contributed to the items Porter brought with her to potentially use on the show.

“I brought different ingredients that I was exposed to when we were developing the menu at Fu’s,” said Porter. “I brought lotus leaf and a homemade XO sauce that we make there.”

As expected, Porter cannot reveal much about her time on the show before it airs, but she did share that she was surprised at how quickly she was able to form friendships with the other chefs.

“The chefs are really great,” said Porter. “Not that I was expecting to have feuds or anything, but it was a nice surprise that people were quite humble and good to work with. The most relaxing part of the competition was being able to have nice conversations with people.”

At the moment, The Common hasn’t yet planned to host viewing parties, but Porter indicated that is something they may consider. She was also open to the idea of serving food inspired by her time on TV.

“I could take dishes from various competitions I’ve done — win or lose — and incorporate them into a menu,” said Porter. “It would be fun to put together.”

In the meantime, Porter is excited about the new fall menu items she’s worked on for The Common, including Bengal curry with beef and shrimp, roasted potato fromage blanc cannelloni, and, in the coming weeks, chicken and waffles served with bourbon peach jam.

Porter welcomes any diners who want to ask her about her time on the show and is thrilled that the city is finally getting its due. 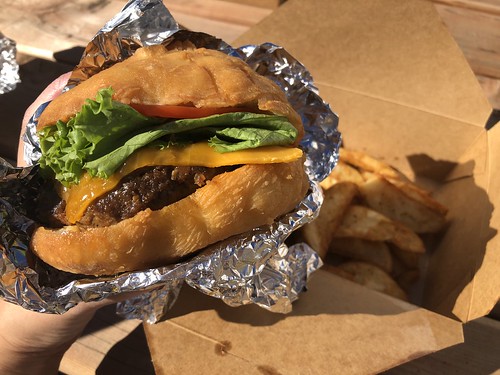 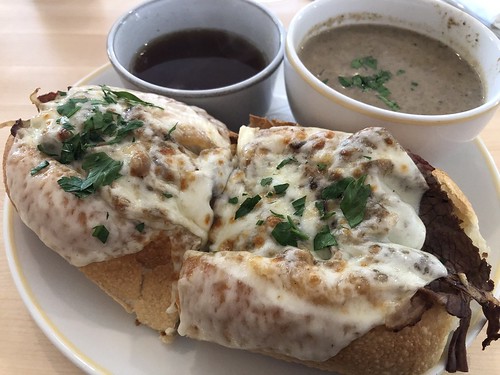 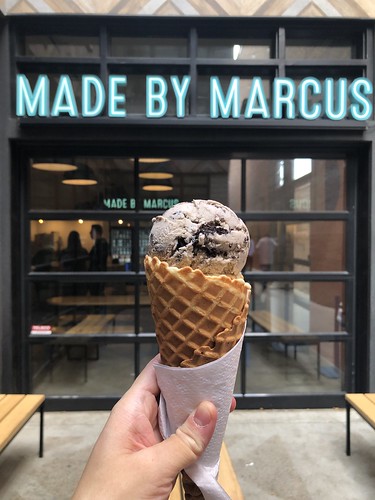 Cone from Made by Marcus