Coffee roaster Sorellina Coffee will be opening a café called Sorellina Brew Bar in late July. Italian for “little sister”, Sorellina is an apt name given the company grew from owner Lynsey Hayes’s start at her brother’s business.

“I had been working for my brother Andrew at Roasti Coffee in Sherwood Park as his green coffee buyer for a few years,” said Hayes. “In late 2020 I decided it was time to build a coffee company of my own. My goal was and is still to highlight the work of coffee producers with small farms and unique varietals.”

Hayes set up shop at Roasti and began by selling coffee at a local makers’ market. She soon added an online shop with free local delivery, selling beans with retail partners such as Meuwly’s and Cafe Rista, as well as supplying café clients in the city and beyond.

“You can drink Sorellina Coffee at Awn Kitchen, RGE RD, and The Art of Cake, and on rotation at Farrow Sandwich shops in Edmonton,” said Hayes. “Some of the best multi-roaster cafés in the country also serve Sorellina Coffee on a rotating basis, from Small Victory in Vancouver, to Cortado Tasting Room in Nova Scotia.”

Hayes said she had always envisioned a brick-and-mortar café where she could share her coffees with people. A space in the 124 Street area fell through last year, so she put her plans on hold until her brother approached her with an alternative.

“This spring, he made the decision to really focus on his wholesale clients and his home base roastery in Sherwood Park, so he offered me his Whyte Avenue café,” said Hayes. “I was excited! It’s a great location with so much potential. Secretly, though, I think he just wanted his office back at the roastery.”

With bean roasts cheekily named “90’s Keanu” and “There’s Something About Blanca Maria,” café guests can expect a retro vibe and pop culture throwbacks in the space, Hayes said. But she also aims for the shop to enhance customers’ knowledge about beans and brewing techniques.

“We will not be a typical coffee shop,” said Hayes. “With Sorellina Brew Bar my goal isn’t just to sell cups of coffee and beans. I want to create a fun and interactive experience where anyone can come to learn about our coffees. We will be offering flights of a feature coffee every month where you can taste it prepared three different ways, and your barista will take you through what makes each expression of the coffee unique.”

Hayes said Sorellina will also offer private tasting events, brewing classes, and cocktail takeovers. While coffee will be the focus, the Brew Bar will also serve pastries and baked goods from a few local companies.

Hayes is aiming to open the Brew Bar on July 29, which will allow two of her baristas — Alora Van Diepen and Frederica Danziger — to participate in the Canadian National Brewer’s Cup in Regina on July 20. “We are putting all of our energy and support into them right now,” said Hayes.

When it does open, Hayes invites coffee lovers to come on down. “Whyte Ave. has historically been a place people flock to for fun and excitement, and that definitely will be the case with Sorellina Brew Bar. We are here for a good time!” 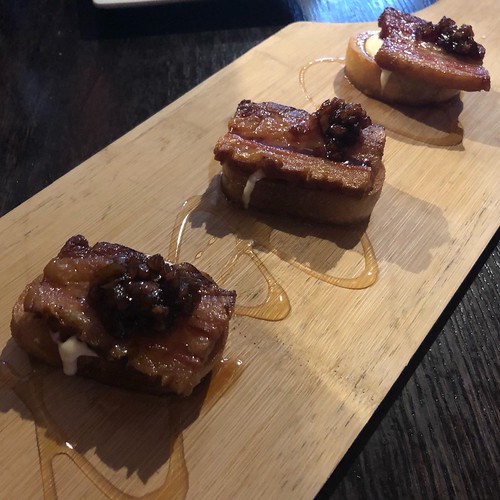 The bacon from Tzin 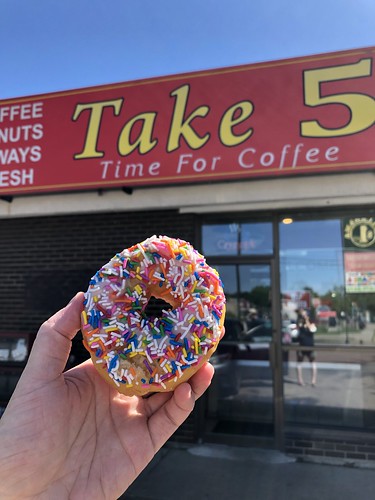 One of many treats from Take 5 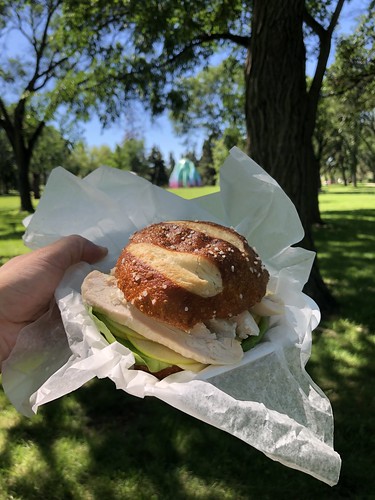 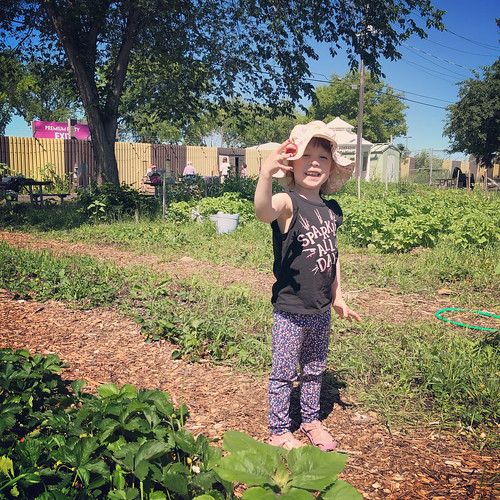