Drift Food Truck, which was among the handful of businesses that helped usher in the golden age of food trucks in Edmonton, just celebrated a decade in business.

Run by the husband and wife team of Nevin and Kara Fenske, Drift has built up a fan base ravenous for their sandwiches and seasoned fries over the years. They’ve been a fixture on the streets and at farmers’ markets since 2011, and though the Fenskes once had a brick and mortar of their own (Dovetail Delicatessen was open for about a year in 2015-16 on 124 Street), since 2017, they’ve made Shamrock Curling Club their home in the winter months.

Kara Fenske shared that this ten year milestone was reached with many ups and downs. “The high was definitely with the first five years, being at the forefront of our industry in Edmonton, helping other mobile entrepreneurs, and creating an awareness for the food truck industry,” said Fenske. “Losing our restaurant on 124 Street was a low, but not for long as it allowed us to analyze our vision for our company once again, and create a new path.”

After they retire their truck in the fall (lovingly referred to as “Drifty”), Drift offers a modified menu at the Shamrock in addition to continuing with catering engagements. “It has allowed us to have an affordable home base year round, as well as reaching a winter customer base, which we didn’t have the first 5-6 years,” said Fenske (this season, their Shamrock operation begins on October 12).

Despite the complementary success in the cooler months at Shamrock, every spring, Drift has had to find ways to stay current. “Since we aren’t open year-round in the truck, we do lose momentum,” said Fenske. “It can be tricky to try and predict the next season during the off-season.”

As with most hospitality businesses, Drift’s business was affected by the pandemic. The Shamrock was closed at times, while outdoor events have faced numerous restrictions over the last two years. In spite of the challenges, Drift was able to find some success. “One positive was that communities were really coming together to host small gatherings and getting to know their neighbours,” said Fenske. “Being creative in order to have outdoor-safe events was something that really shone the last 2 summers.”

In addition, Drift partnered with Uproot Food Collective last year to start selling their sauces, seasonings, and frozen prepared foods, including their popular fried chicken. With the ever-increasing appetite for local products to prepare at home, this may become Drift’s focus in the coming years. “We are currently in the process of building a production kitchen so that we can better keep up with the demand, expand more product offerings, as well as approach larger retailers with confidence,” said Fenske.

But for those concerned that their food truck may be permanently parked, Kara wants to reassure their fans. “Drifty isn’t going anywhere,” said Fenske. “You will see the truck out in the spring as always!” 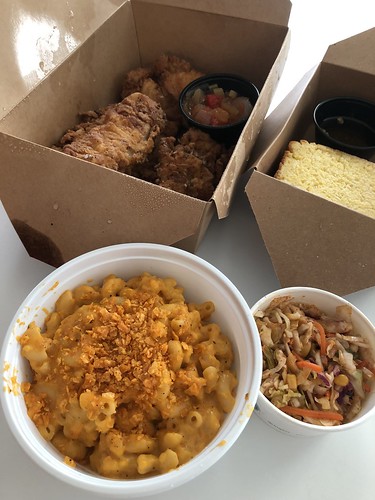 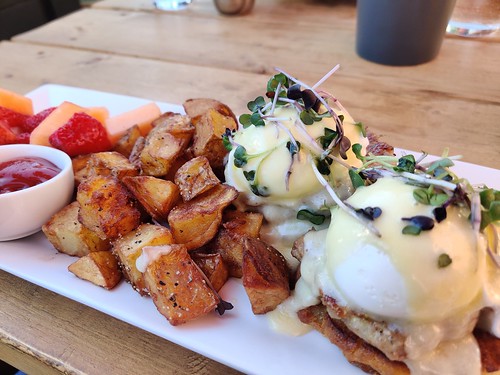