Filipino Food on the Rise in Edmonton

Just over a year ago, Chef Edgar Gutierrez (of Tres Carnales and Rostizado) opened Kanto 98 St. in Chinatown, making Filipino food trendy in Edmonton in a way it hadn’t been prior to that. Serving up his interpretation of Filipino street food, people took notice, including the prestigious EnRoute Best New Restaurants list who shortlisted Kanto 98 St. in 2018.

In April, Jollibee finally confirmed that construction was underway for their first Edmonton location. The international fast food chain is a gateway for Filipino cuisine, and when open, will help expose many more to some of their signature dishes.

Today, Filistix adds to the city’s Filipino culinary scene with the opening of their new restaurant downtown. Filistix began as a food truck, then became a fixture on several Edmonton post-secondary campuses. Their take on Filipino comfort food was so popular with students and faculty at the University of Alberta that after their lease was unexpectedly cancelled by Aramark last year, the outrage eventually landed them a new space in the Students’ Union Building.

That said, co-owners Ariel Del Rosario and Roel Canafranca wanted to showcase even more of the flavours of home, in a more upscale setting. Cue their restaurant, located at 10621 100 Avenue. While some of the Filistix favourites appear on the menu (their namesake salad, for instance), most of the dishes highlight the grill and the wok. They are also ambitiously serving breakfast, lunch, and dinner. 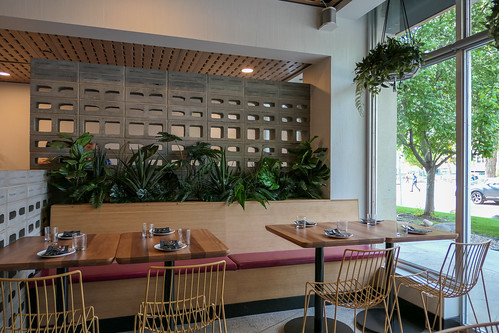 Mack, Emily, and I had dinner during their grand opening tonight. Their grilled meat skewers were fantastic, but the highlight for me was their Filistix caesar. It incorporates Bagoong (fermented shrimp paste) in place of anchovies, and coupled with the char of the grilled romaine, pork chicharron, and lotus root chips, it’s a salad I’ll be returning for. 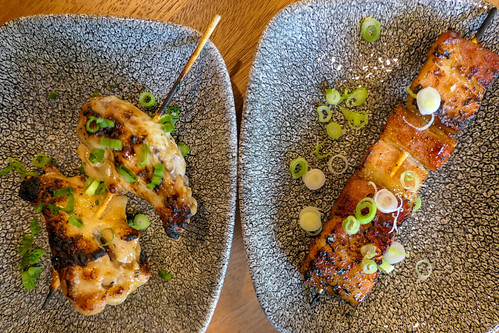 It’s also notable that the menu features several Indonesian dishes, a nod to the heritage of some of their kitchen staff. Mack’s favourite dish of the evening was the mee goreng fried noodle. 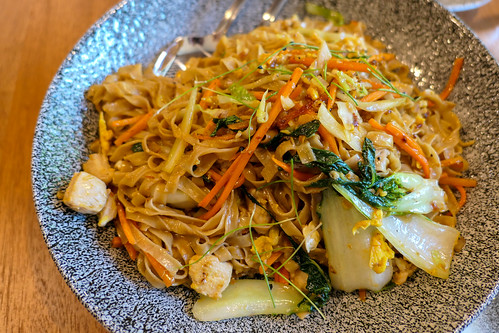 It’ll be interesting to see how diners will respond to having more Filipino options in Edmonton. 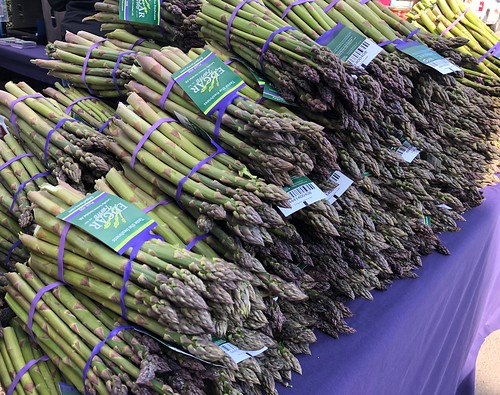