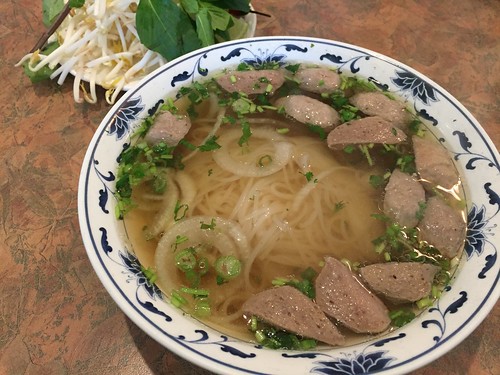 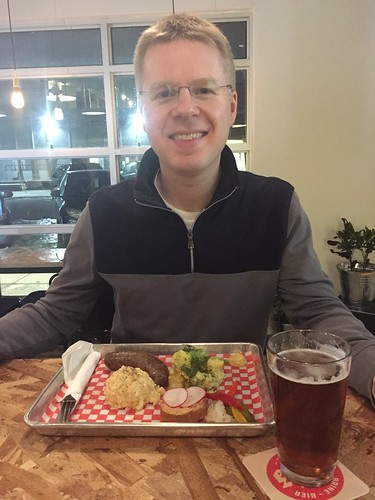 Mack with his brat on a plate 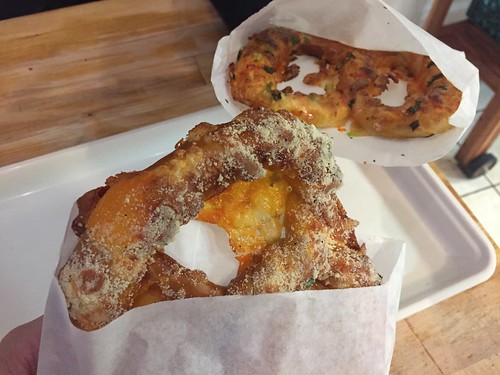 A duo of pretzels from Zwick’s