The weather has been scorching this last week – hope you’ve been finding ways to keep cool. On to this week’s food notes: 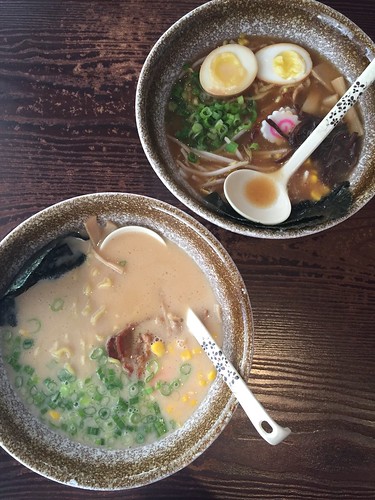 Tonkotsu and shoyu ramen from Kazoku