After a few rounds at The Batting Cages for my birthday in late June (and realizing there were many muscles Mack and I haven’t put to use in some time), we needed some restorative sustenance. It seemed like the time was right to finally try Pho Boy nearby, the newest Vietnamese restaurant on Whyte Avenue.

Located east of the more well-worn Old Strathcona strip, Pho Boy has taken over the former B’s Diner space. We chose to sit on the enclosed patio at the front of the restaurant, set back from the busy street just enough to feel shielded from most of the traffic noise. A quick peek inside revealed an intimately lit space, laid back with a retro Street Fighter arcade game and a train set table to keep even the smallest diners entertained. While it wasn’t completely full on that Saturday night, business was steady. 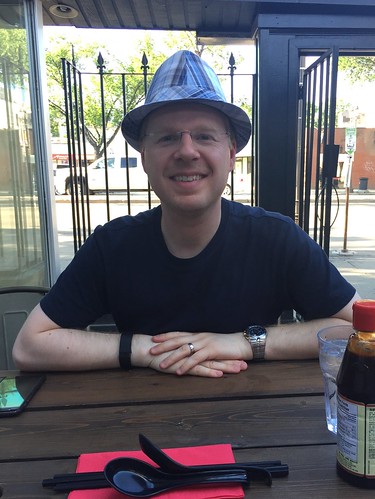 The menu is small but interesting, with the appetizers standing out the most. As a whole, the restaurant seems to cater to a wide variety of dietary needs, as they have the option of building your own pho (including a rarely seen vegetarian soup base). We ordered a couple of appetizers to share.

Of note is Pho Boy serves freshly fried shrimp chips to start the meal! Mack isn’t a fan, so I happily indulged in our table’s serving. 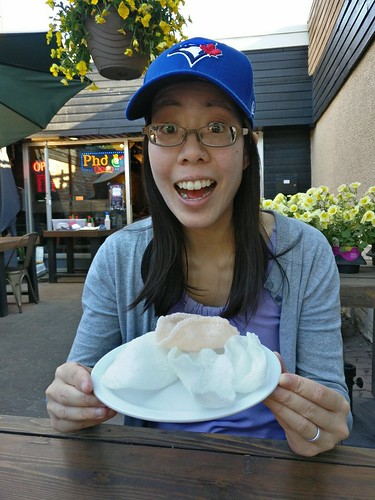 The legend rolls ($6 half order) were incredibly addictive, crispy and full of flavour. They’re served with a side of fresh vegetables (which you could presumably use to wrap each roll) which we deemed unnecessary. 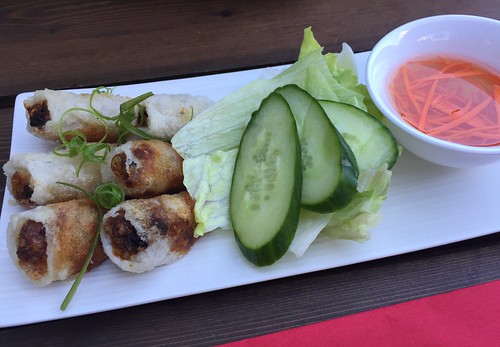 The banh xeo ($10) isn’t a dish easily found in Edmonton, so we gravitated towards it when we came upon it on the menu. The crepe was nicely browned, but a little on the crumbly side. We loved the filling of creamy mung beans, shrimp, and pork. 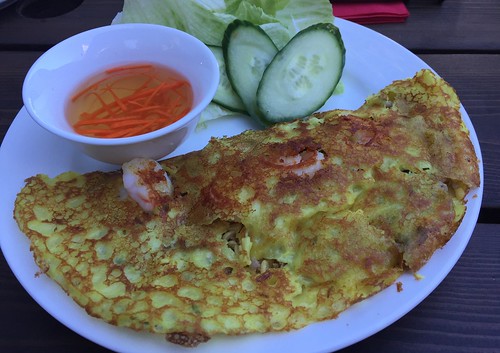 For our mains we both ended up with the same build your own pho combination – beef broth with steak, flank, and beef balls, with cilantro and green onions ($10 regular). While the broth was aromatic, I was hoping for a bit more depth. Of the meats, the meatballs and steak were fine, but the flank was noticeably fatty. 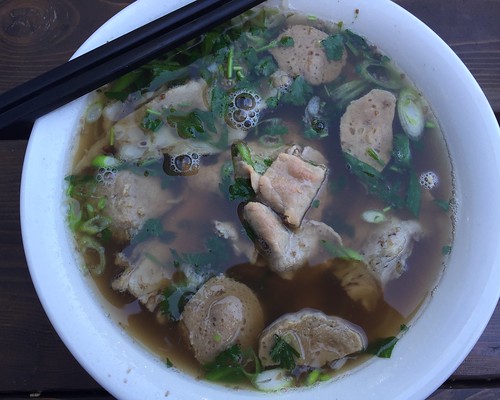 Build your own pho

Service was great throughout, and we never felt neglected or rushed. Pho Boy definitely has the right vibe for the neighbourhood – a modern Vietnamese establishment targeting a younger demographic to gather, unwind, and graze.

While Pho Boy wouldn’t replace my Chinatown standards of Pho Tau Bay and King Noodle House, if I was in the area, or had a hankering for some of their appetizers, I wouldn’t hesitate to come back.