If you’ve got someone who loves to cook on your Christmas list, you’re in luck – we’re awash in locally-produced cookbooks this season! The Duchess Cookbook would be perfect for the baker in your family (they’ve already ordered a second printing), while the Alberta Famers’ Market Association’s 20th anniversary cookbook, From the Farm, is filled with locally-sourced inspiration from chefs around the province. Now we have Pucker, from Calgary-based Gwendolyn Richards, a celebration of citrus in all its tangy glory. 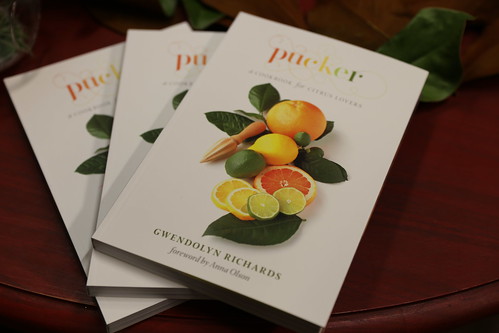 Mack and I first met Gwendolyn a few years ago on a Tourism Calgary showcase, but caught up with her more recently in Jasper at Christmas in November. We knew she would be heading up to Edmonton soon after to launch her new book, and we knew we wanted to be a part of the welcoming committee! The launch was held at the Cory Christopher Christmas Market, a festive space ideal for mingling over drinks and nibbles. 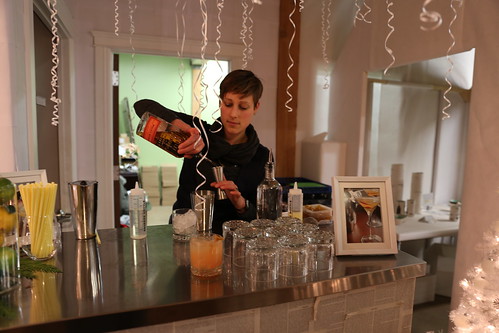 Mixing up whisky sours for the crowd

Gwendolyn is the food writer for the Calgary Herald, but you may also know her from her blog that chronicles her food exploits, Patent & the Pantry. Pucker is her manifestation of “do what you love”, as the kitchen has always been her refuge (and photography, too – Gwendolyn styled and shot all of the photos herself!). 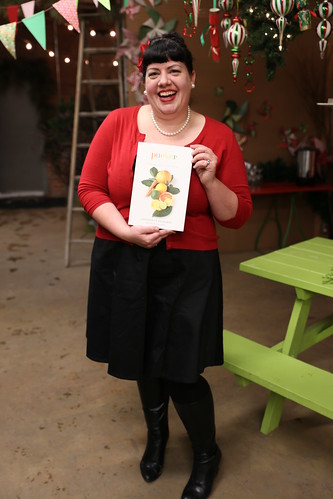 With her labour of love

The book is filled with nearly ninety recipes – sweet and savoury – and a sizable section of citrus-infused cocktails (the section Mack is particularly excited about). Although Gwendolyn was hard-pressed to select a favourite recipe, the banh mi burger, a play on the Vietnamese sandwich, has achieved an almost legendary status in her circle of friends.

We had the chance to sample a few of the items featured in the book, including some delicious citrus-braised pork shoulder tacos (we may or may not have had seconds). 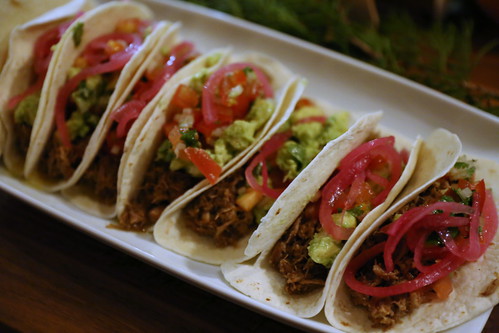 The lime bars were my favourite dessert, as they packed a citrus punch. 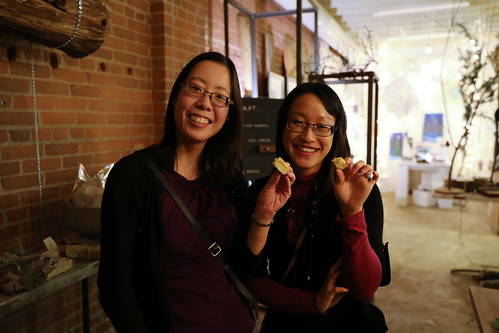 Lillian and I loved the lime bars

Thanks to Gwendolyn and her team for inviting us to the launch, and congratulations on the book!

You can find Pucker online or in Chapters locations.