Do you have your Canada Day plans yet? If not, make sure to check out ShareEdmonton’s list of events in and around the city. You can find me volunteering at the Heritage Chinatown Night Market, running from 4-9pm on 102 Avenue and 95 Street. Regardless of how you spend the occasion, Happy Canada Day! On to this week’s food notes: 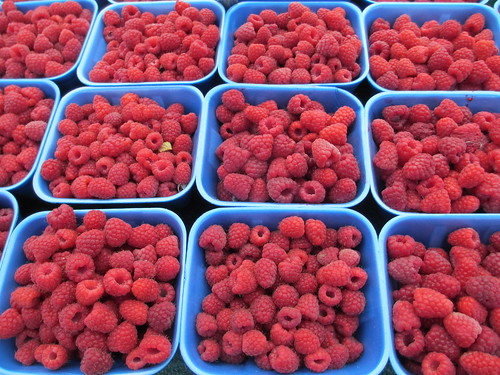 Raspberries from Steve & Dan’s at the City Market