There are few places in Edmonton that boast a beautiful view and good eats, and none in the city with as much history as the Hotel Macdonald. Celebrating its centennial next July, the Hotel is also planning some special events in the the year-long lead-up to its milestone.

Earlier this month, the Mac hosted an official kick-off to their patio season, already rescheduled once due to poor weather (it really has been that kind of spring). Even though the clouds were threatening, staff had high hopes that the rain would hold off – and their optimism was rewarded. 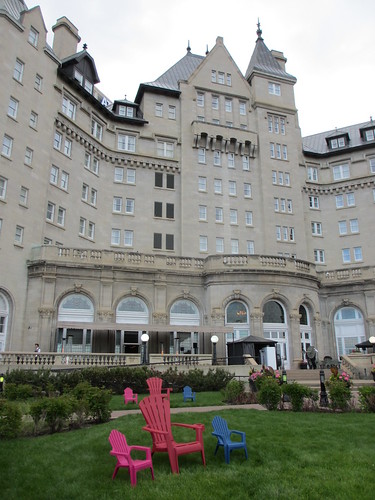 Treated to a sampling of their patio barbecue and Confederation Lounge menus, Mack, Hannah, Stephanie and I were able to taste some of the Mac’s fair-weather offerings. 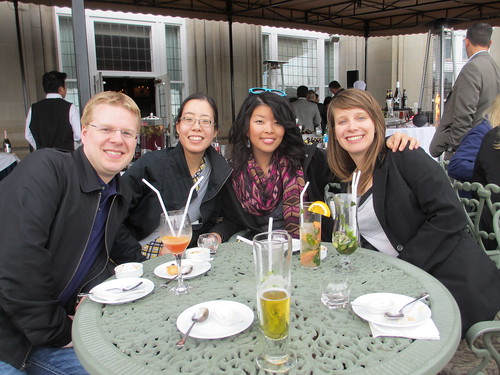 Presentation has always been the kitchen’s strength, demonstrated in adorable mini quinoa wraps, held together with tiny wooden clothespins. Or, in their modern take on caprese salad, with tomato gelee and balsamic reduction taking the place of fresh tomatoes and conventional dressing. 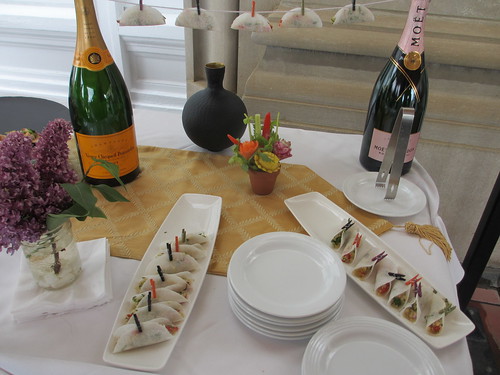 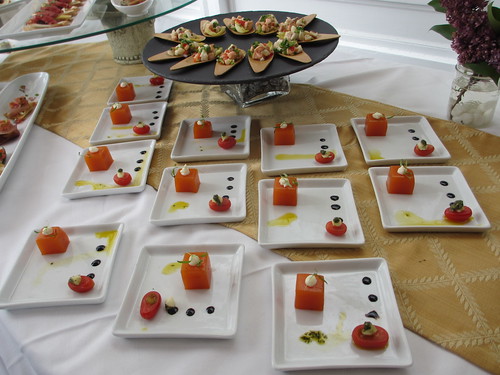 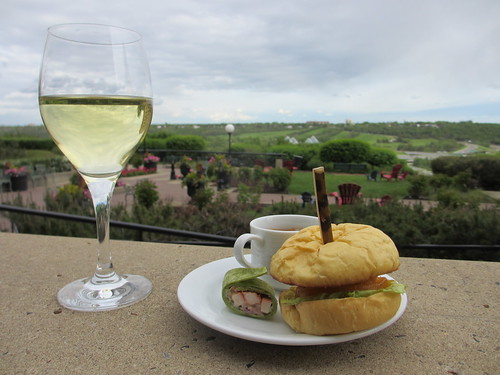 Food with a view

We were also wowed by the dessert table, covered with an assortment of two-bite sweets (Zinc used to sell two-bite versions of their full-sized desserts, a concept that did not seem to stick, even though I think it would do much to sway those with just enough room for something small). Though the Mac isn’t going this route, I appreciated the ability to try several items. At the top of my list was the peach cobbler – a buttery crust, leading to tender sweet fruit underneath. 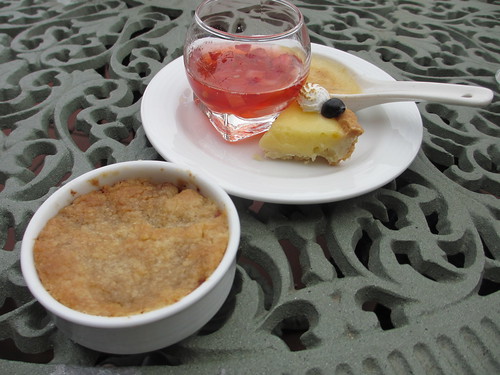 Amidst the greenery and the spectacular view from the terrace, our group was inspired to start working on an event that will help highlight one of Edmonton’s best river valley assets in a new way this summer. Stay tuned for more details, and thanks to the Mac for a relaxed re-introduction to their patio!