Mexican food truck El Mero Mero is readying for its expansion to a brick-and-mortar restaurant. Opening on June 30 at 12223 156 St., the storefront is the culmination of two years of continuous growth for a business that opened near the beginning of the pandemic.

Owner Arturo Ramirez said it was fortuitous for El Mero Mero (which in Spanish means “the best of the best”) to have started in April 2020.

“Looking back now, we discovered that it was a great time to open a food truck because it was a takeout business,” said Ramirez. “It was the only thing open during that time, and it was something to offer people to get out of their houses because restaurants were closed at that time. We were lucky people really enjoyed our food and supported us.”

The food truck did so well that in May 2021, El Mero Mero added a second mobile operation to its roster. During that time, Ramirez began searching for a commissary space that would enable his team to prepare the food to be served through two trucks.

“We found this space, and it was really big, so we thought, why not open a restaurant since we have the square footage for it,” said Ramirez. “We created a really big kitchen where we can produce food for both trucks and the restaurant.”

“We want people to take a little trip to Mexico,” said Ramirez. “The handmade and hand-painted tile on the bar was brought in from Mexico, and the glassware is handmade in Mexico. A lot of the restaurant is from Mexico.”

Although the space offers sit-down tables, Ramirez is also excited about the shelves along the wall that will allow diners to eat standing up, something typically found at taquerías in Mexico.

The menu at the Taquería will serve the food trucks’ most popular items, including the top-selling birria, slow-cooked beef accompanied by a dipping broth. But the restaurant will also showcase other types of dishes that would not have the space or time to be prepared on a food truck.

“Canastas, or basket tacos, are a typical breakfast in Mexico,” said Ramirez. “We put the tacos in these little baskets and cover it with parchment paper and put really hot oil on them. All the heat evaporates and sweats the tacos.”

While diners can expect El Mero Mero’s signature made-to-order churros at the Taquería, several new desserts, such as a caramel flan, will debut as well. “We will also have platanos fritos where we deep-fry the plantain and cover it with sweet sauce and sour cream. It sounds simple but combines flavours that are really good,” said Ramirez.

Ramirez is aware that his restaurant is joining a host of Mexican establishments that have opened in Edmonton over the past decade, but he believes the focus on authenticity and scratch cooking sets El Mero Mero apart. For instance, its flour tortillas are handmade, while its corn tortillas are all homemade.

“One of the things that we have that other restaurants don’t is a vertical broiler. It is like a rotisserie and cooks meat in a real way like in Mexico City,” said Ramirez. “We also cook our carnitas in a copper pot. The reason is that it gives more sweetness to the meat, and provides the actual flavour you should be expecting.”

Lastly, Ramirez believes that his charitable philosophy has been a key factor in customer loyalty. El Mero Mero chooses a different charity every month and donates a portion of sales in order to give back. In May, for instance, the company donated $1,200 to the Paralympic Sports Association. “People want to support us because we support the community,” said Ramirez.

Although the past two years have been a whirlwind, Ramirez said that the time leading up to the restaurant opening has been the most taxing. “I have grown so many white hairs in the last two months,” laughed Ramirez. “But it will pay off.” 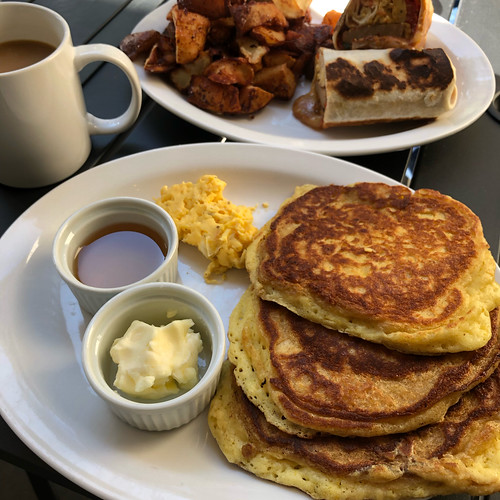