The folks behind a new bar and restaurant called Fu’s Repair Shop hope it can showcase Chinese culture in a different way.

Since opening in early April in the former Prairie Fish and Chips space, partner and head chef Winnie Tsing Chen says the response from guests has been overwhelmingly positive. “I think Edmonton has been needing a place like this for a very long time now, and we are so glad to be able to provide it,” said Chen.

Fu’s is a project spearheaded by Chen and four individuals who co-own The Common and 9910, which includes Justin Der, who separately also owns the clothing store Foosh. The establishment’s name, which obscures the fact that food or drink will be served, is deliberate and is connected to some of Der’s family heirlooms.

“Who is Fu? It’s a mystery just like our repair shop exterior,” said Chen. “‘Fu’ is also a double nod to the Cantonese word for fortune or good luck. A framed swatch of the character hangs on Justin’s family wall, saved from the baby carrier used for Justin’s dad 70 years ago.”

Fu’s seems to be joining a national trend of hip, Asian-inspired restaurants that have popped up in other cities across Canada over the past decade, such as DaiLo in Toronto, and more recently, Gwailo in Calgary. But for Chen, the impetus for Fu’s was much simpler.

“The inspiration behind Fu’s was just wanting to open a fun place … that serves fun, delicious food that we want to eat and cook, serve drinks that we want to make and drink, in a place where we would want to hang out,” said Chen. “We love dim sum and Chinese food, and we wanted it for more than just brunch.”

The food menu will be familiar to those who have frequented dim sum restaurants, including dumplings, rice rolls, and lotus-wrapped sticky rice, but it also features some more fusion-style dishes, such as five-spice duck tacos and green onion cake panzanella salad (as a fun aside, the food items are all priced to end with .88; the number eight is considered lucky in Chinese culture).

Chen shared that the menu is both a practical compilation but also an homage to what she has enjoyed eating over the years. “The dim sum is basically a ‘greatest hits’ of our combined favourites, keeping in mind what is achievable given our budget, kitchen size, team, and equipment availability. And the rest of the menu is things I was inspired by during our mini food trip to Vancouver back in January, some personal favourites, and other delicious dishes from some personal travels from when I was young.”

One of Chen’s family recipes also made the cut. “My proudest dish has to be Mr. Chen’s beef noodle bowl, just because it is my dad’s personal beef and soup recipe,” said Chen. “My family used to have a noodle shop in Chinatown when I was younger and that was my favourite dish that my dad would make. I’m really happy to be able to bring it back. It also makes me really happy to see him smile when I get to tell him about how we’ve sold out of soup on a particular day.”

On the drinks side, social media has been buzzing about Fu’s boozy bubble tea. “I think I’m lucky that while everyone else spent their lockdown downtime making sourdough, my girlfriend and I spent our time mastering boba and cheese foam,” laughs Chen. “While our food menu leans heavily Chinese, we wanted our cocktail menu to be more pan-Asian just to open up the options for ingredients and flavour profiles we can explore.”

Fu’s has allowed Chen to build on her personal connection with Chinatown through the intentional sourcing of ingredients.

“My parents were immigrants to Canada and I grew up in the Boyle Street area, just blocks away from Chinatown, so Chinatown has always felt like home to me,” said Chen. “We use Delta for our rice noodles, and I go to United Grocers, 99 Supermarket, and Hiep Thanh to pick up our produce, dry goods, and spices. I’m really hoping this can be my platform to contribute my part to support Chinatown and its businesses and revitalization.”

Due in part to Fu’s unconventional exterior and how it leans into some Chinese tropes in décor, there have been some questions about whether the restaurant could be seen as commodifying Chinese culture. Chen believes those who visit Fu’s for themselves will see what they are trying to achieve.

“I never thought for once, ‘Hey, I think we can make lots of money off Chinese food or Chinese culture.’ My goal with the menu is to share some of my favourite Chinese dishes, but also just have fun with the menu and enjoy what I cook. We just want to let the food and experience speak for itself, and I think that in itself is the essence of celebrating the culture.”

Chen is optimistic that Fu’s could act as a bridge for guests to further explore Chinese culture, including through visiting businesses in Chinatown.

“I would really like diners to leave the experience wondering, ‘What else is out there? Where did this come from?’ And even though I may have been inspired by hip and trendy places around the world, I’m also trying to translate my memories of family vacations, home-cooked meals from my parents and grandma, and childhood memories of my favourite restaurants in Chinatown that are sadly no longer in business,” she said.

“That food and that vibe, even though not visually the same as Fu’s, is a feeling I’m trying to recreate with the food and experience.” 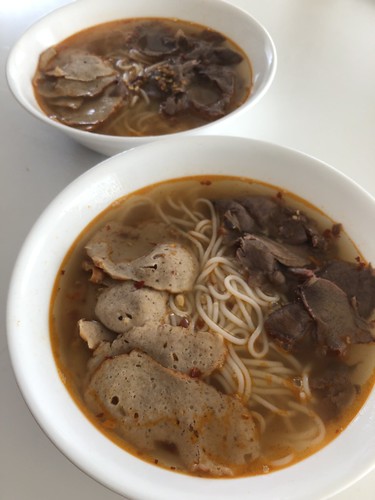 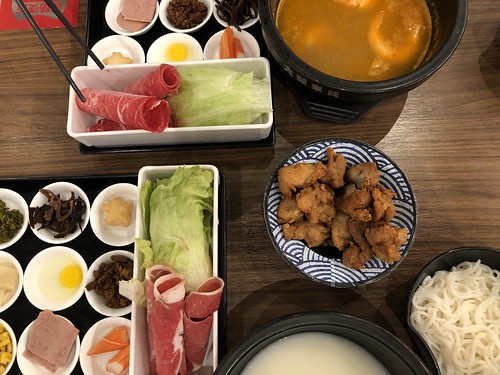 Crossing the bridge soups from Dagu 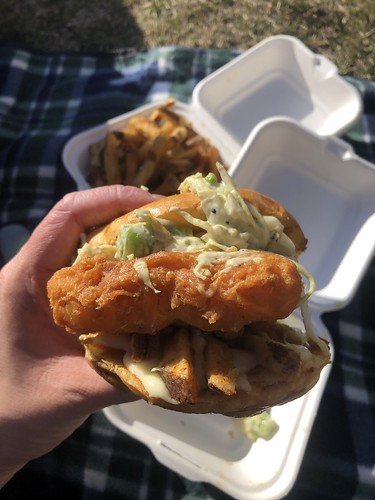 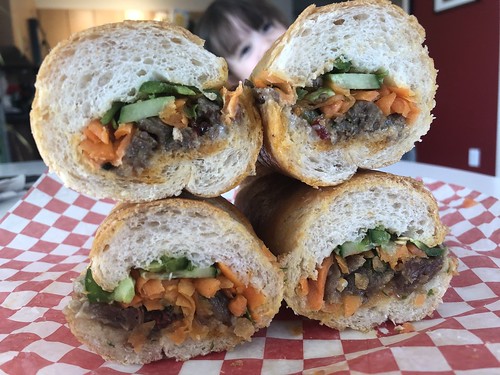