We’re halfway through our series of free Chinatown walking tours that we introduced back in June, and it’s safe to say that the interest from Edmontonians is alive and well! 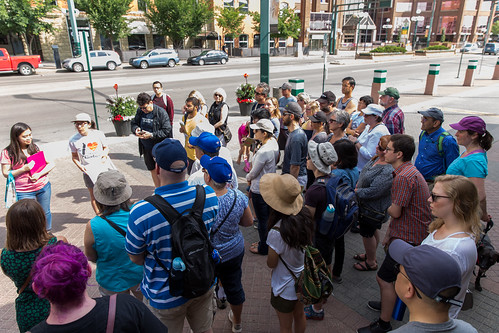 The four tours were fully subscribed in a matter of weeks, and the two groups we’ve led so far have numbered up to 40 people. Nearly all have been attended by locals, most who were not aware that Edmonton had two Chinatowns and many who were looking for a reason to stay and explore the neighbourhood further. 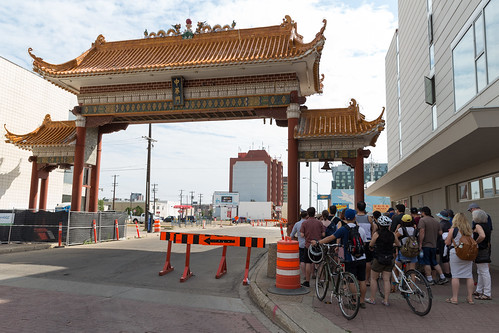 Although the historic and cultural component provides a key foundation to the tour, it’s been interesting that many of the questions we receive relate to commercial Chinatown. People have appreciated the stops we make to introduce the proprietors of several businesses along the way, and many have asked for restaurant recommendations to extend their time in Chinatown. We understand that for many, food is the gateway into the area, and like some other communities have done, use that to our advantage to encourage more foot traffic.

We decided to add one more tour date in August to accommodate the demand -  consider joining us on August 27, 2017 if you’ve been curious to learn more about Edmonton’s Chinatown! We’ll be reviewing the pilot after September to determine how we might continue the tours in the future. 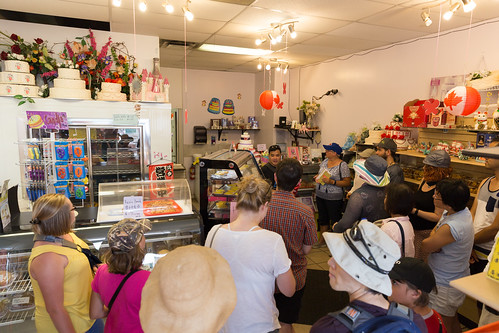 If you aren’t able to make the tour but want an excuse to explore the neighbourhood, consider attending the Moonlight Carnival on September 16, 2017 from noon to 9:30pm at the Ukrainian National Federation Hall (10629 98 Street). Organized by the Chinatown Business Revitalization Zone, you can expect vendors and performances.

Alternatively, mark your calendar for the Mid-Autumn Festival on September 23, 2017, from 1-9pm, back for its forth year in a new location at the Alberta Legislature grounds. Though not in Chinatown, the cultural event features food, crafts, performances and cumulates with a lantern parade and a beautiful display of floating wishing boats on the water.

Hope to see you out and about in and around Chinatown this summer!