I had such a grand time at the first Eats on 118 in April of this year that I knew I had to sign up for their second event in late June. Su was the perfect dining companion as we ate (and bowled!) our way down the street together.

Organized by Wild Heart Collective, the tours are designed to showcase businesses that may otherwise be overlooked because of the overall reputation of the area. Although I had been to some of the restaurants prior, it’s always interesting to learn more about the people behind the businesses.

We started our evening at Lan’s Asian Grill. Named for their mother, Lan’s is operated by three siblings: Tom manages front of house, Monica ably leads the kitchen, and Vince handles all marketing and photography. They’ve been in business since 2008, and though their parents taught them to be great hosts, they didn’t want them to be restaurant owners. But with several generations of chefs and food entrepreneurs in their family, it was in their blood, and it’s clear that this family is passionate about what they do. Tom shared that they just signed another five year lease, and they’re happy with how the neighbourhood has continued to grow since they moved nearly a decade ago. 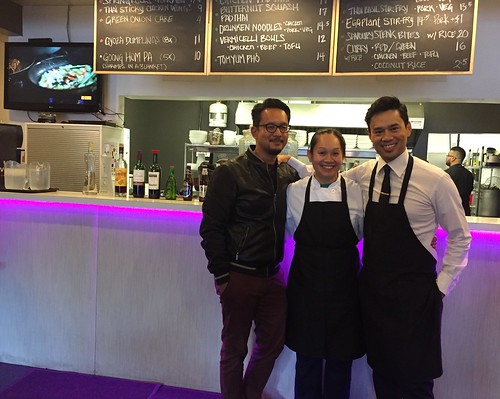 We sampled several small plates at Lan’s. Everything is made from scratch (so they can manage the dietary restrictions of most diners), and pride themselves in using free range chicken and organic vegetables.

The carrot and green papaya salad was my favourite course – vibrant, crunchy, and refreshing (I had to laugh when Tom said the heat level was “baby spice”, considering it was on the hot side for me). 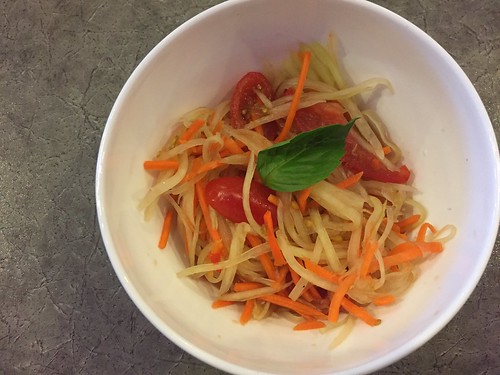 We also tried their chicken satay skewers and a lovely dessert of passion fruit and guava panna cotta. 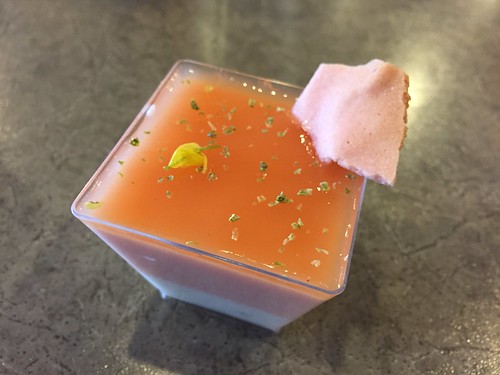 Our second stop was just around the corner – The Duck (which some may remember as The Blind Duck) is now led by Alex. 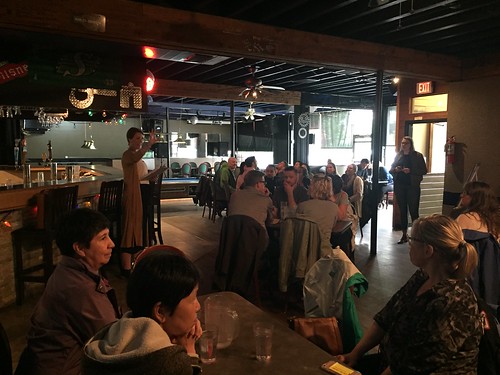 He served us a buffet-style Mediterranean spread, including baba ganoush, hummus, and fatayar (meat and spinach pies). Though most items we tried don’t appear on their regular menu, they are often featured as daily specials, and are available through their catering service. Of the samples we tried, the fava bean dip was at the top of my list, creamy and well seasoned. 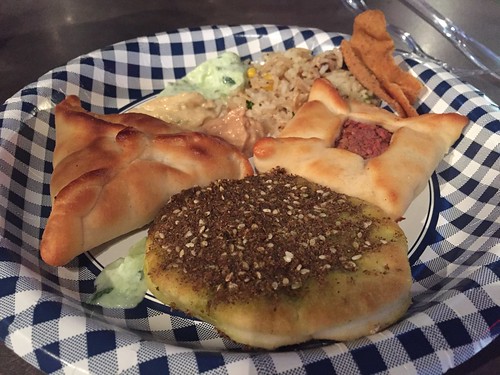 Bites from The Duck

I was most excited for our third and final stop. Plaza Bowling Co. has been in the Stride family for three generations since it opened in 1959. The facility has been meticulously maintained for the nearly 60 years they’ve operated, as it changed hands from grandfather, to father, and now to son.

Although Trevor Stride never thought he’d continue the family business, when his dad told him he’d be putting it up for sale, it just didn’t feel right. So on January 1, 2017 he returned to Edmonton from Vancouver in the hopes of creating a place for people to socialize. He brought in TVs and craft beer, focusing on brews from Alberta and BC on six rotating taps. In the fall, they’ll also be serving up some food prepared by Drift. 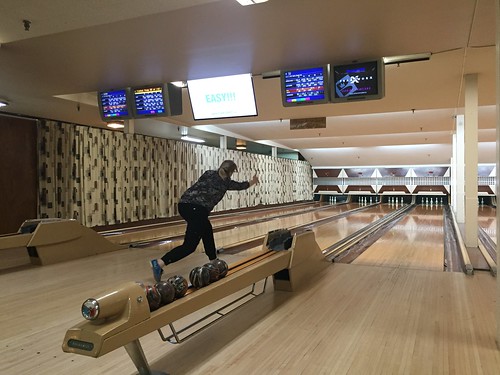 They have sixteen five-in lanes, and the only remaining wooden lanes in the city. The space feels worn in, laid back, and comfortable, and we had such a great time bowling one game that we stayed for a second. 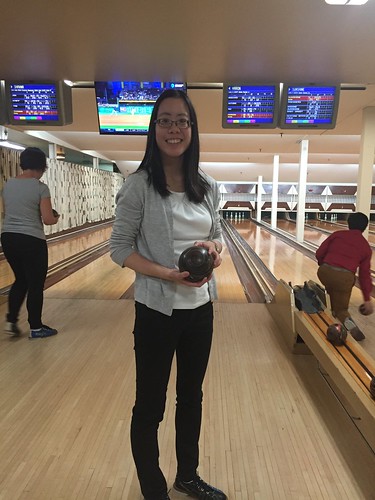 Because Plaza Bowl doesn’t have a full kitchen, they allow groups to order food in. In this case, Eats on 118 wanted to showcase another business off the Avenue – Otto.

Whereas Plaza’s refrain is “craft beer and bowling”, Otto operates on “craft beer and sausages”. It’s a gem of a restaurant in Norwood, relaxed and family friendly. They served up two different kinds of Fuge sausages and coleslaw for us to try – the Otto dog (a bratwurst stuffed with Sylvan Star smoked gouda) was new to me, and will definitely be on order on my next visit to Otto. 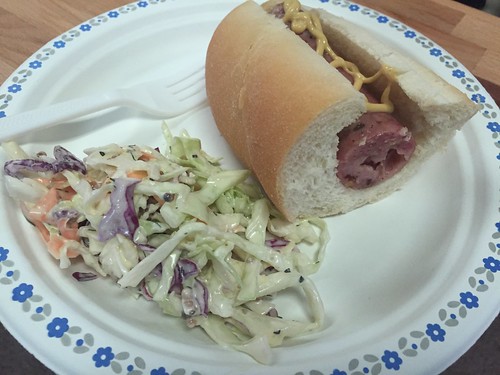 Kudos to Wild Heart Collective for putting together such a fun evening! If you missed it, you have one last chance this year to (re)discover Alberta Avenue – the last Eats on 118 takes place on August 30, and tickets are just $42.