This is the fourth and final post about our trip to BC back in October. You can read about our Kelowna, Penticton and Oliver highlights as well.

We ended our BC trip in Osoyoos, another town that neither Mack or I had visited before. Although there were some points of interest in Osoyoos, the attractions we were most drawn to were actually beyond its borders.

We were told by multiple people that the Watermark Beach Resort was the place to stay in Osoyoos. Because we were hoping for a relaxed vacation with a lot of down time, it made sense to for our longest leg to take place here. 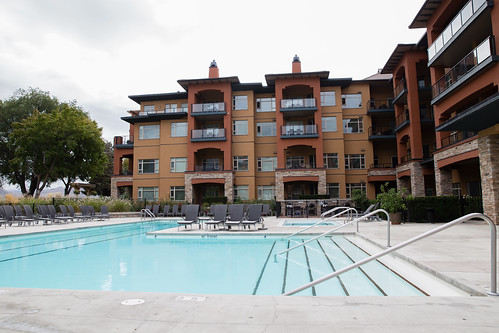 However, I didn’t realize until we arrived just how small the community is – under 5,000 – so amenities were fewer than expected. That said, while reviews indicated that the Watermark may not be the most serene place during high season, just before Thanksgiving, we felt like we had the place to ourselves. We were upgraded to a two-bedroom, two bathroom suite (the extra bathroom felt like a luxury given Mack and I share one between us at home), and the hot tub and pool area rarely hosted more than a handful of guests at any given time. The weather, unfortunately, prevented us from making use of the beachfront area outside of brisk walks, but it added to the low-key feel of the property. I will say that because we just departed the very personalized service at the bed and breakfast in Penticton, the Watermark felt much more corporate, but I’m not sure how such a large facility would be able to operate otherwise.

Osoyoos was the home of my favourite bakery of the trip, Lake Village Bakery, which had deliciously flaky sourdough croissants. Located a stone’s throw from Osoyoos Lake, we greedily consumed our treats overlooking the water, trying not to make too much of a mess. 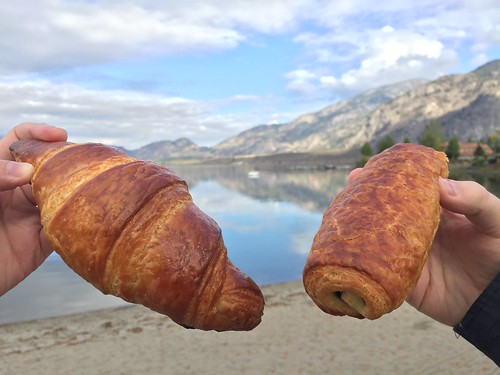 Although most of the area’s wineries are located north of Osoyoos, NK’MIP Cellars has the distinction of being the first (and only) Aboriginal-owned and operated winery in Canada. With a desire to learn about their history, we signed up for a guided tour. NK’MIP was born from an enterprising chief, who wanted to make the most of the land. 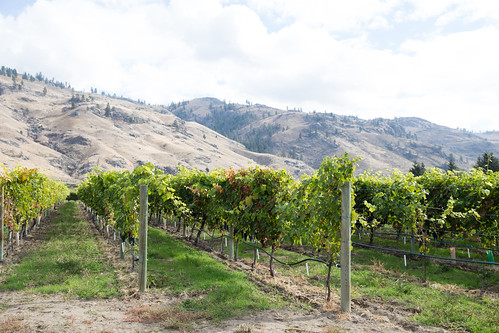 Although the transformation of reserve land started with an RV park, it eventually grew to include the winery, a hotel and conference centre, and a desert museum. We were surprised to learn Osoyoos Indian Band is actually quite small, made up of only 500 members. 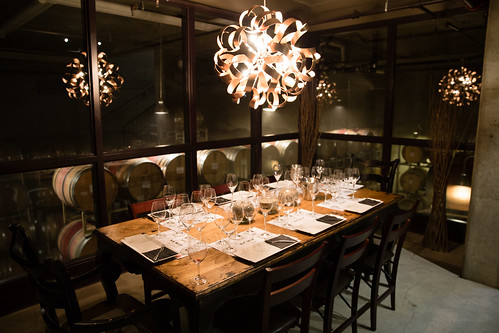 Tasting by the cellar

The winery was perhaps even more visually striking than Covert Farms in Oliver – with the surrounding barren  landscape, it’s a small wonder a viable, agricultural-based business can thrive in the area.

Initially, I skipped the section in Jennifer’s book about the Similkameen Valley, because I wasn’t sure we’d have the time for a detour. But after looking at the map and realizing the valley’s proximity to Osoyoos, we hived off a day to take our time in the area. 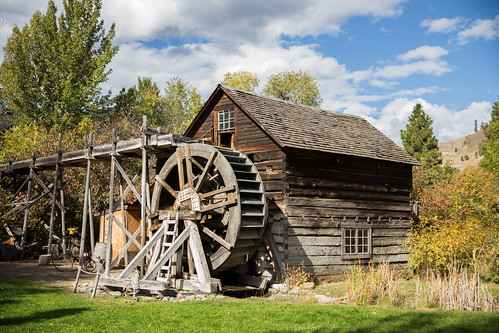 The highlight was a visit to The Grist Mill in Keremeos, a museum built around a historic 1877 waterwheel-run flour mill. We spent some time wandering the grounds before spending a full hour with Cuyler Page. 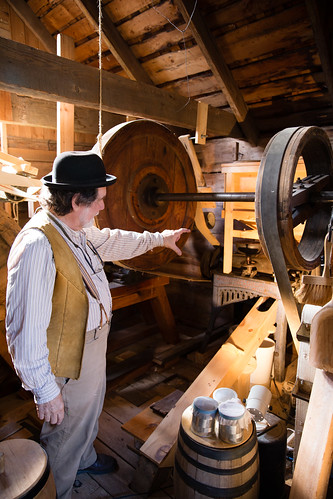 He was in the process of rebuilding the leavers and pulleys inside the mill, and spoke at length about the history of wheat and milling (including his involvement, humbly stated, in bringing red fife wheat back to prominence in Canada). As Mack commented that day, it’s likely we only scratched the surface of his knowledge. 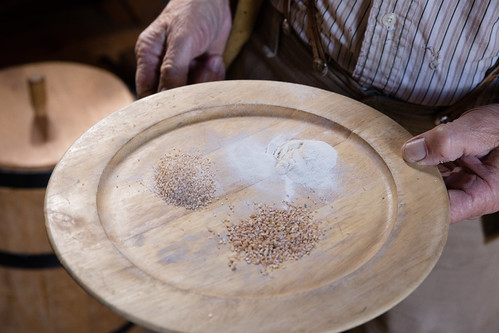 The Grist Mill also features a cafe with a small menu of soups, sandwiches and baked goods. The food was nothing fancy, but tasted homemade and wholesome. It definitely helped to round out our stop.

During our trip, we learned that cider houses are up and coming in the Okanagan, with several having opened up in the last few years. Twisted Hills in Cawston is among them, and we stopped in to have a taste of some of their ciders and sparkling juices. 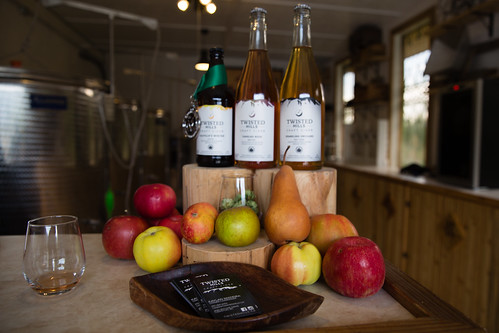 It’s a small operation that isn’t quite salient yet (the owners planted on family-owned land), but given they were sold out of many of their offerings, it’s a good sign. Though we found the Calville’s Winter a tad on the sweet side, we enjoyed our visit to the farm.

Apparently Benja Thai is known as "Thai worth the drive" in Keremeos. The fact that a Thai restaurant exists in a town of 1,200 is a feat in itself, but the family who runs it demonstrate their wonderful hospitality during our visit, and we could see how they’ve built up a loyal following. Mack especially enjoyed the green curry, and the pad Thai hit the spot for me. 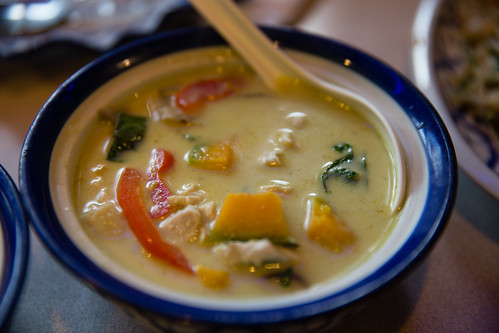 It was a whirlwind week in BC, but I think we made the most of it, and discovered some hidden gems along the way.