Last week, I was among those invited to attend the media showcase of The Purple Pear, the rebranded cafeteria-style restaurant inside the Telus World of Science. Open since September 30, 2016, the eatery has had a complete makeover, from the dining room to the menus.

The entire space has been transformed – from the herb garden lining the newly-installed windows and the much cleaner purple and white colour palette, to the subtle aurora borealis accent lights. 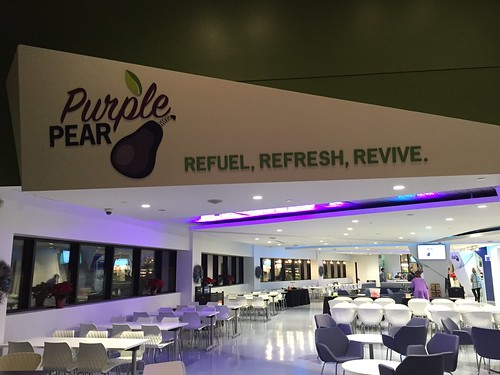 If you’re wondering about the name – it was generated through an internal contest. Staff were invited to submit entries and the most popular one was selected. “The Purple Pear” was chosen because it echoed TWOSE’s colour branding, and relating a theme of science, is something not found in nature. You can find the name of the staff who submitted the entry on the menu – as the winner of the contest, Mikhaiel had a pizza named after her. 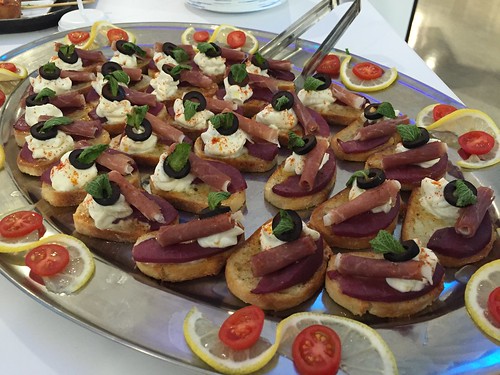 As expected, the menu features a lot of kid friendly options, but also some more interesting dishes to appeal to more adult tastes, including a prosciutto and pear salad and a tuna tataki sandwich. We had the opportunity to sample a slider version of the TWOSE stacked burger, a solid choice layered with crispy onions, cheddar, applewood smoked bacon and their house sauce. 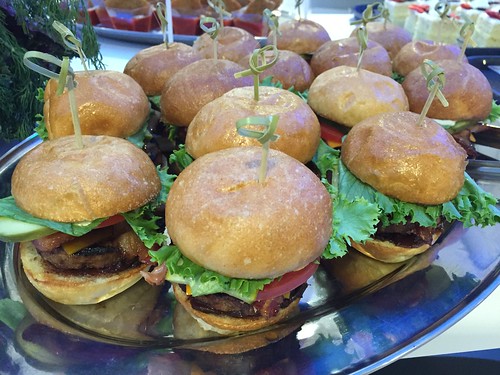 Without a doubt, the star of the new menu are their pizzas. Baked in the same high temperature ovens found at Urbano Pizza, they are ready in just minutes. My sister and I had the chance to sample two types: the Godfather ($11.95) and the Mikhaiel ($14.95). 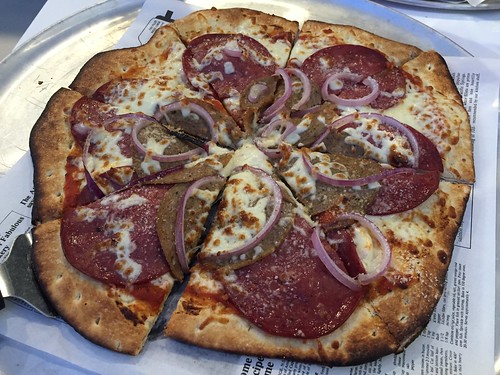 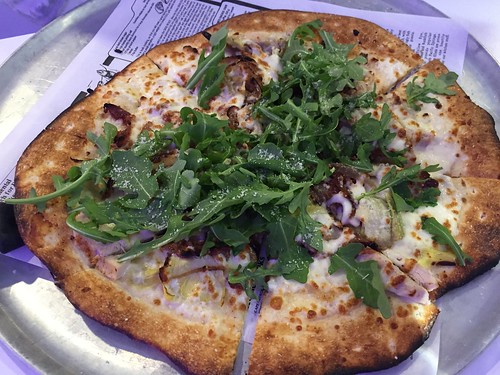 The Purple Pear is also trying to offer dishes themed for their current exhibitions. In conjunction with Angry Birds Universe, they have a “Bird Egg Pig” burger on special (unfortunately, trademark laws restrict the kitchen’s ability to name the burger). It’s a fun way for the restaurant to continue the fun to be had in the rest of the facility.

Most interesting to me, The Purple Pear hopes to appeal to area businesses and residents who are seeking different meal options. In warmer climes, they want to attract people looking for picnic lunches to take over to the underutilized Coronation Park, and perhaps in a few years when the Queen Elizabeth II Planetarium reopens, there will be even more foot traffic around TWOSE. It will take much effort on their part to increase awareness about their new offerings, as the facility has never been known as a food destination, but with some creativity and innovation, it may be possible.

Thanks to the staff for hosting the showcase, and I look forward to visiting again some time in the future!

4 thoughts on “A New Frontier for the Telus World of Science: The Purple Pear”