Generous. Compassionate. Community-minded. Pioneer. These are just some of the words that come to mind when I think about Gail Hall, who passed away on Wednesday at the age of 65 from cancer.

Gail meant so much to so many people. She was a tireless Edmonton booster, and never stopped sharing her love of local food, businesses and theatre. She was a fixture on 104 Street – at Credo, the City Market, and community events – and always made time to chat.

Liane wrote a wonderful tribute, but I wanted to share how Gail impacted my life. Gail was the person who set me on the pathway to discover local food. As I wrote five years ago:

When I first started to visit farmers’ markets, I would walk past the tables overflowing with produce and overlook the proud farmers showcasing their wares for cupcakes. To me, markets were weekend festivals – bustling, colourful, and meant only for a brief stopover. In 2007, a chance prize earned me the opportunity to cook alongside long-time Edmonton Journal Bistro columnist Judy Schultz and local food advocate (and Seasoned Solutions proprietor) Gail Hall. One afternoon was all it took to demystify the market; it was the first time I saw the market for what it really was – a plethora of farm fresh ingredients, and a direct link to the producers who grew or raised it.

Sourcing local food has now become a large part of my life; a weekly trip to the local farmers’ market is routine. And I continue to patronize many of the producers I first met nine years ago because of Gail’s introduction. 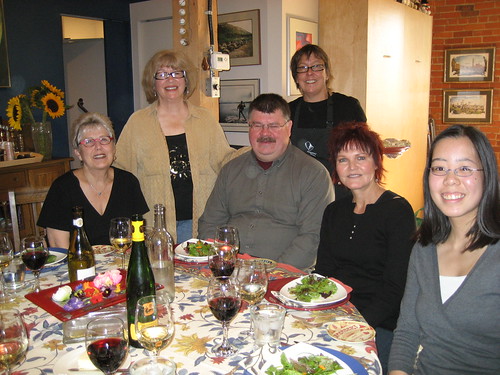 Meeting Gail for the first time in 2007

This also influenced where Mack and I chose to live. In 2009, we moved into a condo on 104 Street, just down the street from Gail and her husband Jon. This decision was in part driven by our desire to buy local:

An objection we often hear about shopping locally is the inconvenience of it – nowhere to park, limited hours, selection that rewards early birds. By choosing to live right on 104 Street – the home of the City Market – that isn’t a problem for us. And in the same way we value public transportation, supporting local farmers is another one of our priorities, so it helps when the barrier of distance is removed. 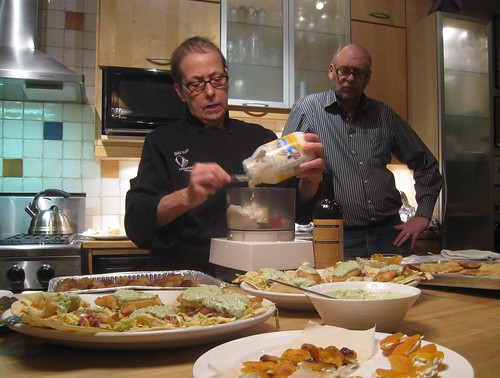 I also remember Gail’s generosity in helping me celebrate a milestone. Two years ago, my sisters had arranged a cooking class with Gail for my bridal shower. Along with my mum, we joined Gail in her home for a lovely afternoon. 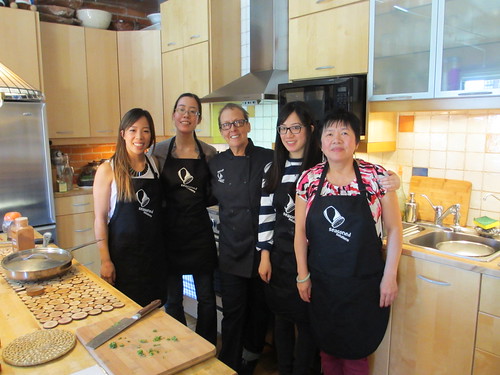 We prepared and enjoyed a meal together, but that wasn’t enough. I joined a larger group of friends for dinner at Tzin down the street after the class, and Gail called the restaurant and ordered another two rounds of their famous bacon for the table. It may have been a small thing for her, but the unexpected gesture meant a lot to me.

Gail has impacted the way that I eat, cook, and connect with my community. There aren’t enough words to express my gratitude, so I’ll just say – thank you, Gail.

One thought on “In Memoriam: Gail Hall”