Edmonton has a sweet tooth! Three dessert-based businesses have run successful crowdfunding campaigns this year: Sugared and Spiced raised more than $55,000 towards their brick and mortar bakery, Confetti Sweets reached their $20,000 goal to help them open up a third storefront, and upstart Caramia Caramels just passed their $13,000 target to purchase commercial equipment. It’s wonderful to see the community step up to support these local businesses, especially during tough economic times. I sat down with Alysia and Tammy Lok of Caramia Caramels this week to learn more about their story.

Alysia and Tammy have known each other for twelve years, best friends first and now sisters after Tammy married Alysia’s brother. They’ve always wanted to work together, but the right project hadn’t come up until Tammy discovered fresh caramels while on her honeymoon in Europe. Alysia didn’t even like caramels until she tried some of the sweets Tammy brought back with her. When they couldn’t find similar caramels (they weren’t aware of Red Balloon Pie Company), the idea of Caramia Carmels was born.

Tammy fell in love with the burnt sugar taste, and the layers of complexity that can be achieved with simple ingredients. Caramels, she said, are also a blank canvas for flavours and texture. 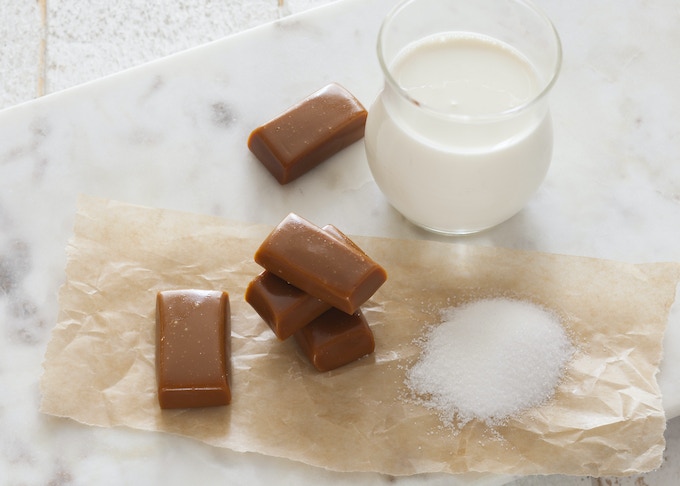 They launched the business this year at the City Market, and were bolstered by the feedback they received. Alysia’s favourite moments involved watching people’s reactions as they tried a fresh caramel for the first time. For this reason, even if their business grows, in-person sales at a market will continue to be a staple so they can interact with customers.

They quit their jobs this summer to focus on Caramia Caramels full time, but realized they needed larger scale equipment to increase their product capacity. The Kickstarter campaign was meant to raise the $13,000 they needed for a candy cooking machine, but since they’ve exceeded that goal, any additional dollars will be funneled into setting up the rest of the commercial kitchen.

Even though their business is less than a year old, Alysia and Tammy have made supporting charitable causes a cornerstone of Caramia Caramels. They donate caramels and some proceeds to local women’s shelters, hoping that their caramels can help spread some happiness. Alysia and Tammy recounted a recent group meeting they attended at a shelter, and were heartened by how hopeful and strong the women were in spite of the obstacles and challenges they were facing.

Their Kickstarter campaign closes on November 28, but for a quicker fix, you can find Caramia Caramels at numerous markets this holiday season. Their product is also available at Swish Flowers and at the newly-opened Hyatt Place.

It’s great to see small businesses flourish in our city – I wish Alysia and Tammy the best of luck as they continue to spread their love of caramels in Edmonton!