I hope you all had a great long weekend! Only a month left of summer, so make the most of it if you can! On to this week’s food notes: 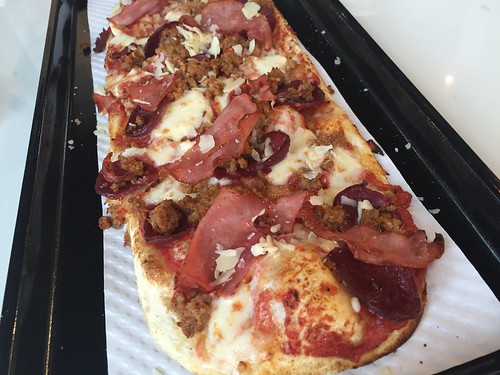 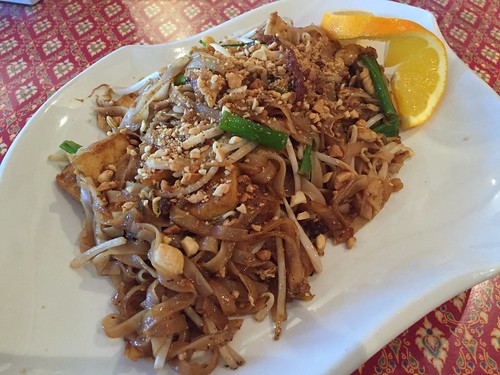 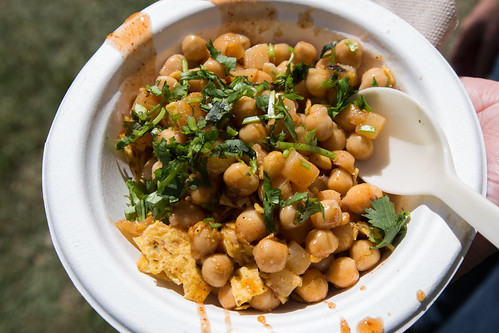 The chot poti from Bangladesh was one of the best values we encountered (just 4 tickets), a satisfying bowl of chickpeas with a spicy tamarind-based sauce. Based on the description, we were expecting egg instead of tortilla chips, but we did appreciate the added crunch. 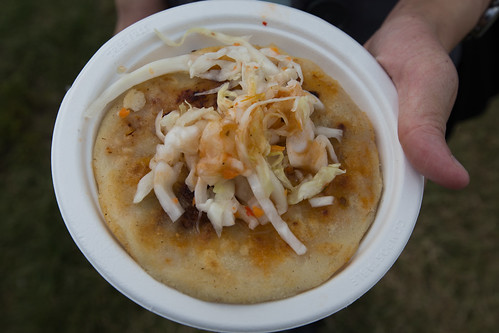 The pupusa from Guatemala was the perfect combination of cheese, beans, pork, and a hint of spice. 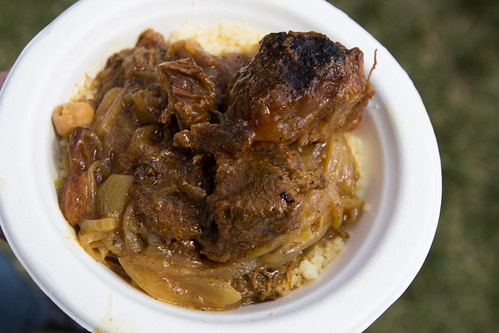 Mack and I were also satisfied with the couscous and beef from Morocco, which featured a decent portion of meat for 6 tickets. 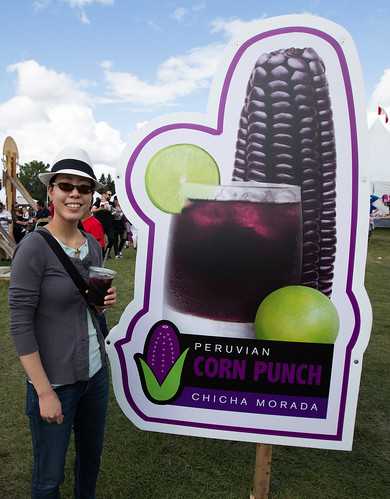 The chicha morada from Peru, a purple concoction said to be made from boiled purple corn, pineapple, cinnamon and lime, tasted like none of those ingredients to us, but was still refreshing to drink on a warm day. And, well, one can’t fault them for great marketing. 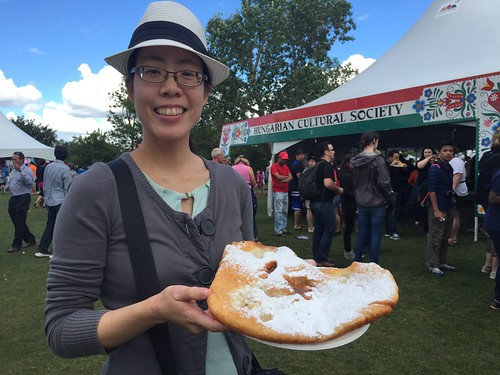 The only real line up we encountered was at the Hungary pavilion. But it was worth the wait for langos (even if the icing sugar-topped version isn’t the most authentic).