It’s really too bad Edmonton’s only prix fixe dining festival (RIP Fork Fest) isn’t city-wide like Calgary’s Big Taste, or twice a year, like Toronto’s Summer and Winterlicious. But Downtown Dining Week, now in its thirteenth year, has provided a consistent opportunity for Edmontonians to sample the cuisine of the core.

I’m not sure if it is the current state of the economy, or whether people were just taking advantage of the promotion, but this year’s Downtown Dining Week seemed busier than previous festivals. After perusing the menus, I made two reservations: one at a fairly new addition to the neighbourhood, and a second at a tried-and-true establishment.

I was one among many who mourned the loss of Tavern 1903 at the end of 2014. Mack and I found ourselves there often, swayed by their combination of fantastic cocktails and inventive small plates. Thankfully, the vacated space in the historic Alberta Hotel did not stay empty for long – Chef Spencer Thompson (formerly of Toast Fine Catering, based at the Old Strathcona Farmers’ Market) moved in less than a year later, when Alberta Hotel Bar and Kitchen opened. I hadn’t yet had a chance to visit the restaurant, and there was no better opportunity than Downtown Dining Week to do so, all while catching up with some girlfriends.

The interior of Alberta Hotel Bar and Kitchen (an unfortunate mouthful of a name) hasn’t changed much from its predecessor, retaining the vintage bar and polished dining room, right down to the furnishings. The only difference that we could discern was a more cramped seating area – our table and the party next to us were wedged uncomfortably in the corner. And though it’s difficult to manage sound, given the open flow between the two rooms, the 80s pop music emanating from the bar seemed more suitable for a diner than a dining room laden with white table cloths.

No doubt, the $28 three course menu was a great deal. It seemed many others found it an equally big draw, as our server indicated that on the Monday of the same week, they served 300 patrons, tripling their usual covers that night. It was so successful that they decided to continue the fixed $28 three course offerings every Monday even after the close of Downtown Dining Week.

Even though we had the choice between two appetizers and two mains, all three of us ended up with identical meals. The bone marrow agnolotti was tasty, layered with brown butter and mushrooms, but I would have preferred the pasta to have been cooked a touch more. 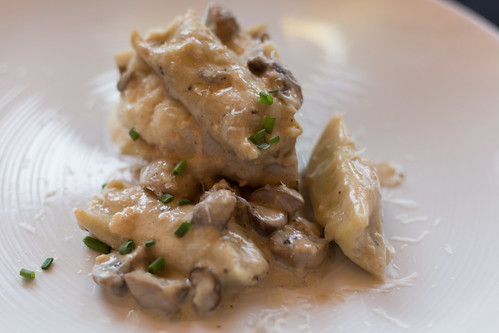 The grilled swordfish main, served with a caper, red currant and pine nut beurre blanc was overdone, but the standout aspect of the dish was the creamy side of Gold Forest Grains farro. 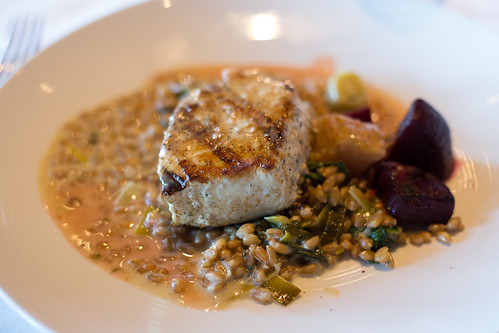 The dessert, a chocolate fondant with warm caramel and graham cracker streusel was a bit inconsistent at the table. I found mine on the molten side, but the banana ice cream served alongside more than made up for it with its intense, concentrated flavour. When the pastry chef Kai Wong moves to her own bakery, I hope the ice cream will be on the menu in some form. 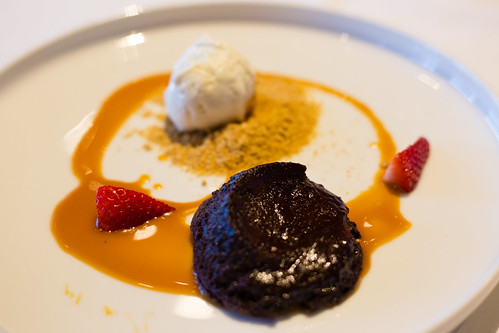 While our meal at Alberta Hotel was somewhat inconsistent, we did enjoy the overall experience. Our server was friendly and attentive, and the dishes were enticing enough to warrant future visits.

My second Downtown Dining Week reservation had to be at the Hardware Grill. Some of those dishes and drinks we loved at Tavern 1903 migrated to its established sibling, and it was about time for us to reacquaint ourselves with them.

One of my long lost loves was the Desert Shrub cocktail, a delicious combination of prosecco, grapefruit juice and tequila. 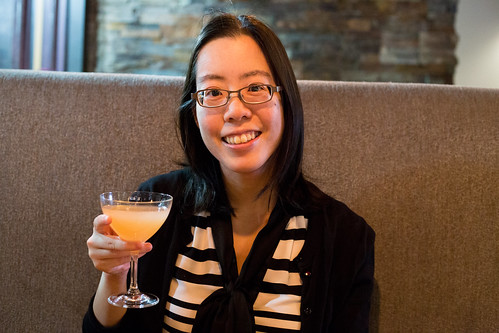 It’s been too long

Though the city’s love affair with cauliflower seems to have ended, the Korean fried cauliflower dish is classic, and perfectly made every time. 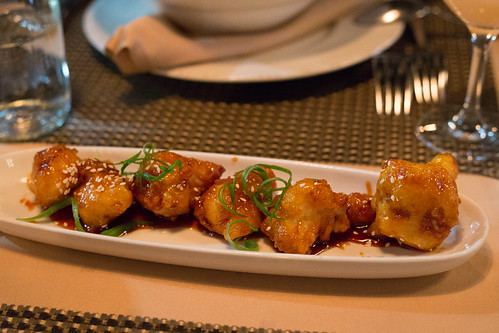 Those drinks and dishes were in addition to the $48 three-course prix fixe menu, so the upsell worked on us. Hardware has had an ongoing $50 three-course promotion, called a "before sunset" menu for some time, but it has since expanded it from early seatings on Mondays to Thursdays to include all seatings on Mondays to Thursdays plus early seatings on Friday and Saturday. One has to assume the restaurant’s reputation as a special occasion restaurant has to hurt it more than others in an economy like this.

But like the consistency of the kitchen, Hardware Grill always delivers on service. We’re always impressed by the professional but easygoing nature of the servers – they always manage to ease the formality of the restaurant with humour and grace, and are easily the best team in the city.

We had far exceeded our 1.5 hour stay (as mentioned on the Downtown Dining Week menu), but we were never rushed. We felt bad, however, when leaving and realizing that there were a number of parties waiting for a table in the lobby.

While I will still hold out hope for a resurrection of Tavern 1903 in some form or another in the future, it’s nice to know that I can still satisfy my cravings at Hardware Grill.