It seems wrong to talk about food trucks when there’s snow on the ground, but I wanted to get one final post in before the end of the year for reasons of sentimentality. You see, this will be my final year with What the Truck?!, the food truck festival I co-founded with Mack five years ago. 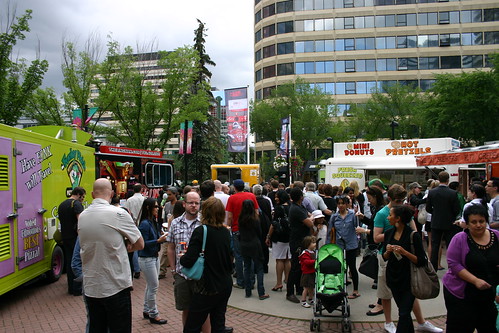 Our first WTT event in 2011 at Beaver Hills House Park

In some ways, it seems like just yesterday Mack and I stumbled upon Off the Grid in San Francisco, the inspiration behind our desire to see something equally vibrant at home. But in other ways, given the exponential leap the Edmonton food truck scene has made since 2011 (from 7 to over 70 vendors in 2015), looking back, it’s easy to see how far we’ve come in that time. 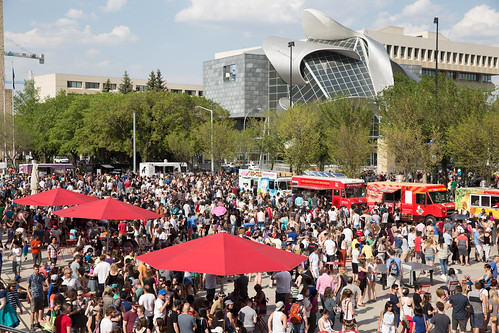 Our first WTT event in 2015 at Churchill Square

I will always have a soft spot for food trucks. I admire the passionate entrepreneurs that put their hearts and souls on the line, creatively finding a niche in the ever-competitive street food market, and often braving unpredictable weather conditions. I’m so proud of the vendors who made the leap from mobile to storefront (Filistix, Nomad/Woodwork, Drift/Dovetail, S’wich and soon, The Local Omnivore) and believe their success is a testament to their hard work and the quality of their food.

But I know that it is time for me to step away. I don’t have the same energy to foresee the calendar of events for the summer season, and want to avoid doing a disservice to the trucks. That said, it has always been a goal for Mack and I to, with a sustainability plan in place, transition out (Mack will be staying on for one final year). We’ve since applied for non-profit status to solidify What the Truck?! as a formal society. In addition, over the past two years, we’ve deliberately grown our team of volunteers to include individuals with an equal passion for food trucks who also believe in the power of creating gathering spaces. I am more than confident that this team will carry the torch of What the Truck?! for years to come.

In some ways, it was fitting for our little festival to receive a proclamation from the City at our final event of the year (awarded by Councillor Andrew Knack, who has been a big supporter of What the Truck?! from year one). At our September 11, 2015 finale, the day was declared “What the Truck Day” in Edmonton. Knowing it was my last event, it was bittersweet. 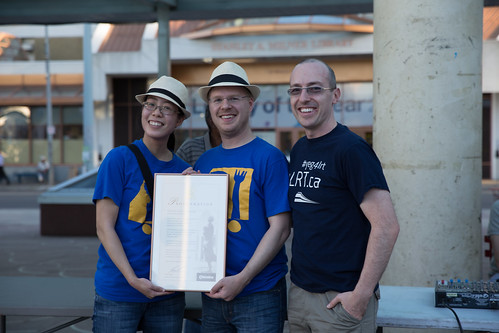 With Councillor Knack and the proclamation

Even though the weather was fantastic, we didn’t see the extensive crowds that helped us inaugurate our fifth season back in May. We continue to learn about the ebb and flow of patrons, and recognize now that by September, food trucks don’t really have the same cachet as in the spring, when Edmontonians are eager to shed their layers in anticipation of enjoying all things al fresco. 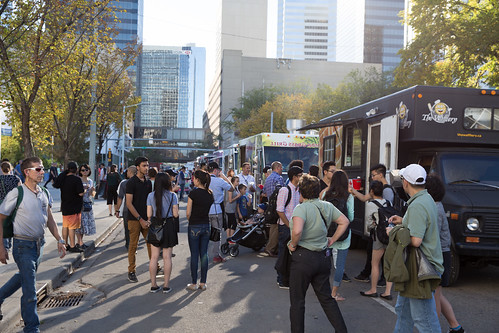 Last event of the season

Still, those that attended had a great time. We awarded our first ever front-of-the-line golden tickets (which enabled pre-event access to the trucks), and hosted two DJ stations for the first time. 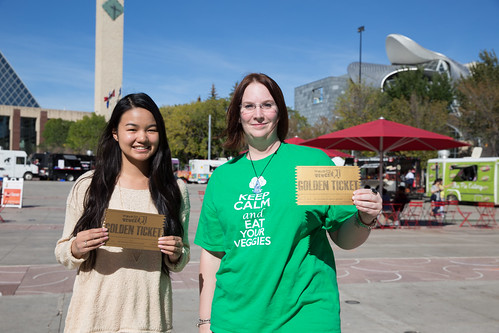 We also welcomed several vendors into the What the Truck?! fold. It is definitely true that our scene has been enriched by the diversity of choices now available on the streets of Edmonton. 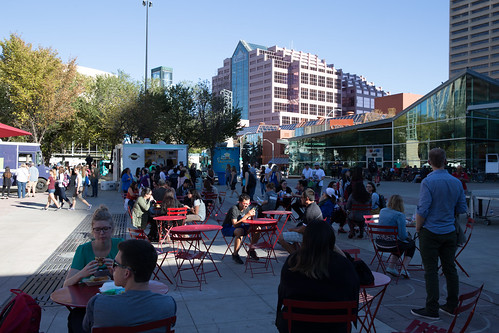 Thanks to everyone who has taken the time to come out to these events over the five years – we would never have been able to grow What the Truck?! to this point without you. And to the team – Mack, Melina, Caleng, Katherine, Mikhaila and Su – I am looking forward to being on the other side next year. I can’t wait to see what you accomplish in 2016!

5 thoughts on “A Personal Farewell to What the Truck?!”