It’s been a whirlwind of a long weekend, but a good one. Hope you’ve been enjoying the sun, as we go into our last month of summer (too soon, I know!). On to this week’s food notes: 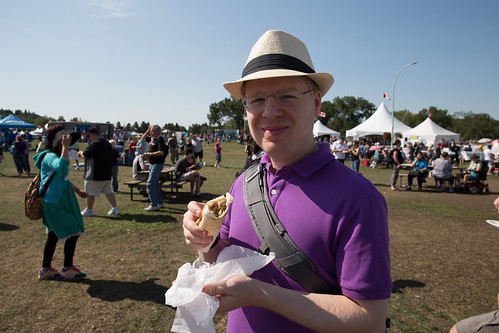 Lebanon was a big disappointment – the chicken shawarma was expensive at 8 tickets, but was small and cold. 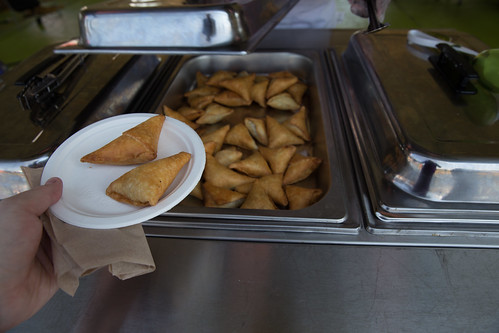 The samosa from Rwanda (6 tickets) were hot, and filled to the brim with beef, onions and peas. 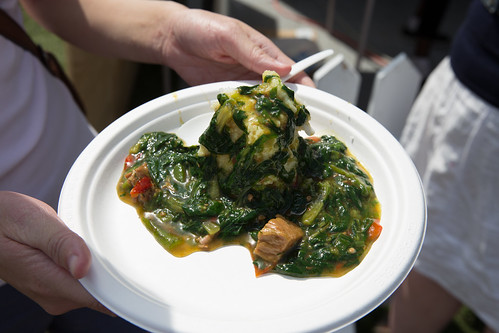 The mula beled, mulukhia (3 tickets) from South Sudan wasn’t listed on their signage, but was worth asking for from the program, as it was the best deal. The spinach and beef stew served over fufu could have used a bit of salt, but that was our only critique. 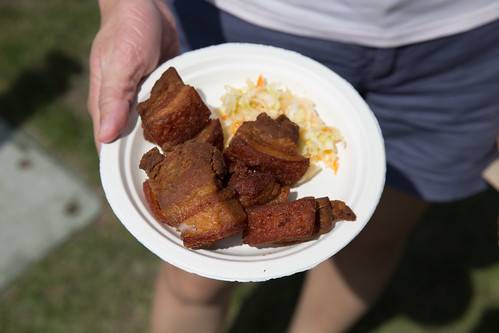 Haiti could have better advertised their pork (8 tickets), which was essentially deep-fried pork belly. It was a healthy serving that was meant to be shared among many.

Hope you enjoyed your Heritage Festival visit, too!