Edmonton might seem like an odd choice to hold a national wine festival, given we can’t produce grape vintages in Alberta, but apparently our neutrality in part helped sell the idea of Northern Lands to wineries from across the country. Billing itself as the “largest gathering of Canadian wineries from coast to coast”, the two day festival featured twenty producer dinners at restaurants across the city, wine seminars, and cumulated in a stand up wine and food event at the Shaw Conference Centre on March 28, 2015 called Meet Your Makers. 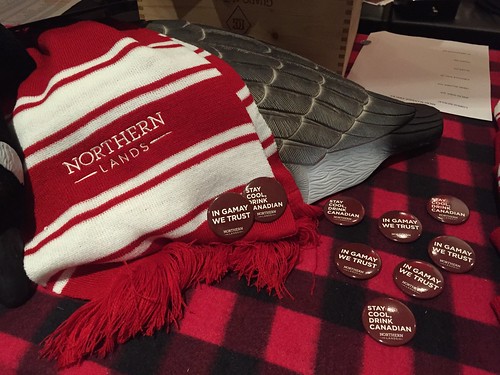 Festival Director Gurvinder Bhatia is no stranger to organizing large-scale food events. In 2012 and 2014, Gurvinder’s brainchild Hot Chefs, Cool bEATS successfully brought together some of Edmonton’s best chefs for an evening of food and drink with a backdrop of eclectic entertainment. With Meet Your Makers, we could definitely see the resemblance to Hot Chefs (including some familiar faces), but the spotlight on wine was a definite departure.

The event was sold out, so we tried to arrive early to avoid the crowd. Maximizing the space, the lobby of Hall D had been set up to feature breweries, with a few food stations sprinkled between. 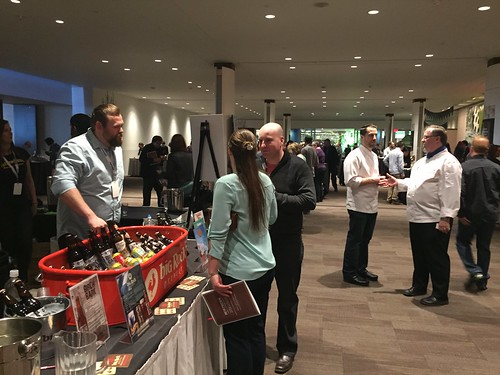 It was great to see so many of the city’s prominent culinary professionals under the same roof. In spite of the fact that it was a Saturday night, chefs were front and centre, serving up their creations to the 800-solid crowd. The organizers also enhanced the bill with appearances from several key names from “abroad” – namely, Vikram Vij and Charcut’s John Jackson and Connie DeSousa. 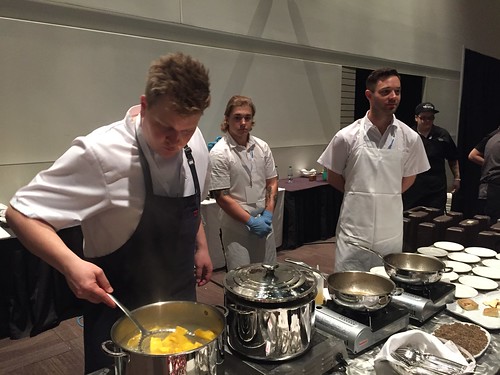 Tickets to the event were $85, and by the end of the evening, we knew we had reaped their value and then some. Although portion sizes were reasonable, with twenty restaurants, the food definitely added up. 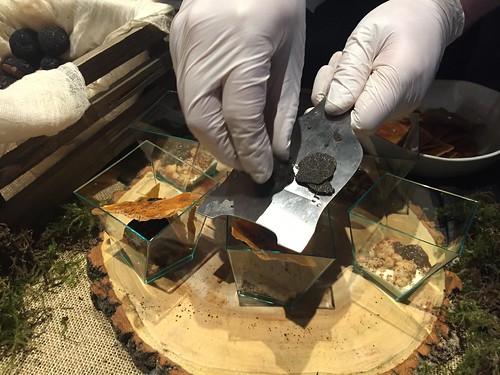 Yes, that is truffle being shaved onto a forest floor-inspired dessert from Duchess

Among our favourites that night were the Tangle Ridge Ranch lamb and olive arancini from Century Hospitality Group and the Rajasthani-style goat meat stew from Vij’s. 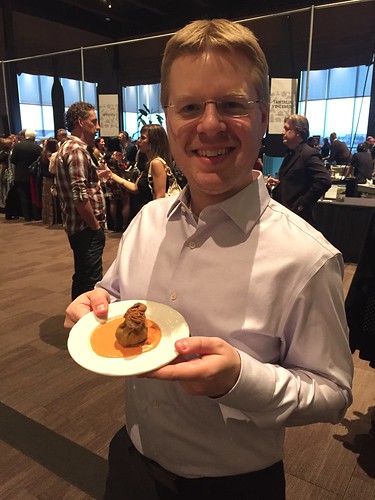 Though we did have our share of wine that night, with 47 wineries pouring over 150 different wines, we were a bit over our head. We did gravitate towards the names we were familiar with (such as Joie, Cave Spring and Mission Hill), but it was also a pleasant surprise to learn about some new producers. For example, Mack and I didn’t know that Kamloops is now home to three wineries (we had spent some time there for a conference a number of years ago). 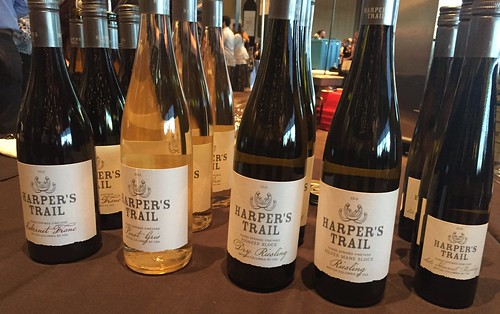 Harper’s Trail, one of our Kamloops discoveries

While we also did our best to pair wine with the food we were sampling, it wasn’t as seamless as it could have been. Often, Mack and I ended up splitting up – he’d grab a wine to try while I waited in line for the dishes. Still, we did encounter a few wineries that asked what we’d be eating next before pouring a selection. 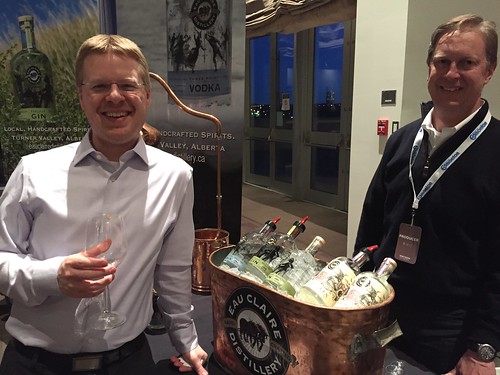 There was also a bit of off-kilter fun in the hall – a seemingly random ping pong tournament pitting producers against one another. At the very least, when else can I say I watched Vikram Vij flex his ping pong skills (barefoot, naturally)? 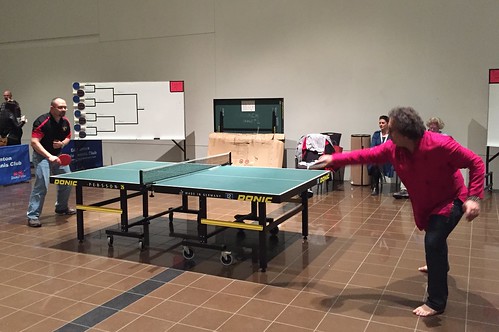 One of our favourite aspects of the event actually had nothing to do with the consumables. It was great to catch up with some people we hadn’t seen in a while – in many ways, the conversations forced us to pace ourselves throughout the evening so the walk home wasn’t as unpleasant as it could have been. 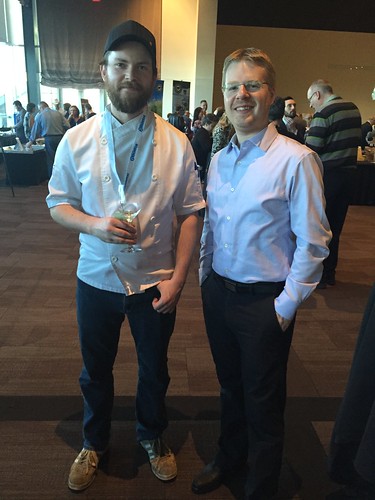 Meet Your Makers promises to return in 2016, and given its success, I’m sure it will be even bigger. It’ll be interesting to see if organizers will choose to showcase fruit wines in the future, given besides beer and spirits, they are Alberta’s contribution to this beverage market.

Congratulations to Gurvinder and his team on a great first event!