Gama Café, tucked away on a side street in Old Strathcona, was known for their unique green cap milk tea, a Taiwanese specialty drink featuring cheese foam. The space, however, was divided between the café and retail, and eventually, the former seemed to outpace the latter.

Three weeks ago, Gama opened in brand new digs further west on Whyte Avenue, with décor more fitting of a café. There is now ample seating, with plenty of cushy, cozy booths, and even a semi-partitioned area ideal for larger groups. The crystal light fixtures definitely brought an air of elegance to the space, seemingly made for lingering over coffee with girlfriends or a casual first date. 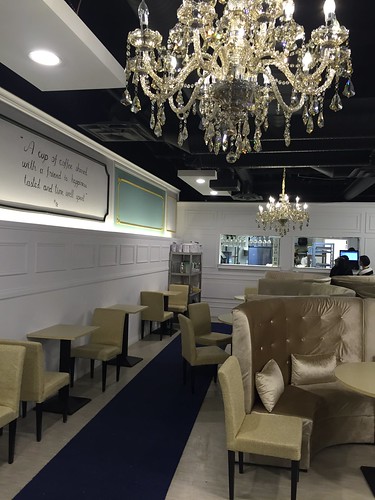 Su had noticed the new storefront a week prior, and suggested it as our meeting point on Friday for a quick bite before another engagement in the neighbourhood. That evening, we were one of several parties, so the word has been spreading quickly about Gama’s transplanted location!

With a full kitchen, Gama can now work towards offering full lunch and dinner menus. However, at this time, savoury dishes are still under development, with only three on the current menu. Both Su and I agreed that we would have to return to sample some of their desserts – the table adjacent to us had ordered the Tommi Toast, which looked like a many layered cake topped with ice cream! 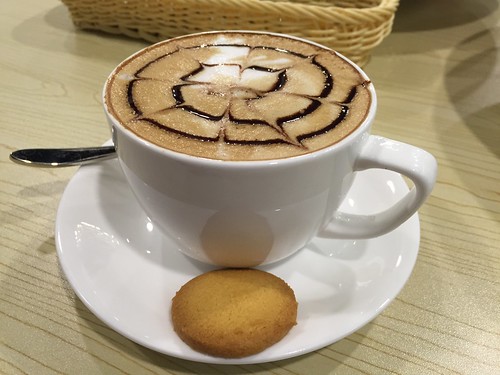 Su had decided on the porcini risotto ($13.99), while I chose the dry noodle ($12.99). The risotto arrived several minutes before the noodles, likely because the server assumed we were sharing. Although we both remarked that it seemed an odd fit for the café, the risotto was fine. The egg was perfectly poached however, and having not been referenced on the menu description, was a nice surprise. 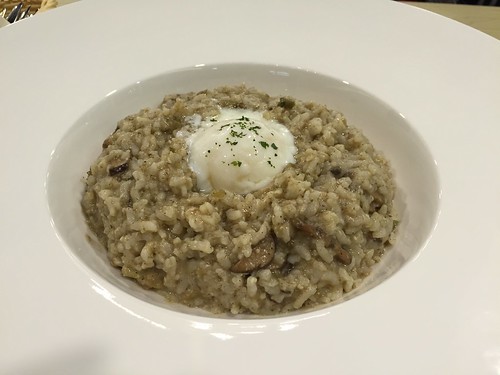 The noodles had, in fact, been tossed in a very light, flavourful sauce. The accompaniments had been minimized to a few mushrooms. Although we were assured of its authentic nature (and found the noodles themselves to be quite tasty), I’d still prefer a dish with more texture and variants. 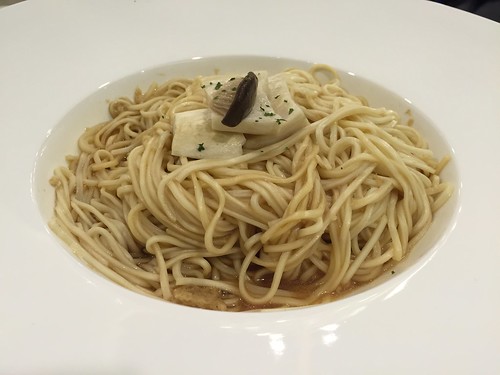 Service was spotty, but understandable considering its recent opening. It may take some time for Gama to reach its full potential in its new state, but it is full of potential! I look forward to returning in the future to see what new surprises may await on the menu, or at least to satisfy my sweet tooth.