There’s a new film festival in town, and it’s all about food! Relish Fest, the brainchild of Maria Iacobelli and The Tomato’s Mary Bailey, celebrates food in all its incarnations on the big screen. Running November 13-16, 2014 in a variety of locations in the city, the festival will be highlighting a number of local, national and international films. 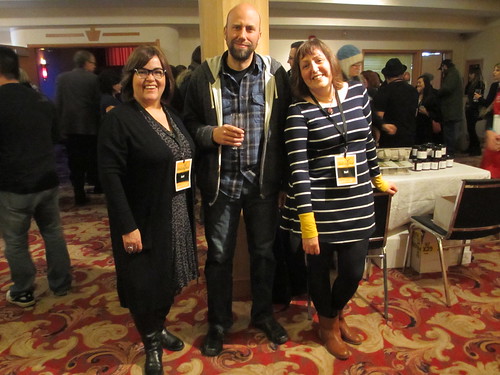 Although its inaugural year features a panel discussion and a Parmigiano & Prosecco party in addition to screenings, the organizers shared that their focus in coming year will be their “dinner and a movie” series, involving a dinner themed around a specific film preceding each screening. It sounds like a great way to spend an evening. 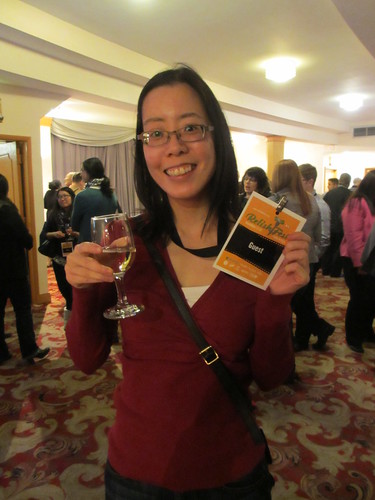 On Thursday night, Mack and I were fortunate enough to be guests at the opening reception. The film To Make a Farm, was screened, a beautiful homage to small family farms in Canada. Director Steve Suderman did a wonderful job capturing the difficulties of farm life – the relentless demands, the unpredictability of mother nature, the loneliness – but also the joy and the rewards that can come from working the land and contributing to the community through food. I was particularly moved by a scene where one farmer said a heartfelt goodbye to the pigs she’d reared and loved, just before sending them to slaughter.

After the movie, a moderated discussion featured an all-female panel: Rhonda Zuk-Headon from The Cheesiry, Cathryn Sprague from Reclaim Urban Farm, Jenny Berkenbosch from Sundog Organic Farm and Vicky Horne from Tangle Ridge Ranch. The panelists expressed that they could very much relate to the stories they watched on screen (Jenny called them “kindred spirits”), and in the process of bettering their techniques, have undergone similar learning journeys. When asked a question about future growth, and in particular, “How big is too big?”, the goal for most was sustainability, while always improving operations. 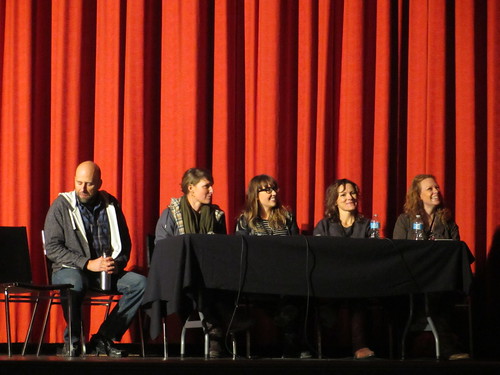 The panelists with Director Suderman

I felt the panel was a bit too rushed, and would have enjoyed more time with the panelists, but I recognize that the organizers were trying to keep things on time and moving along.

Although there was a second film screening to end the evening, we weren’t able to stay. Based on our first impressions, however, I think Relish is off to a great start! Congrats to Maria and Mary on this new addition to the city’s festival scene.

Check out the rest of the film line-up and ticket information here.

One thought on “Relish Fest: Food on Film”