Ampersand 27 has only been up and running for two weeks, but you wouldn’t know it. A few friends and I met for dinner there on Saturday night, and the dining room was nearly full. Not a surprise, even with the unannounced soft opening. Since his unexpected departure from the Lazia Group, Chef Nathin Bye (the youngest-ever chef to win the Gold Medal Plates competition in Edmonton) has been working on his next venture, and the community has been anticipating good things. Even the restaurant’s name, which references the now-forgotten 27th letter of the alphabet, conjures up the idea of unfinished business, of an underdog, and as the website states, “& is memorable. It’s an evening so unforgettable, you’ll want to come back again & again & again.” 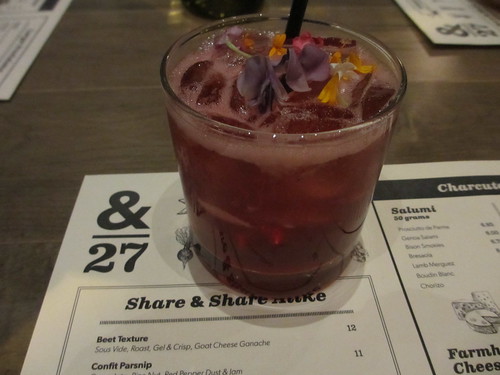 Ampersand 27 replaces the beleaguered Murrieta’s in Old Strathcona, which wasn’t able to recapture the public’s attention even after personnel changes and a menu overhaul. Part of the challenge is the size of the space itself and its awkward division into multiple rooms, especially given the trend towards smaller, more intimate restaurants. But overall, I loved the updates in the main room, which makes better use of the high ceiling. Its new sparkling light fixture, placed above two gorgeous communal wood tables, conjures up images of charming backyard al fresco dinners. 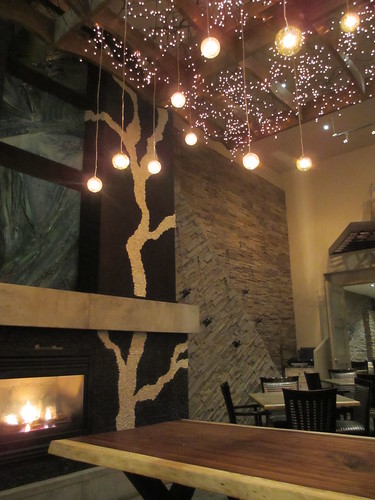 The menu, however, was disappointing. While Chef Bye probably didn’t want to alienate Murrieta’s patronage, accustomed to seafood options and a wide range, without more of a focus, Ampersand 27 risks fading into the background, indistinguishable from upscale casual chains. With four distinct sections – shareables, cheese and charcuterie, large plates and flatbreads, the menu is too broad, and fails to cement an identity. And although I appreciate the restaurant’s push towards sourcing some ingredients from area suppliers, why the extensive seafood selection couldn’t have been pared down to reflect more local options is puzzling.

We chose to share several plates, and did find gems among them. The forest floor flatbread ($15) was outstanding, with a perfectly executed dense, chewy crust, topped with earthy foraged mushrooms and a slightly tangy house-made ricotta. 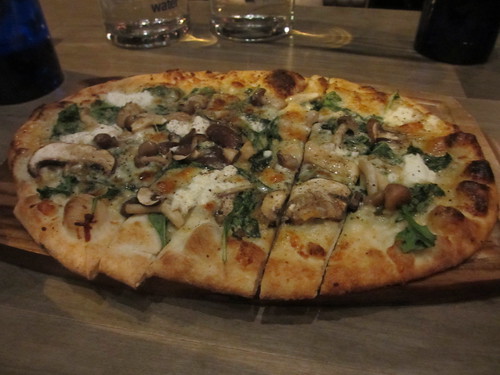 The Southeast inspired flat iron ($16) was also wonderfully prepared, with maximum flavour coaxed from the meat, served over kimchee fried rice and an assortment of pickled accompaniments. 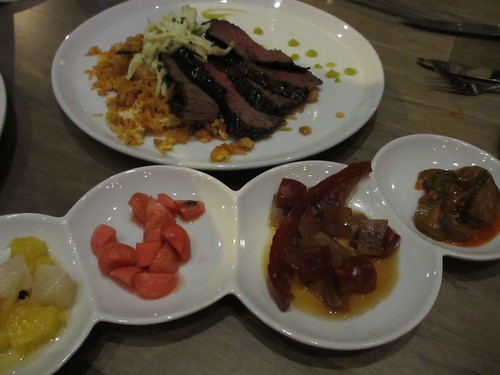 The pig ear pad thai ($16) elicited mixed reviews – I enjoyed the ears, rendered tender and almost indistinguishable from the rice noodles, while Annie would have preferred the distinctive crunch of cartilage. The heat level was also pleasantly punchy, unlike other versions made more palatable for the masses. 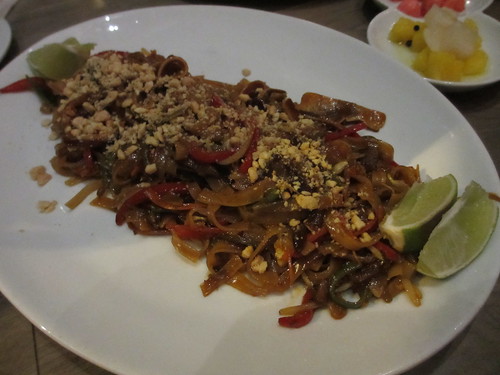 The pressured octopus ($14) was forgettable – both of my dinner mates thought the octopus was lost in the heavy-handed tomato sauce, and would have fared better in a lighter dressing. 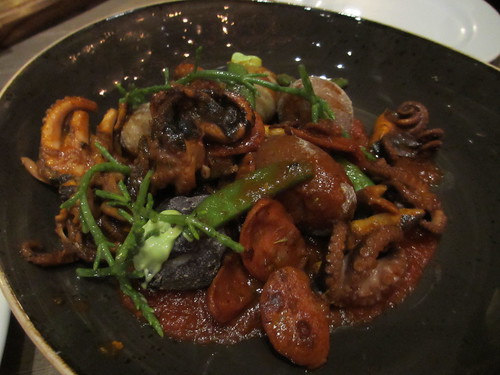 The confit parsnips ($11) were surprisingly firm, and I’m convinced roasting the root vegetables would have brought out more flavour. The red pepper jam helped somewhat, but it really shouldn’t have been necessary for sweetness. 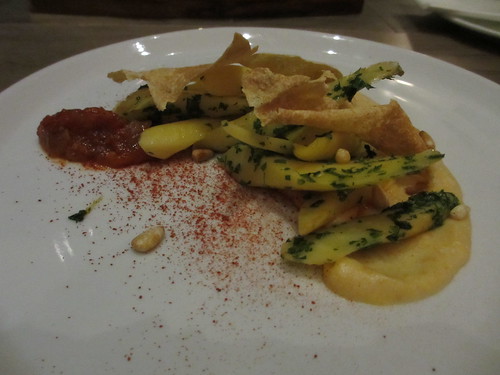 The dessert menu seemed much more post-modern than its savoury predecessor, which, although inspired by international flavours, was fairly straightforward and approachable. We had a hard time discerning what to expect of each of the dessert plates, and needed help from our server to decode the menu. Ultimately we chose rocky road ($9), when we were told there would be six “rocks” to share, easy to divide up between the three of us. 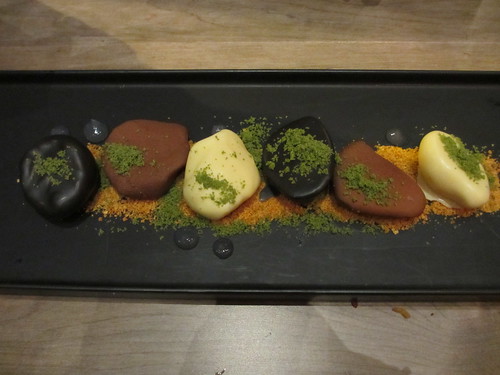 To be sure, the dish was unique, comprised of six coated rocks, each containing a different filling. Our favourite was the fruity mango, and we agreed the bed of graham cracker “moss and sand” was necessary for the added texture and dimension.

Service throughout the evening was professional, if not particularly warm. As with most new restaurants though, those finishes will likely take some time to develop.

Given Ampersand 27 is barely two weeks old, it is still too early to judge the restaurant’s longevity based on an initial visit. I just hope in the weeks to come, Chef Bye is able to further refine the menu and shape it into the memorable establishment he hoped to create.

One thought on “To Be Refined: Ampersand 27”