It’s finally here! A project nearly a year in the making, Edmonton’s Duchess Bake Shop has launched its first self-titled cookbook. Although it won’t be publically available until Wednesday, November 12, 2014, Mack and I were part of a lucky group invited to the bakery Sunday evening to not only preview the publication, but also to get our hot little hands on it first! 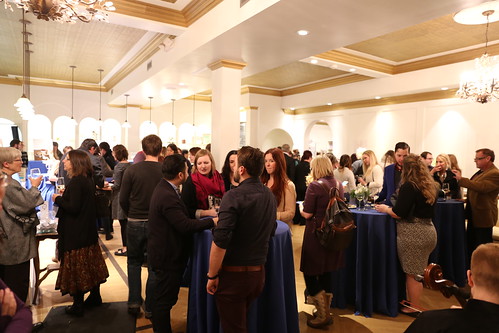 Given how popular Duchess has become in our community, it’s hard to think back to when they opened, in the fall of 2009, with just four staff. In the five years since, Duchess has grown to eighteen staff, churning out sixty-five different products, and astonishing quantities of delicious pastry, including two thousand macarons per day. 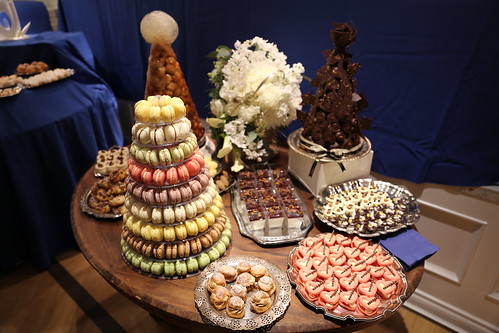 Giselle Courteau, Garner Beggs and Jake Pelletier were all born and raised in Edmonton, and their vocalized desire to “put Edmonton on the map” is one of our city’s great success stories. Borne from hard work and a scratch-made philosophy, Duchess quickly outgrew their original space, and doubled their storefront size two years later. In 2012, Duchess Provisions opened, providing specialty items to help ambitious home bakers. And that same year, the National Post pointed to Duchess as possibly the best patisserie in Canada. 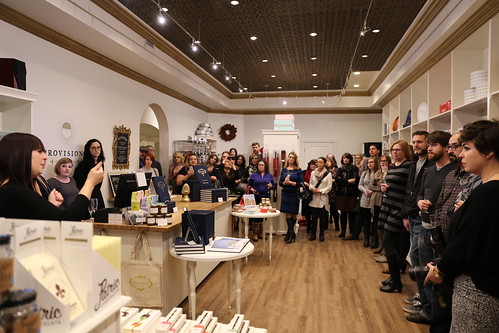 Late last year, Giselle started writing the cookbook, which steadily became a family affair. All the more astonishing, Giselle managed to complete and self-publish the book while she was pregnant, welcoming her first baby last month! 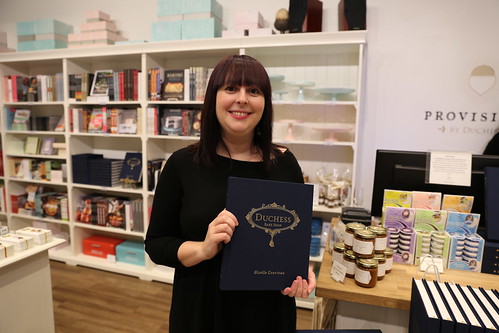 Giselle and her (other) baby!

The Duchess Bake Shop Cook Book contains nearly ninety recipes, which range from more basic cookies to the complex cakes and pastries the bakery is known for. So far, the book will only available in-store and online at Duchess Provisions (priced at $45), but a national launch is planned for next year. 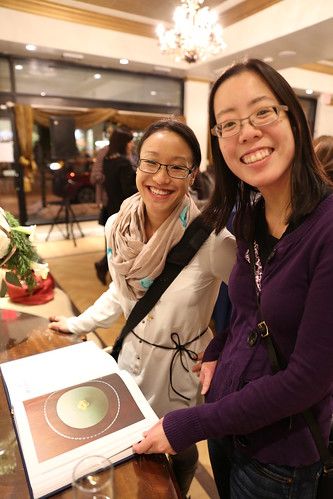 Lillian and I flip through the cookbook

I picked up a copy for myself, and though I will likely remain at the beginner’s end of the cookbook, the full colour pages are a treat to flip through nonetheless. I’m also hopeful the more studious bakers in my family might want to borrow my copy for a spin (hint, hint).

Congrats to Giselle and the Duchess Bake Shop team for this accomplishment! I’m certain the book will find its way under many a Christmas tree this year.

One thought on “The Duchess Bake Shop Cookbook Launch”