Rostizado, the restaurant from the boys behind Tres Carnales, opened back in August. It’s been a great addition to 104 Street, ensuring Mercer Tavern isn’t alone in anchoring the north end nightlife of the Promenade. 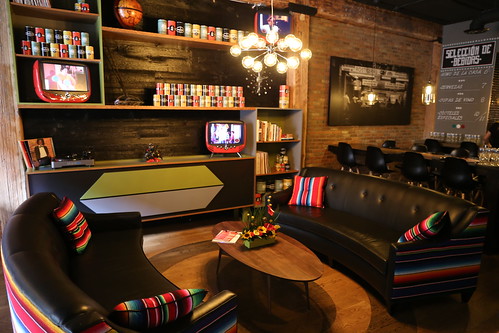 While those that were familiar with its predecessor (RIP Roast) will recognize the layout, Rostizado has enhanced the personality of the space with colourful lounge seating that acts as its de-facto waiting area and a great open kitchen with full view of their massive rotisserie ovens. They’ve also transformed the back room into a glassed-in private space, which I’m certain will see its share of Christmas functions in the coming holiday season. 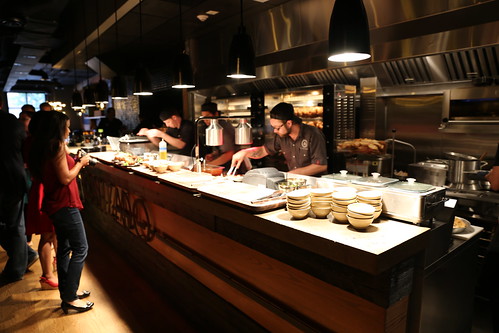 Having now been seated in different parts of the room, I’d recommend a table near the back – it’s a challenging space acoustically, and a conversation with my dinner date at the communal table near the entrance was difficult.

While I had the opportunity to check out Rostizado’s sneak peek in August, I’ve been back a few times since then to try even more of the menu. Most items are meant to be shared, which makes Rostizado a destination for those who love to sample multiple plates.

My favourite item at the opening reception was the sopes, a corn flour base topped with everything from their house-roasted chicken to smoked salmon. At present, only the latter has made its way onto the permanent menu, but I am hopeful this may change in the future – the crispy corn crust and flavourful meat was a great combination. 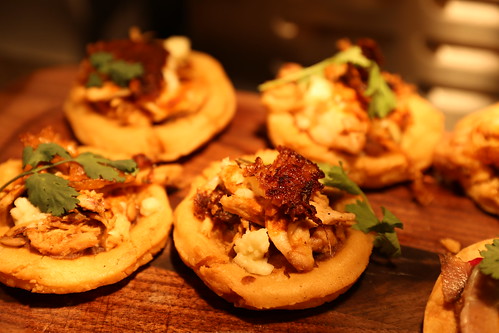 At Tres Carnales, an order of guacamole is a must – I’d also easily eat a serving of the freshly-fried tortillas on their own. At Rostizado, those addictive chips are served with their queso fundido ($16), essentially a cheese dip with mushrooms, poblano chile and onions thrown in. I thought more chips could have easily been substituted for the slightly sweet bread – their savoury, crunchy nature better paired with the stringy cheese. 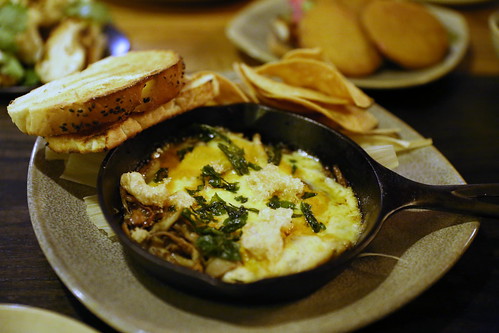 No question, the rotisserie is the star of Rostizado. The portions are incredibly generous – half orders of either the chicken or pork ($32), proposed to feed two on the menu, in reality would defeat a group of four. Served with their rosti-papas, potatoes that have soaked up all of the drippings, I have to wonder if “meat and potatoes” won’t have a different connotation in the city soon. 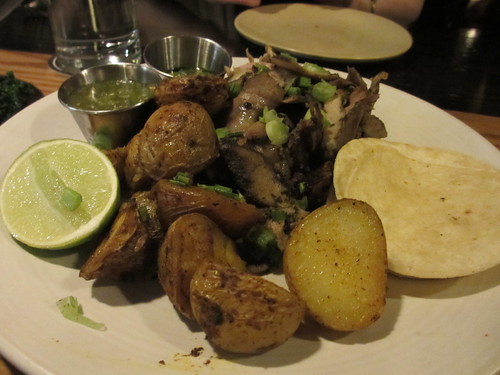 The roasted pork is very good, moist and not overly fatty, but the tender chicken ultimately earned my vote – didn’t someone say chicken skin is the new bacon? 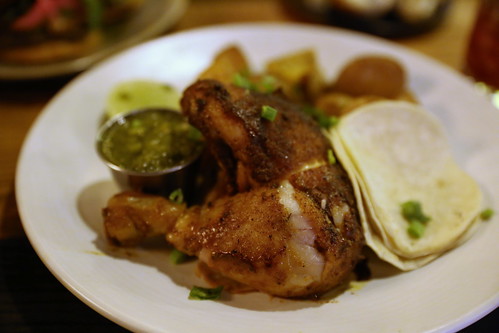 I also loved the salteados verdes (half order $7), a combination of braised kale, garlic, poblano, apple cider vinegar and pumpkin seeds. It balanced out our order of meat well, and the added texture of the seeds made it a stand-out to me. 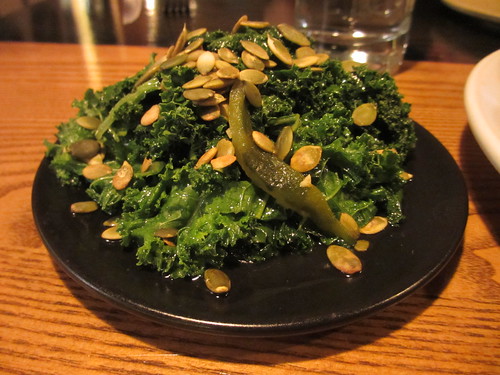 Rostizados boasts the city’s only “dedicated churros fryer”. Even with that kind of introduction, their churros ($8) lived up to expectations, crackly fried dough tossed with cinnamon and sugar served with a side of dulce de leche. 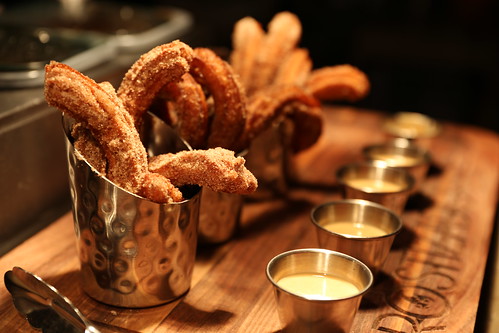 Like a handful of other local chains (Elm Café et al. comes to mind), Rostizado is also graced with a great team of staff who offer consistently excellent service. The servers were approachable about a menu full of unfamiliar vocabulary, and even on busy nights, we never felt neglected.

It’s great to see that Rostizado is flourishing – it is another option for those seeking great food in a more casual venue that doesn’t stray into pub territory. I’ll be back again, soon.