I can’t tell you how many times I checked the weather forecast in the days leading up to our second What the Truck?! event on Friday. Early on in the week, things weren’t looking good, with showers predicted on the day itself and even on the following days. Thankfully though, as Friday approached, our optimism was rewarded, and save for a few threatening clouds, we were able to stay dry! 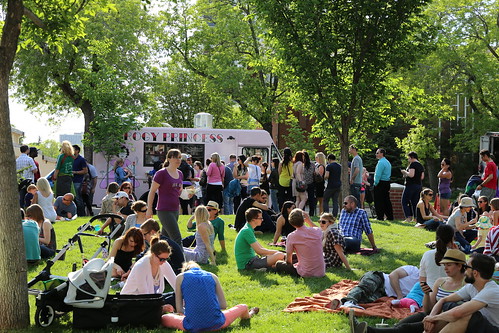 For a second year in a row, Old Strathcona played a welcoming host to WTT. And like last year’s event at McIntyre Park, we found it again attracted many young families – it was a wonderful sight to see so many children enjoying themselves in the green space. 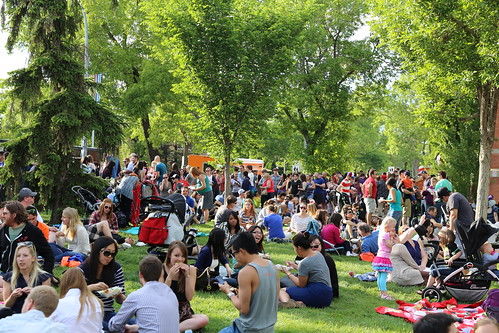 In response to the crush of lines at our last event on 104 Street, we increased the number of food trucks to fifteen. This, coupled with a steady crowd over the course of the evening, really helped to minimize the line-ups. I know I was personally able to try several more trucks this time around! 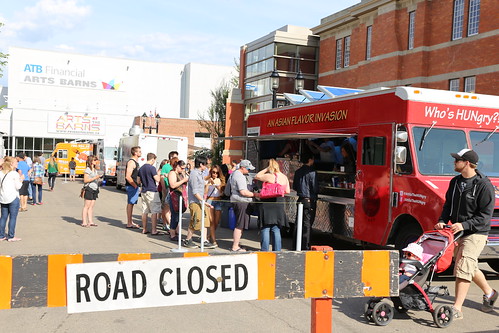 We made the effort to try some of the vendors new to WTT. I was perhaps most looking forward to the Perogy Princess, as it has been the most talked about truck this season. Their prairie poutine was a fun twist on one of my favourite dishes – perogies drowned in gravy and topped in cheese curds. 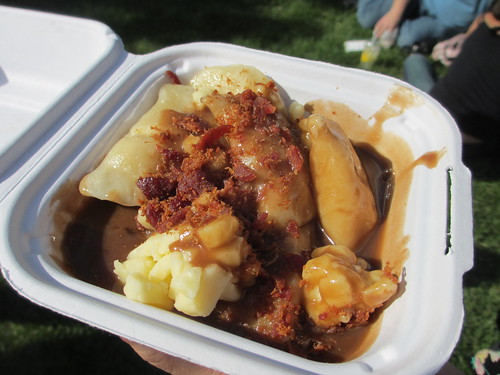 Afterbite Mobile Kitchen’s pizza rolls were an instant hit with the crowd – and after trying them myself, I could see why. How could you say no to deep-fried morsels filled with cheese, and an assortment of pizza toppings? 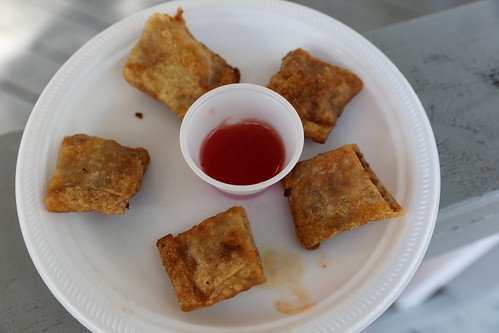 The chicken flautas from Casa Doce were a meal in itself, which I didn’t expect. They came with a generous portion of pico de gallo and a fresh underlay of lettuce. 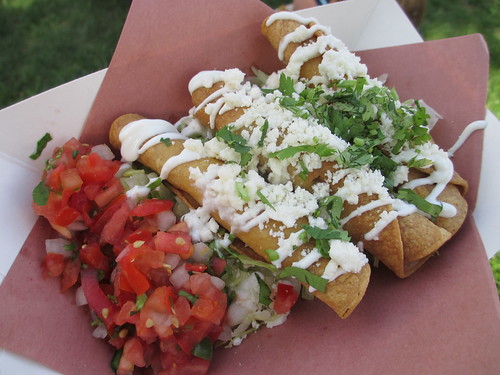 There was also quite a bit of chatter about the duck tots from Attila the HUNgry. It was definitely enough for two, tater tots topped with Thai-braised duck legs, hoisin aioli, lime sriracha, herbs and peanuts. 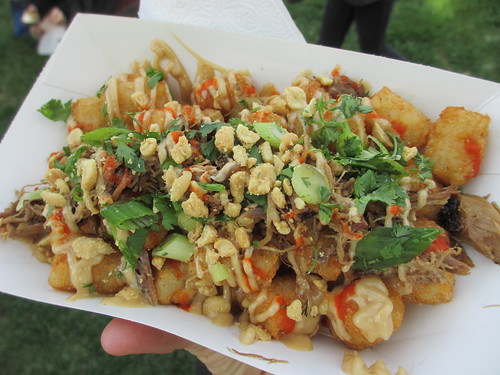 Duck tots from Attila the HUNgry

We were fortunate to have great community support for this event. It was wonderful to work with the Old Strathcona Business Association, specifically with Tineke De Jong, who secured sponsorship for the street closure. The Strathcona Community League also stepped up to sponsor our event insurance. In addition, Capital City Cleanup came through with some volunteers and clean-up supplies – the volunteers made sure the site remained spic and span during and after the event! 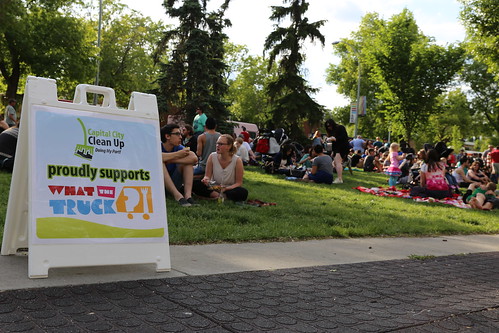 A big thanks also to DJs Polyesterday and Chesterfield for the tunes in the park! 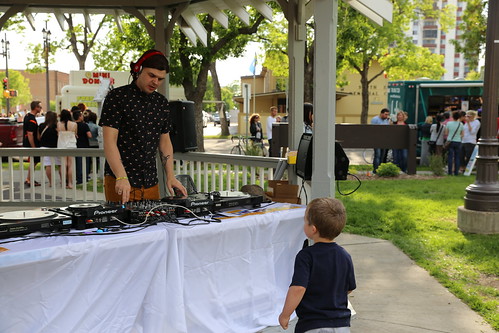 Keep an eye out on our website for more details about our next two events in July – we’ll be at Baconfest on July 4, and back at the Boyle Street Plaza for a burger-themed Truck Stop on July 10. Hope to see you there!

2 thoughts on “Recap: What the Truck?! in Old Strathcona”