In its fourth year, the Red Shoe Crawl has quickly become a staple way for Edmontonians to explore the culinary delights of a neighbourhood on foot, all while supporting a good cause. Organized by the Ronald McDonald House of Northern Alberta, the event relies on the donations of area businesses so ticket proceeds can go towards providing accommodation to families of children receiving medical treatment in the city. This expression of generosity, coupled with great organization, is what makes the Red Shoe Crawl one of the best food events in Edmonton in my opinion.

And though I have attended an Old Strathcona Shoe Crawl in the past, it did not feel like I was retreading old waters, as the event brought on several different businesses that weren’t on the roster in previous years.

I was fortunate enough to have been given complimentary tickets to attend the event (in addition to participating in a ticket giveaway), and asked Felicia to join me last Sunday afternoon. It’s definitely one of her favourite events. 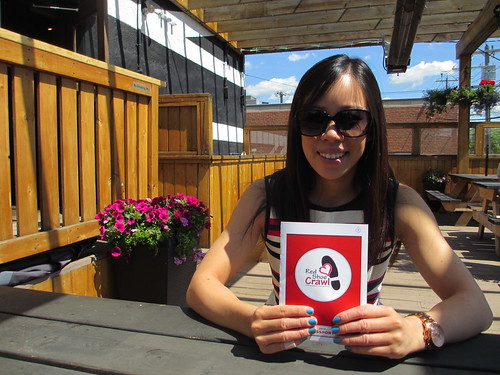 Felicia with her Red Shoe Crawl passport at The Buckingham

On this occasion, there were twenty businesses on the roster. We made it to a majority of them, but did miss a few. Given how full we were when we called it quits though, I think it was the best we could do!

Our favourites included a few dishes from establishments I’d never been to before. I wouldn’t have considered The Pint for anything other than drinks before, but their chicken tacos were a nice surprise – each bite was full of fresh tomatoes and cilantro. 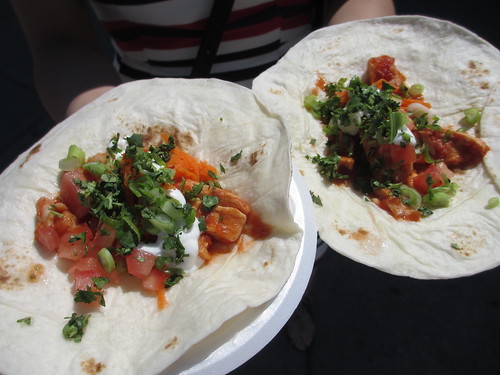 Chicken tacos from The Pint

The Buckingham, which moved into the former Symposium Greek Cuisine space, was new to us. It’s a great space, with a balcony that overlooks Whyte Avenue, but also a secluded back patio with great sun exposure. The staff were really friendly and attentive during our stay, and the food was good too! The vegan chili packed some heat, but I loved the variety of beans and lentils in the bowl. 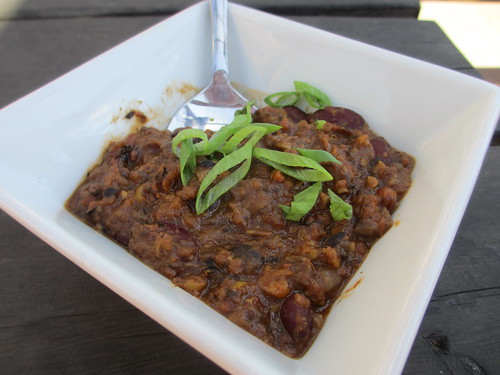 Vegan chili from The Buckingham

As in previous Red Shoe Crawls, a food truck was also a part of the action. Attila the HUNgry is new to the Edmonton food truck scene this year, and was offering a taste of their Asian flavours in the form of a Thai PB & J. 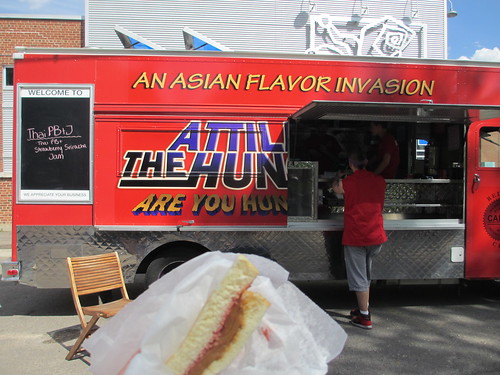 It was neat to get a sneak peek into the new Menchie’s location that wouldn’t open until the following Friday (they took over the storefront previously held by Marble Slab). Although the shop wasn’t fully operational yet, the owner pushed their participation through, and handed out pre-portioned cups of red velvet and birthday cake-flavoured frozen yogurt. 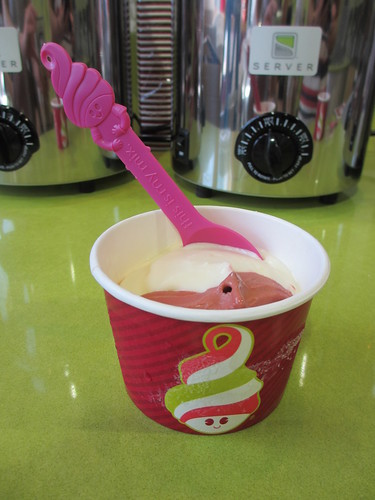 Although most businesses didn’t offer a choice of dishes, Chianti’s did. We were able to order a half-size of any of their appetizers. Between my garlic white wine shrimp and Felicia’s smoked salmon salad, it was a nice taste of what Chianti’s had to offer. 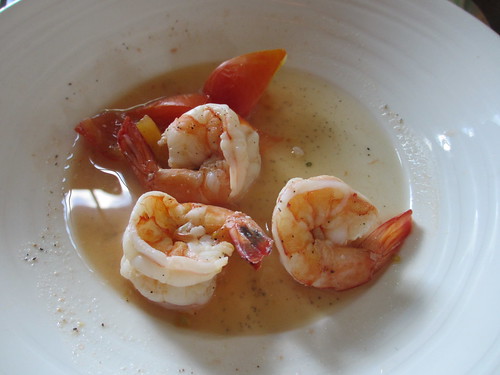 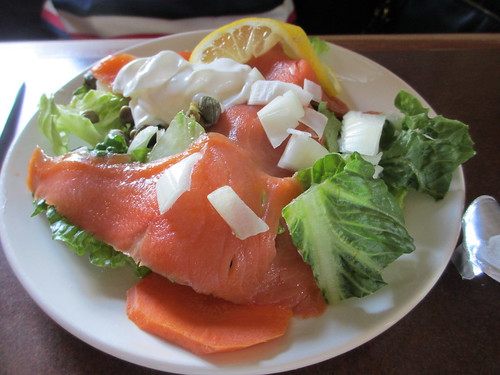 Planet Organic had a fun giveaway, which involved “shopping” in the store. We were told we could grab any one bulk fruit and one drink from the coolers. As nothing was scanned, I’m not sure how any inventory was performed, but given how much we had already consumed by then, we appreciated the option of taking some goodies home with us for later. 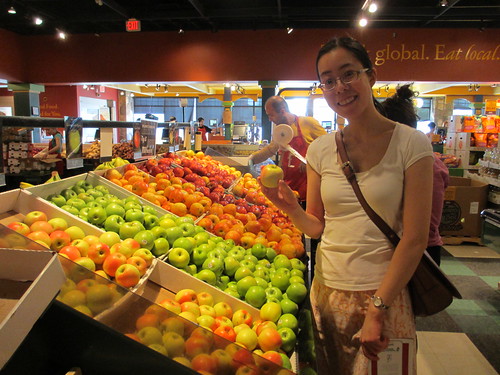 An apple a day…

Thanks again to the organizers for the invitation, and for putting on a wonderful event.