Korean-fusion restaurant Nourishak recently relocated their restaurant from the west end to Downtown, and in the process, is revamping their menu to suit a different population.

Kiwook Lee, marketing director with Nourishak, shared that their intension is to provide a bridge to Korean cuisine. “Our goal is not just selling Korean foods but to build a strong formula that can convince and open minds to enjoy Korean recipes,” said Lee. “Even though K-culture is moving into the mainstream, Korean foods are not always a comfortable choice.”

Nourishak first opened in the west in April 2021, and functioned as a “testbed” as they better understood which menu items did well. “We served Korean authentic food menu such as Korean BBQ, including bulgogi, kalbi, and dakalbi, and also K-donair with Korean BBQ meat and sauce,” said Lee. “The menu received great feedback from our customers so we made a decision to run more menus like donairs with Korean recipes.”

In February, Nourishak relocated Downtown, and over the past few months, have been working to build up a customer base. Some of their fans have followed them from their previous location, but Lee is optimistic that the foot traffic Downtown will continue to increase. “We believe the pandemic is at the end of the corner and workers are starting to come back,” said Lee. “The area of our cafe has a lot of professional and engineer workers around. We are taking our own pace by carefully observing the customers’ needs and trying to build a strong set up for our business.”

Nourishak will be introducing a vegan menu shortly in response to the trends they have observed, and will also be opening up a patio as the weather permits.

Lee is hopeful that Nourishak can play a role in introducing more Edmontonians to Korean culture. “We believe more people are open to knowing about Korean culture and we hope to introduce Korean recipes and let the people find the joy and beauty in them.” 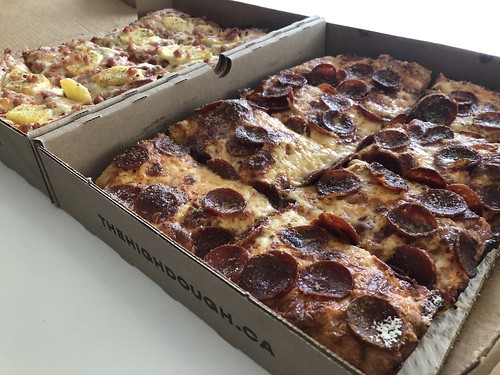 Pizza for days from High Dough 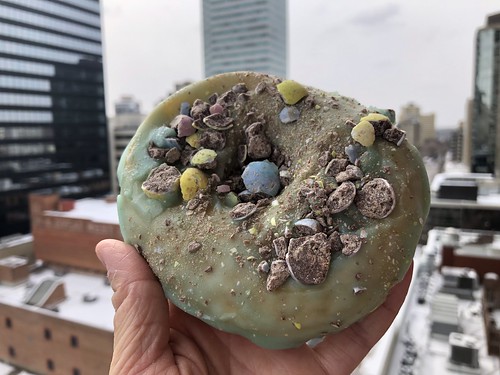