A new kind of ventless coffee roaster is allowing Edmonton’s On The Edge Coffee to release less pollution and tailor its roast to each type of bean.

Bellwether Coffee, based out of Berkeley, California, has created an electric and automated system that allows roasters to operate in spaces without requiring separate ventilation. On The Edge started using the machine at its Edmonton Downtown Farmers’ Market kiosk in December 2021, becoming the first in Edmonton and one of just a handful of roasters using the system across Canada.

Owner Jodine Chase acknowledged that coffee has challenges when it comes to sustainability, considering the distance it travels to reach consumers in other parts of the world. But transitioning to the Bellwether was a way for On The Edge to cut down on its own emissions. “Roasting accounts for about 15% of the coffee industry’s footprint, and so there’s room to reduce that right here in coffee-consuming countries instead of mainly burdening low- and middle-income coffee-growing countries,” said Chase.

The Bellwether’s air filtration system reduces the volatile organic compounds and particulate matter that traditional roasters release into the atmosphere, she added. 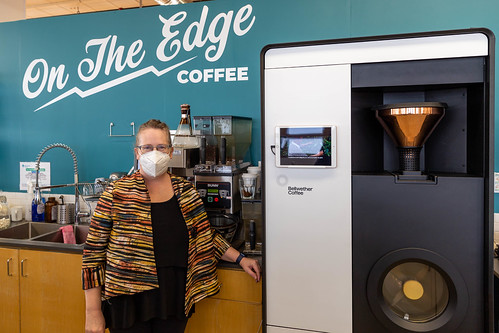 Jodine Chase with On the Edge Coffee’s Bellwether Roaster

Another big selling feature of the Bellwether is its consistent product output. Bellwether users have the option to source beans directly from the company, then program the machine to roast it based on a specific profile uploaded by Bellwether for that particular bean. That seamlessness allows roasters with less experience to tap into global expertise through the power of the internet. Currently, 75% of the beans roasted by On the Edge are from Bellwether.

“On my best day, I couldn’t do it as consistent as the (Bellwether) does,” said Jennifer Graham, head barista with On the Edge. Graham said the system permits the creation of roast profiles for beans sourced from elsewhere, or to edit existing profiles if they aren’t satisfied with the results. She believes that coffee roasted in the Bellwether has a cleaner flavour most apparent in light-roast coffees. “In our Ethiopian coffee, you can better taste the bergamot and blueberry notes,” she said.

On the Edge has plans to offer coffee cuppings and tastings in the spring to showcase what the Bellwether can do. They’re also not averse to the possibility of offering tastes of conventionally roasted beans alongside their Bellwether roasted beans to allow consumers the chance to judge the product for themselves.

Currently, most of the roasting is done on Sunday afternoons during market hours, and customers are welcome to stop by to see the Bellwether in action. “Customers really love it,” said Chase. “Most folks coming to farmers’ markets have a real interest in supporting local and supporting growing and food production practices. They can sip a coffee while learning about the farm it comes from as they watch the beans turn from green to brown right in front of their eyes.” 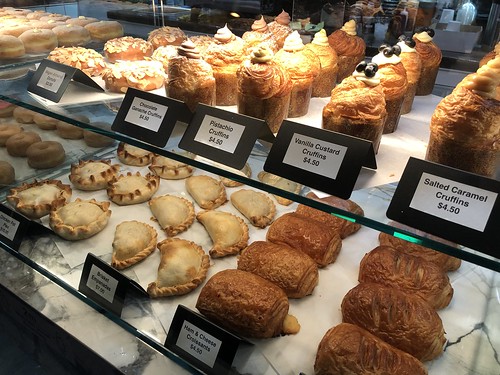 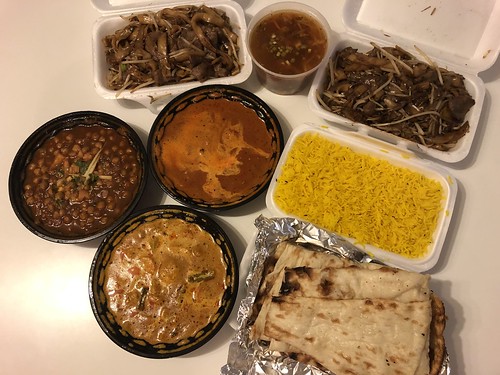 Our spread from Spirit Bistro and Namaste India 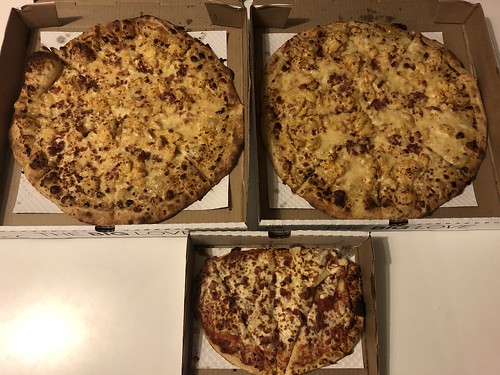 You can never have enough mac & cheeza