Nothing could have prepared Kaelin Whittaker for the challenges she would encounter while trying to build her business, Awn Kitchen, in the middle of a pandemic. But she’s still standing, and her latest shift has been greeted with tremendous support.

“It’s been a roller coaster…I’ve lost sight of the why, I’ve lost sight of the strength and resiliency of myself, I’ve felt defeat, I’ve felt fear, and a whole slew of other emotions,” she said. “But I have also felt so much positivity, love, grace, and so much pride and happiness. The team at Awn is incredible and willing to pivot and adapt as needed, they are there to support one another and the dream and vision that is Awn, to keep dreaming and keep pushing forward, even when the days are hard.”

Awn Kitchen grew from Whittaker’s home-based business, originally called Ruby Apron, which offered baking and cooking classes out of her home. In June 2021, she opened a brick-and-mortar storefront in the neighbourhood of Lansdowne, fulfilling a dream to have a space that would accommodate those classes and a full-service café. She had started planning it in 2019, before COVID-19 turned everything upside-down.

“I had built a strong foundation for Awn before deciding to expand,” said Whittaker. “I knew Lansdowne needed and wanted a café.”

When Whittaker announced the postponement of all in-person classes in December, the community was disappointed but understanding. And their response was overwhelming when she introduced Awn at Home, which offers prepared meals made with seasonal ingredients.

“We’ve sold out every day, the feedback has been so positive, and it’s been a fun way for us to pivot,” said Whittaker. “It’s something we aim to continue doing once we are back to dine-in and offering in-person classes again.”

Whittaker said two things prompted her to expand: “Wanting more as a business owner and the idea of not wanting to put all of my eggs in one basket!”

She’s worked to shelter her 10 staff from layoffs throughout this period, and has been grateful that her team has consistently been on the same page about the pandemic. Awn has been through three sets of government restrictions, though Whittaker notes that she’s always been ahead of the mandated changes.

“In March 2020 I stopped teaching (in my home-based business) before any restrictions were put in place,” she said. “Late in 2020 I did the same, and I didn’t start teaching again until this July. To me, the virus has always been bigger than you or I. It’s about our community, about our first responders, our frontline workers, and about kids.”

Although the last couple of years have been a whirlwind, Whittaker still has a positive outlook on the future for Awn.

“The community in Lansdowne and beyond have been so receptive to what we are doing both in the café and workshop,” she said. “As we pivot and continue to offer new and exciting things, they’re on board for all that we do. It might sound cliché, but on the tough days it’s the community that keep pushing me forward.” 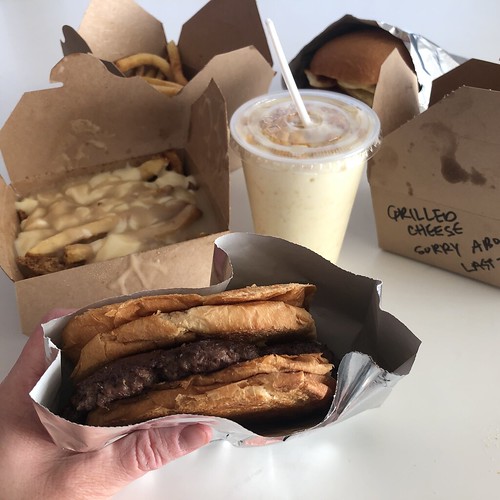 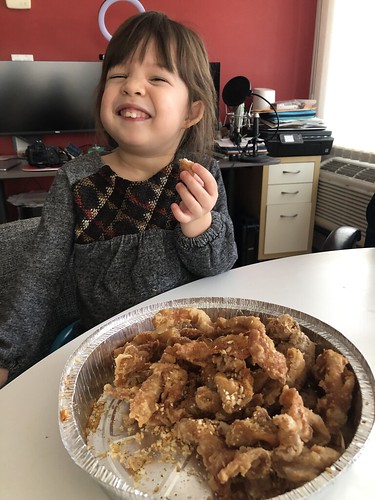 Emily and her chicken skins