It’s that time again – Taste of Edmonton is back next week! There are some changes afoot to the festival this year, namely, a new location. Due to the construction around Churchill Square, Taste has relocated to Capital Plaza at 99 Avenue and 108 Street (near the Legislature). In addition, the 10 day festival has expanded to 12 days this year, running from July 18-29, 2018, giving diners an extra two days to sample their way through the over 100 food items on the menu (41 of them new!).

Last week, I was invited to preview some of the new items that will be served at this year’s festival. The restaurants we visited are all new to Taste of Edmonton, and are among the 11 first time participants.

We started off downtown at Wishbone, where we sampled both of the items that they will be serving. The spicy fried chicken sandwich is a smaller version of a popular lunch item, featuring marinated chicken thighs battered, fried, and tossed in their house gojuchang hot sauce. The meat was crispy on the outside and tender on the inside, with just the right amount of heat; it was my favourite of the dishes we tried that day. 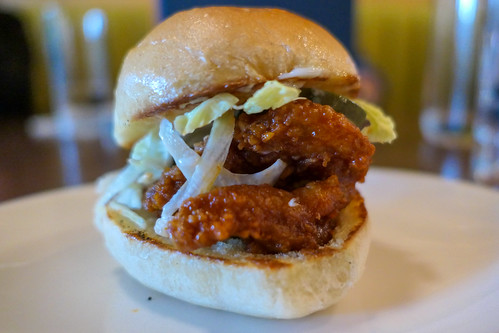 Wishbone’s second item is a summer festival staple – fried dough. Their version are buttermilk beignets, bite sized and dusted with powdered sugar. Like their chicken sandwich, I think this will be well received by the crowds at Taste – easy to eat, good flavour, and deep fried. 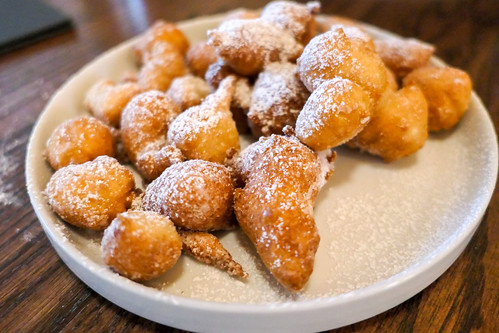 Our next stop was Wildflower Grill. Some may remember that last year, the restaurant changed hands and installed a new chef. Even with the personnel change, however, Wildflower maintained some Asian fusion influence on its menu, particularly evident in what we were served that night.

The Taste of Edmonton item that we sampled was easily the most complex that we tried – an Adobo pork belly with house kimchi, garlic rice, a 64 degree egg yolk and puffed wild rice. It was an enjoyable dish to be sure (the pork belly was deliciously crispy, and given an unctuous boost from the yolk), but from the outset, it does seem like an ambitious plate to churn out at a high pace. I do like that it will showcase the fine dining side of Wildflower, however. 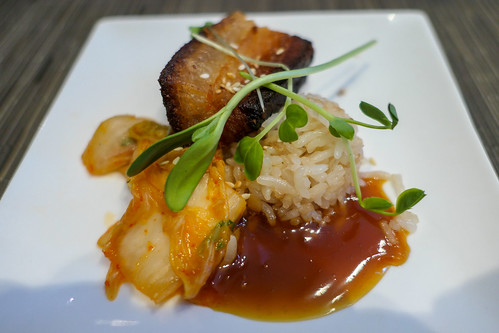 We were also treated to the night’s feature bao, something that is offered daily at Wildflower. That night, it involved an unlikely but interesting combination of seared albacore tuna and strawberries. I would not have thought those ingredients would work together, but they did. 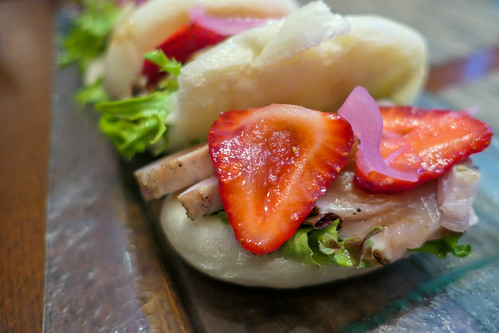 Next, we headed south to Loma House Vegetarian Express. A vegetarian restaurant in the same vein as Padmanadi, they also incorporate soy-based meat alternatives on their menu. To start, we tried their vegetarian tacos. While these are not being served at Taste, it gave us a good idea of the types of dishes they serve. While I liked the crispness of the fried wonton shell as its base, it was a bit difficult to eat without all of the toppings falling off. 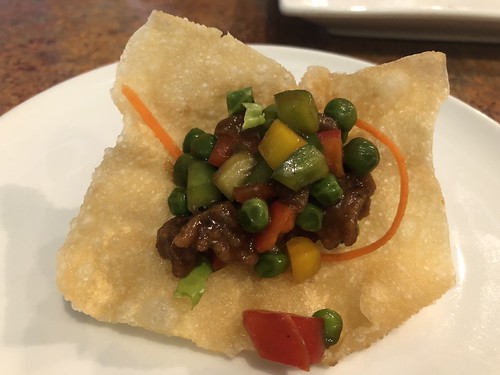 The Taste item we sampled had a playful presentation. Five deep fried sweet potato balls were served in a waffle cone, topped with coconut whipped cream and chocolate sauce. The sweet potato was deceptively filling, and not too sweet on their own. 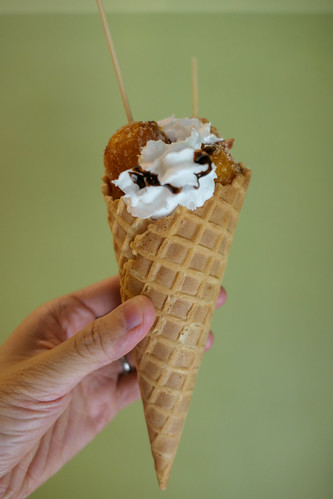 Our final stop of the night was the Southgate location of Wine and Beyond. The renovated store opened last September, but I hadn’t yet been. Wine & Beyond will be putting together the wine and beverage pairings for the Taste 2 Remember chef dinners, in addition to sponsoring the entertainment stage. We sampled a few different wines (which was definitely a treat for me, given I’ve severely limited my alcohol uptake). 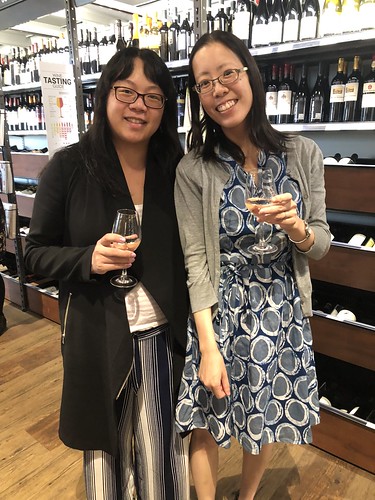 May and I enjoying ourselves!

Thanks again to the Taste of Edmonton staff and Big E Tours for hosting a wonderful evening!