Last week, my Mum and I were invited to attend the first of this summer’s Eats on 118 Food Tours. The series started back in 2016 as a pilot, but has continued annually since; organized by the Alberta Avenue Business Association and Wildheart Collective, they’ve been a popular way for people to engage with some of the many independent businesses in the neighbourhood. I attended all of the tours last year, with the bowling edition being the highlight for me.

The first stop of the evening was familiar to me, as Paraiso Tropical was included on one of the tours last year. But the shop (as with the rest of the businesses) was new to my Mum; the tour was a great way for her to learn about an area of the city that she does not often frequent. 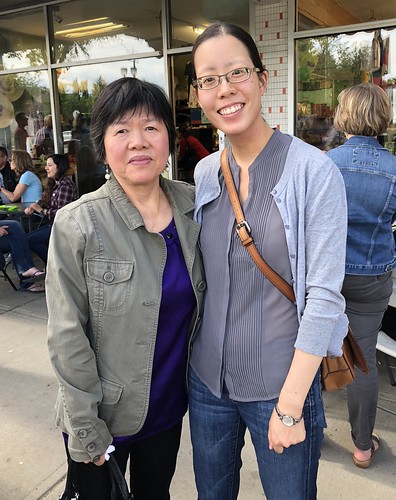 Pre-assembled boxes of food meant that the large group was fed quickly. We were treated to a variety of tastes, including a pupusa, two flautas, and plantain topped with dulce de leche. 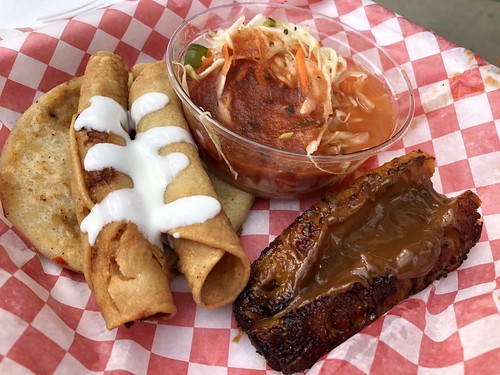 We walked over to Handy Bakery next. As my office is just a few blocks from the bakery, it’s my go-to for Portuguese egg tarts (in my opinion, the best in the city), and sweet bread to be used for French toast. But I hadn’t been exposed to their savoury menu before. 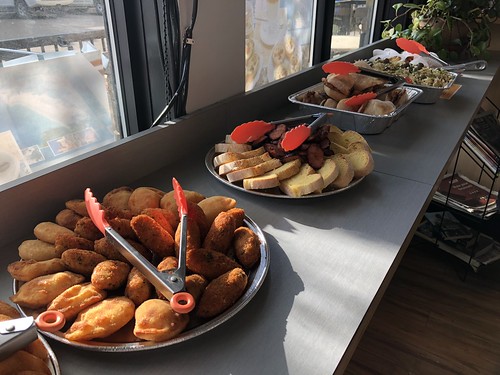 The spread at Handy Bakery

Several different dishes were served buffet-style, including salt cod and potatoes, sausage, fish croquettes, and fried shrimp cakes. The latter was my favourite of the bunch, especially enjoyable alongside the glass of sangria that was included in the meal (the owner endeared himself to the group with his generous pours of wine and sangria).

My favourite moment of the evening came en route to our final stop. In collaboration with Arts on the Avenue, we were treated to a musical interlude by a barbershop quartet, performed in a barbershop! The four women of the Thumbs Up Quartet were fabulous, their passion and joy for song evident. 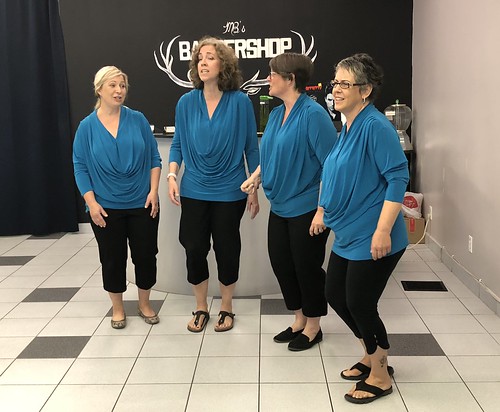 We proceeded to Battista’s Calzones, one of my favourite restaurants on Alberta Avenue. Owner Battista offered a sampling of a number of their calzones. He recommended the Giovanna (artichokes, prosciutto, truffle oil), which we learned is named after a student who used to frequent the restaurant and shared her recipe for a pizza served at her family-owned pizzeria in Miami. 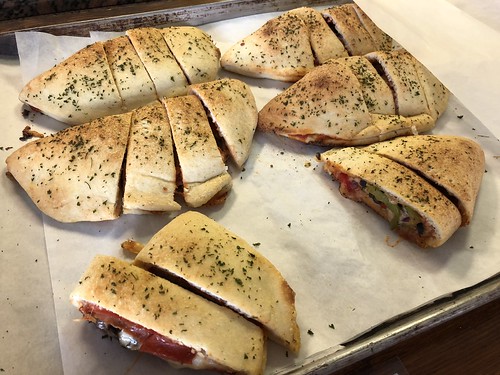 The second and last Eats on 118 takes place on August 29, 2018, which will highlight several women-led businesses. Tickets are $47 each.

Thanks to Bottom Line Productions for the tickets, and to the organizers for another great event!