Back in October (apologies for the tardiness of this post!), Mack and I checked off another item off of our local bucket list – to take in the Great White North Pumpkin Weigh-Off & Fair in Smoky Lake, Alberta.

The 29th iteration took place the first weekend in October, meaning the event will celebrate its 30th anniversary in 2018. We learned that this event is part of the Great Pumpkin Commonwealth, linking it to standards and regulations observed by squash-growing enthusiasts worldwide.

Located about 1.5 hours northeast of Edmonton, it was clear this festival is a major tourist attraction for the community, with most businesses using it as an opportunity to showcase their products.

The event was spread out over a large enough area that it was serviced by a free yellow bus shuttle that ran between several buildings near Main Street. In addition to arts and craft vendors, it was nice to see some familiar faces at the farmers’ market set up, such as Winding Road Cheese, Birds and Bees Winery, and Serben Farms. We limited our purchases that day to pumpkin-related items, including pumpkin pie and pumpkin cinnamon buns from Mundare Bakery. 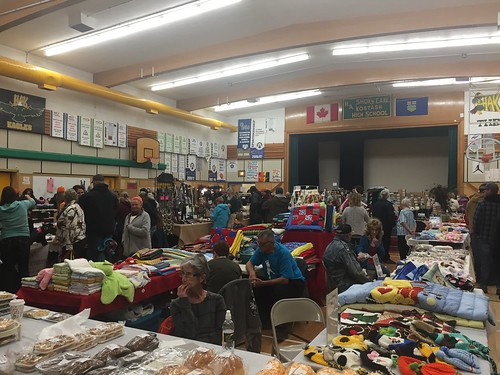 Outside, it was also nice to see lots of families taking in the amusement rides and games – I love how charming smaller-scale midways can be! 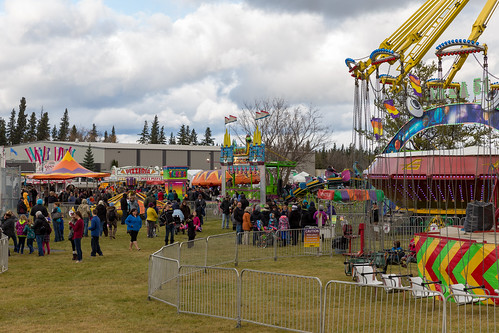 The main attraction, of course, is the weigh-off of the pumpkins. It takes place in the main hall of the agricultural complex, with all the pomp and circumstance you’d imagine – the competitors are forklifted onto the stage one by one, and hoisted onto a massive scale for their moment of truth. Hosted by a boisterous and engaging MC, it was definitely an entertaining show. 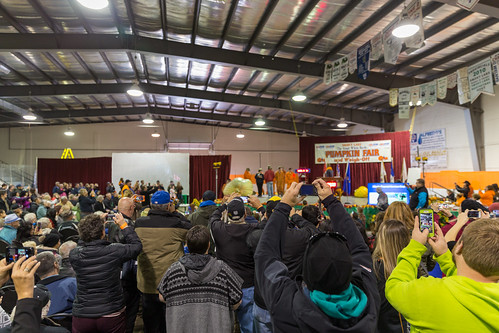 We watched as the 2016 champion from Lloydminster, Don Crews, was again crowned the victor with a festival record-busting pumpkin weighing 1652 pounds. 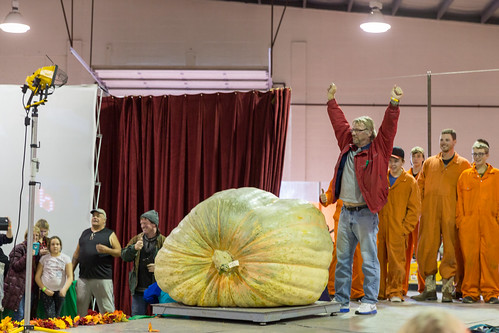 Afterwards, festival attendees were invited to get up close and personal with the different contest entrants including the longest gourd – we couldn’t resist taking a pumpkin selfie! 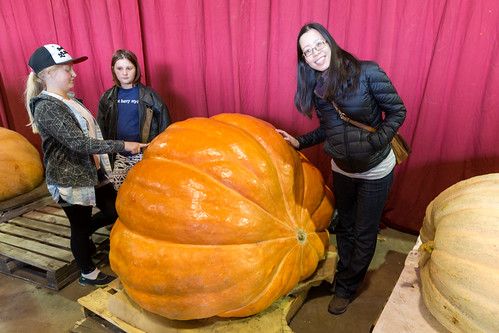 One of the smaller competitors 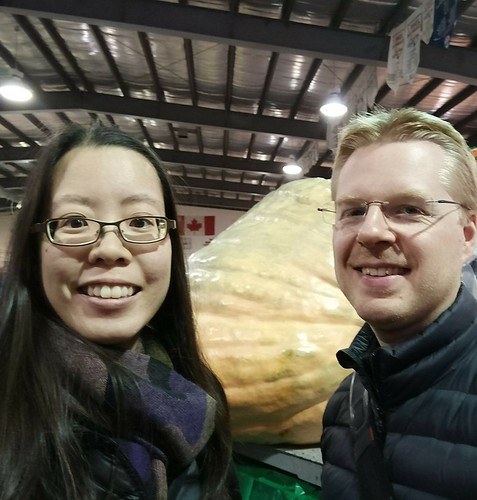 We also enjoyed some of the food available at the festival – the Ukrainian concession was served up some very satisfying perogies, kubasa, and cabbage rolls. 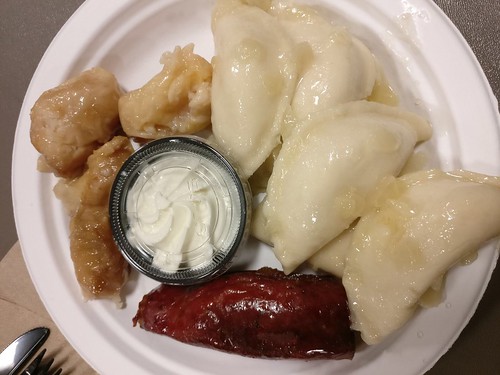 In town, we also stopped for a meal at Betsy’s Burger Shack. There was nothing special about the meal, but it was nice to say we’ve now eaten at a local institution.

On our way home, we detoured through Andrew so we could add the “world’s largest mallard” to the list of Alberta oddities that we’ve visited this year. 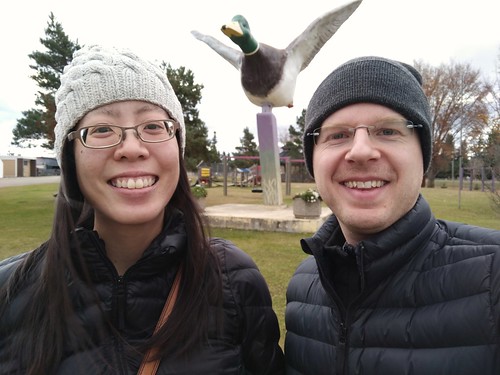 With the world’s largest mallard

If you’re hoping to take in the pumpkin weigh-off next year, mark your calendar for October 6, 2018!