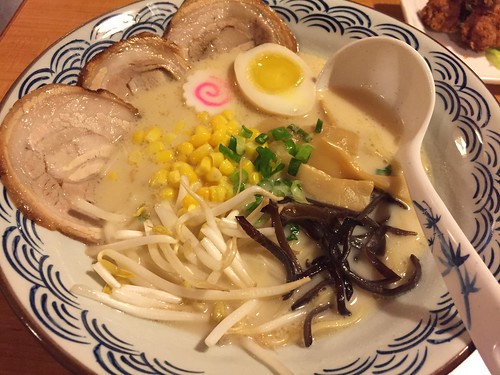 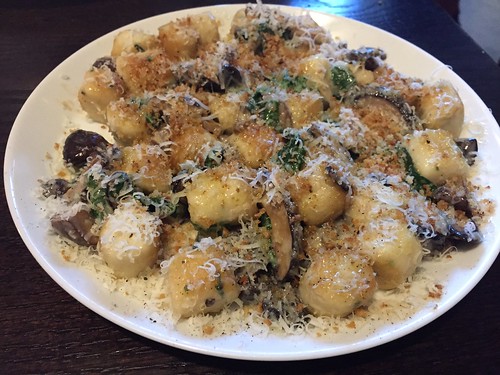 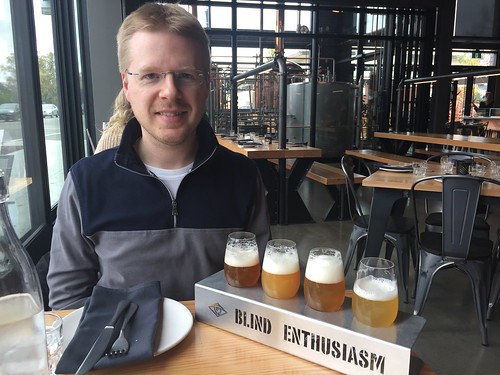 Mack with his flight of beer at Biera