Though living on 104 Street gives us easy access to some of the most trendy restaurants in the city, I’d say the closer they are, the less likely we’ve been to them. We’re just not as spontaneous as we used to be, and don’t tend to venture out once we’re in for the night. So in an effort to make it to Baijiu a mere seven months after opening, we made plans to have dinner there in early September.

It was only fitting in some ways that we waited for my sister Amanda and her boyfriend Jason to visit before hitting up Baijiu. We had dined together at Toronto’s Dailo last year, one of Baijiu’s inspirations. We had enjoyed Dailo’s fusion take on Asian dishes, but were keen to see what Chef Alexei Boldireff has done locally.

We reserved the four top chef’s table on a Thursday night. The stools provide a perfect vantage point into the kitchen, with a view of the camaraderie and a perspective of the night’s most popular dishes. Lex and his team were more than happy to chat throughout our meal, which made for an even more engaging experience. Perhaps the only (small) downside was having our back to the stylish bar and the restaurant as a whole as our attention was directed at the kitchen. 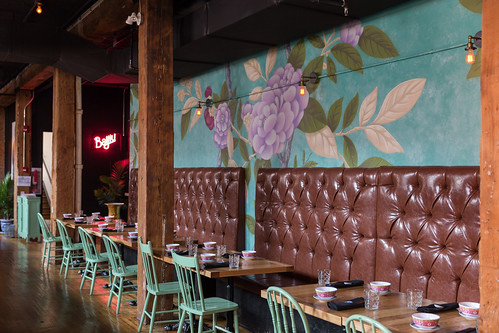 It made sense to leave things up to Lex, so we opted for the small plates chef’s choice tasting menu ($25/person, 4 guest minimum). We found this to be of good value, as we were able to share seven different dishes (some of which were off-menu), and still had room for dessert.

To whet our palate, Lex gave us some of their house-made pork jerky to try, something they’re hoping to introduce as a bar snack in the future. While it didn’t quite have the texture of the jerky I’ve had abroad, the  sweet-salty flavour was definitely coming through. This was just their first crack at the recipe, so I’m sure they’ll land it soon enough! 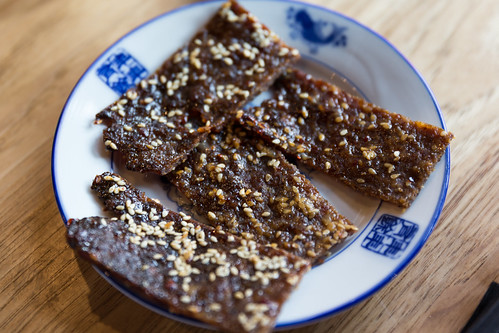 Our first course, the devilled tea eggs, were also an example of Lex’s interpretation of a traditional dish. To maintain the soft consistency of the white, he opts not to overcook the eggs, then dresses it with crispy shallots, pickled chilies, togarashi, wasabi, scallion, and sesame seeds. The presentation is beautiful, and they made a lovely two-bite starter. 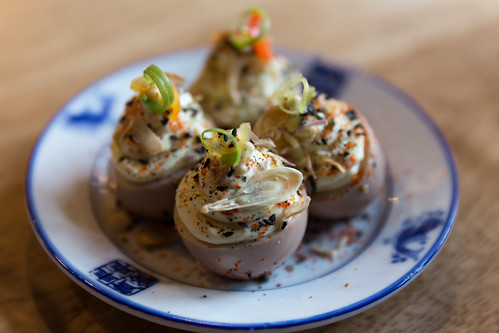 The green papaya salad was particularly refreshing that day (having reached temperatures of +30), with the mild heat of the dressing complementing the crispness of the shredded vegetables. 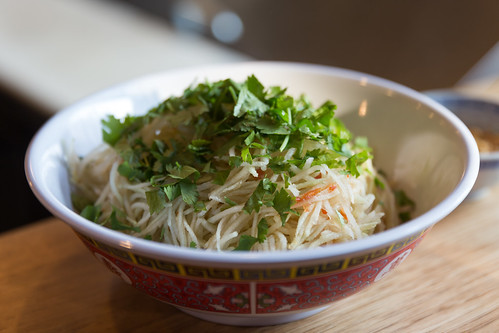 The kitchen had just received the first corn of the season, so were excited to serve it up with some Fairwinds Farm goat yogurt mixed with charred scallions, mint, fish sauce, chives, and Korean chili. The yogurt was so rich it had a taste reminiscent of parmesan, making even non-dairy fan Jason a convert. 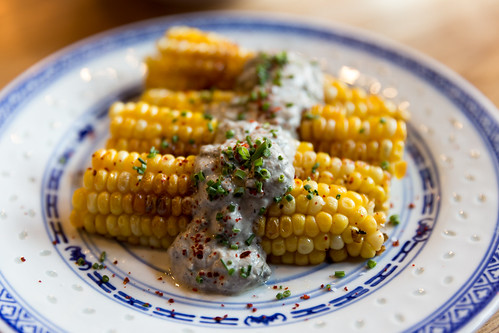 The lap cheong fried rice is an Asian staple, and I particularly appreciated the fact that the kitchen makes sure to dry the rice for a few days to produce the optimal consistency. 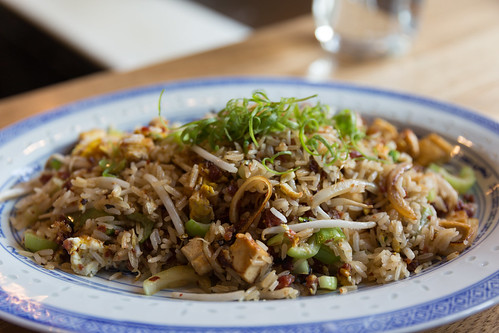 Lex, back when he was slinging sandwiches at his food truck S’wich, was known for his house-made breads. For that reason, we knew that his steamed baos were probably a good bet – and we weren’t disappointed. The braised pork bao were easily my favourite dish, dressed with soy mayo, and pickled and shaved cabbage. Even better, we were reminded that Baijiu offers bao specials every Tuesday – just 2 for $7. 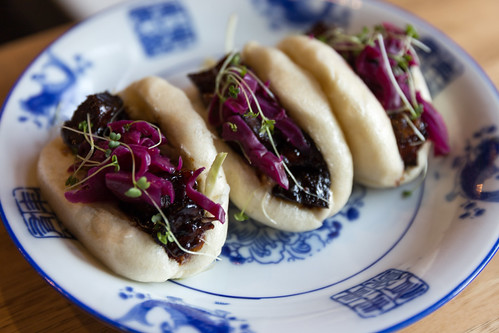 The pork and shrimp lion’s head dumplings were Amanda and Jason’s favourite, and were fairly authentic in their flavour and execution, served with a ginger-soy sauce. 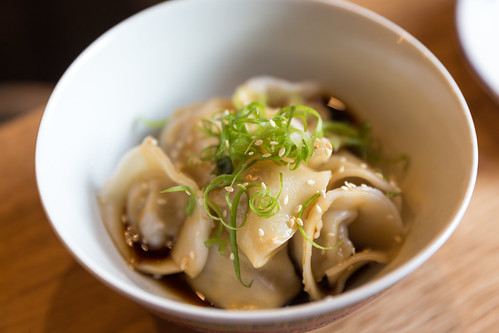 The vegetable tempura was a nice plate to share (it was my first time trying a tempura zucchini blossom), but the lightly battered vegetables didn’t elicit the same level of interest as the previous dishes. 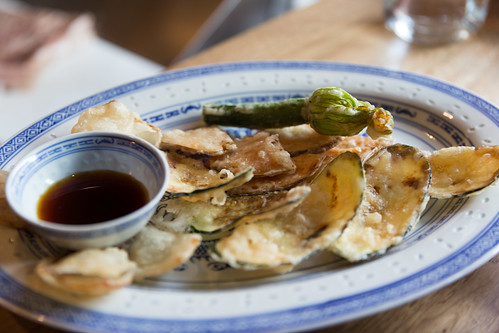 We split the fried bao matcha ice cream sandwich; if we weren’t so full, I’m sure all of us would have ordered an individual portion. It’s definitely one of the tastiest desserts I’ve had recently, not overly sweet, and a fun take on a doughnut ice cream sandwich. 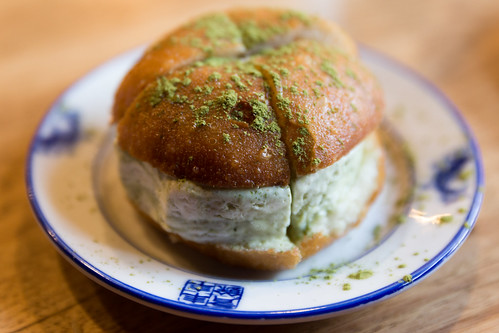 Though Mack and I were predisposed to rate Baijiu above Dailo, Jason and Amanda both agreed that this meal did reign supreme. It’s really great to see a restaurant of this style and caliber in Edmonton; I look forward to my next (planned) visit!