The Green & Gold Community Garden has been in operation at the University of Alberta’s South Campus since 2009. Volunteer-run, the proceeds raised from the two acre farm go towards a not-for-profit organization that supports women in Rwanda. They grow about 50 different types of produce, with the availability posted on their website every week. Though I’d been to the garden early on and a few times over the years, I wasn’t aware that the farm was adjacent to a small orchard. At the end of July, Mack and I attended a free tour of the orchard to learn more about some of the fruits that can be grown in our climate. 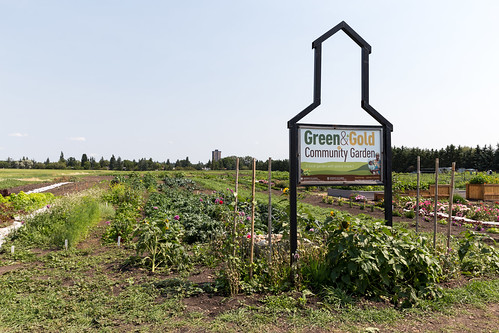 The tour was led by Gabe Botar, who worked for the U of A as a horticulturalist for 30 years and initiated the orchard. Although he has since retired, he is now a mentor to the Green & Gold volunteers who have taken over the responsibility of caring for the orchard he developed over 25 years ago. 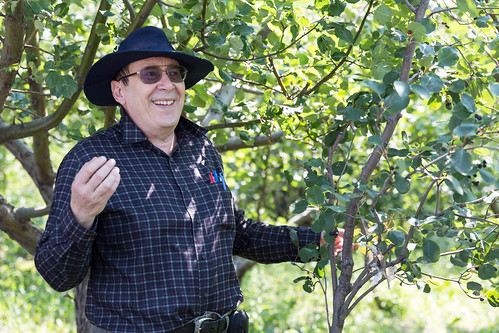 The hour long tour showcased the variety contained in the orchard. Some of the fruits we encountered are more commonly found around the city – apples, Evans cherries, saskatoons, goji berries – but some were unexpected, such as pears, grapes, apricots and butternut. The Green & Gold Garden sells the apricots collected from the trees, so it’s worth a visit if you’re wondering what they taste like! 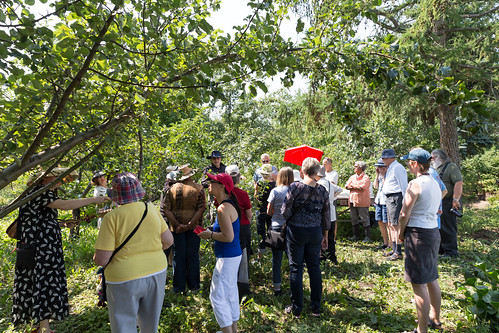 It was clear Gabe was passionate about this subject, and could have easily extended the tour into the evening hours. And though he is officially retired, he’s still experimenting – his latest breeding project is miniature pears. 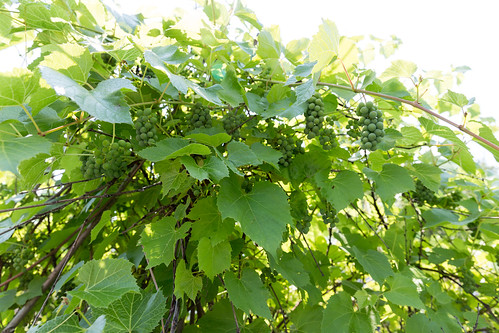 I will admit that as a non-gardener, much of the technical information about grafting and root stocks sailed above my head, but it was still a neat experience to see different types of fruit that can thrive in Edmonton. 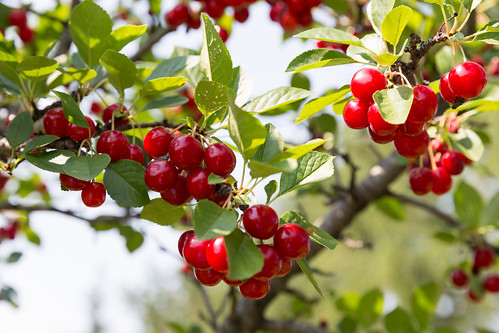 2 thoughts on “Orchard Tour at the Green & Gold Community Garden”