While there’s no doubt the rise of Rogers Place has led to a number of new restaurants hoping to capitalize on related foot traffic, Riz Asian Kitchen is the first to rebrand in order to do so.

Lazia has been a Downtown staple for more than a dozen years, but owner Richard Lim thought it was time for a refresh. The website heralds the pedway connections between the Ice District and Edmonton City Centre where Riz is located (though to be honest, the ongoing construction in the mall might be a deterrent to some would-be patrons). Commenting that there was no better time than the present to remind diners of the space, Richard commissioned CK Designs (the same firm behind the Downtown mega bar applications) to redesign the restaurant. Given the tight turnaround time of several days, much of the same structure is intact, but the colour scheme has been muted to a palette of neutrals. In some ways, it’s now less distinctive than its other casual upscale competitors.

Mack and I were invited to enjoy a complimentary meal on September 6 when Riz opened to the public. The meaning behind the new name comes from the French word for "rice", and speaks to the fusion cuisine still present on their menu.

The menu, featuring sweeping Asian-inspired flavours from Korea to Thailand to India, does appeal to broad tastes, and includes some on-trend dishes including their interpretation of ramen. That said, they have some mainstream items on the menu, such as a basic burger and a Philly cheese steak. What does set the menu apart is the price – a majority of mains ring in under $20, making it an economical contender against the competition.

We shared the roti canai (so popular at East they had to migrate the item over to Riz), served with a curry dipping sauce. 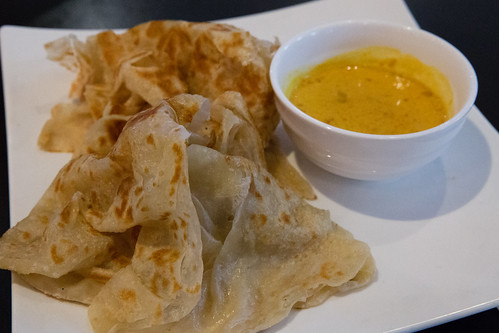 Mack’s panko-breaded Japanese fish and chips didn’t have a noticeable Asian flair, except for a disjointed slaw comprised of noodles and carrots. He enjoyed it well enough, but thought it could have more readily lived up to the cuisine that inspired it. 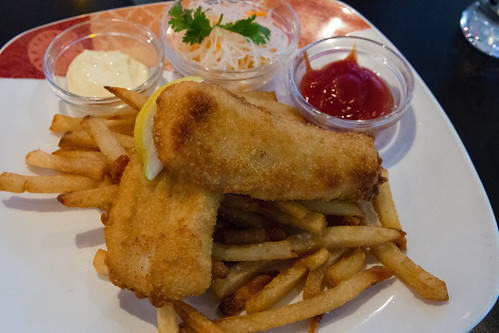 I ordered the duck curry ramen. It was a very heavy dish; I would have preferred a slightly thinner broth as I laboured to finish it by the end. The flavours were good – the confit duck was delicious and married with the curry well. The yuzu red peppers were on the tart side, but they were a welcome pop given the richness of the soup. 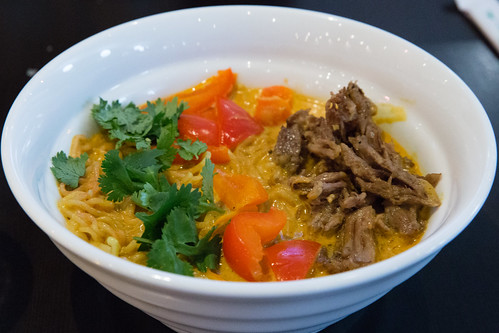 The service that evening was top notch, but given most in the restaurant that day were family, friends and media, it was somewhat expected.

Richard and his team have the experience to help draw in the crowds; only time will tell what will play well with the concert and hockey fans making the trek downtown. I wish Riz the best in the months to come – thanks again for having us!