It’s hard to believe Red Shoe Crawls have been taking place in Edmonton for five years now! The brainchild of the Ronald McDonald House Charities of Northern Alberta, Red Shoe Crawls serve to raise awareness and funds to support a facility that houses families travelling to Edmonton to seek treatment for their sick children. Participating businesses donate their time and samples to contribute towards a fun, pedestrian-oriented afternoon. 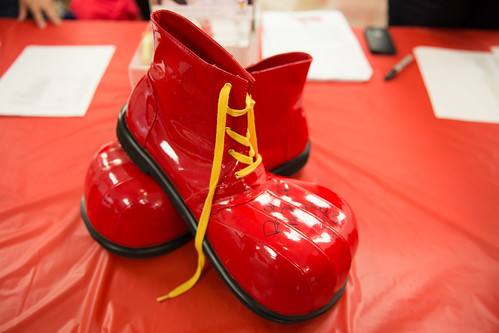 It’s been a few years since I’ve attended a 124 Street Red Shoe Crawl, so when offered the chance to attend as a guest on September 13, 2015, Mack and I accepted. We brought along first-time crawlers Thom and Alicia. 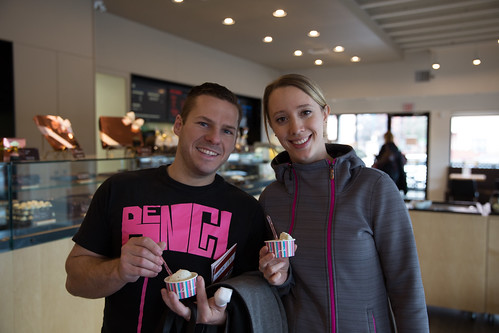 Thom and Alicia at Cococo

There were 25 stops on the list, which included an eclectic mix of retailers, galleries, cafes and restaurants. Though I understand the reasons behind some independent businesses not becoming involved (Sunday closure, staffing requirements, small spaces), it was disappointing to see that several of the newest additions to the street were not participating – the Red Shoe Crawl is a great way to expose a different crowd to your shop. 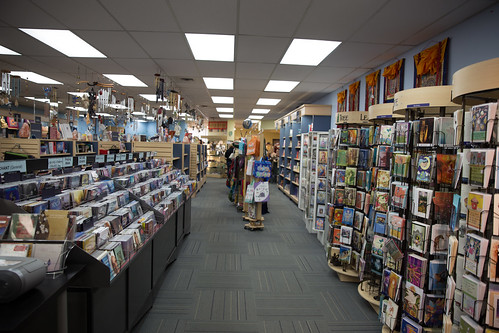 Ascendant Books, one of the new-to-us discoveries

At any rate, we still had many places to explore, many of them new to us. We also elected to participate in the scavenger hunt, which invited us to post photos of different items found in the stores along the way. Although it was much more time consuming, it added another element to the crawl, and I have to say, we did have fun with it. 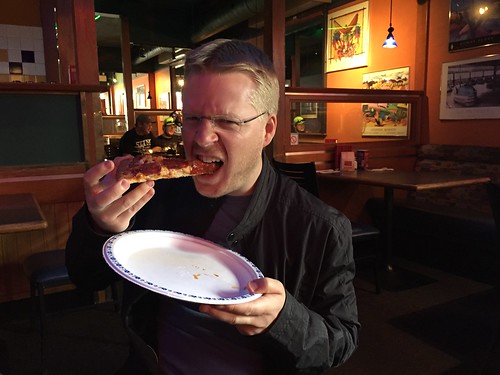 Mack shows us how he eats his pizza at Boston Pizza

Similar to our previous 124 Street crawl experience, our main criticism was the lack of savoury items along the way. While we were treated to many sweet bites (including a scoop of gelato at Cococo), the savoury samples were few and far between. As a result, it wasn’t a surprise that our favourite stop was at reLISH. They served up a generous portion of made-to-order poutine. 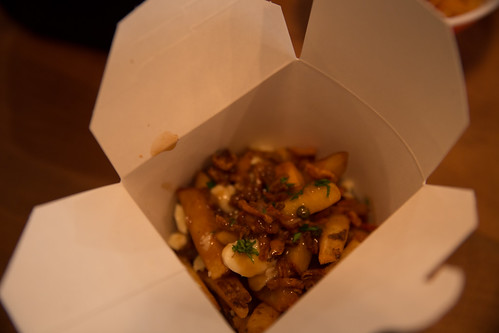 Some businesses also took better advantage of their crawl participation than others, offering discounts or special offers for the day or the week of the event. It definitely added an incentive to shop that day, as Alicia and Thom found out at Bling. 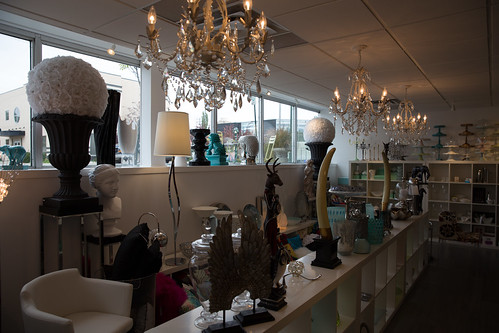 To traverse the entire route at a leisurely pace actually took us the full four hours. But it was a great way to explore the neighbourhood! Thanks again to the Red Shoe Crawl for a fun afternoon, and to the organizers, volunteers and businesses who made it all happen. 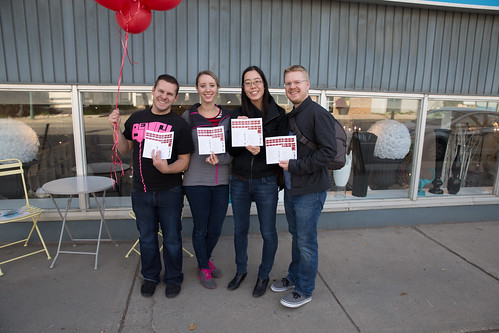