Restaurants have been a family affair for the Crudos. After successfully running large-scale establishments in Edmonton and Penticton, brothers Cristo and Nick reunited with their father Giuseppe following their mother’s passing to open up Café Amore. The cozy Delton storefront was soon bursting at the seams, having built a reputation of good food, personal service, and the atmosphere of a neighbourhood trattoria. It prompted a move into larger digs two years later where they’ve continued to flourish and cement their hospitality excellence.

Now, the Crudos are preparing to open The Black Pearl, a seafood destination, on April 17, 2015. Though its location downtown on 104 Street may seem more upscale, it was only fitting that host extraordinaire Cristo, Executive Chef Nick, and patriarch Giuseppe welcomed us like family at the sneak peek Wednesday night.

The space has been completely transformed, only retaining the bones of what Lit had installed prior. Comparisons to East Coast fixture Atlantic Trap & Gill would be warranted, and at the very least, their rejection of the modern simplicity that dominates area décor schemes certainly sets them apart. 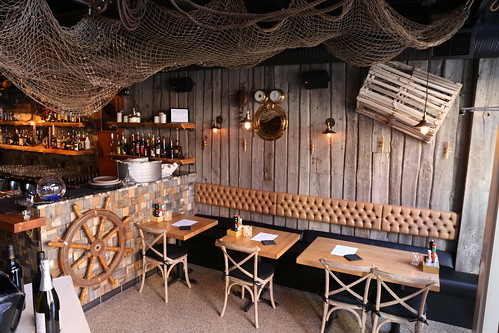 The Black Pearl is intended to showcase the Crudos’ love of seafood, developed especially when they had the chance to live on the coast. The restaurant will only serve fresh seafood, and as a result, the menu will rotate on a monthly basis to promote seasonality. The crustaceans in the tanks by the bar were a reminder that many of the dishes we sampled that night were made with their compatriots. 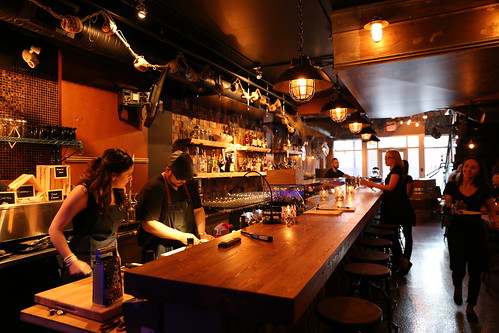 Prepare to get your hands dirty at The Black Pearl. I would imagine most diners ordering a few plates to share, family-style, passing around the seafood cracker. The hands-on approach to eating promotes the conviviality of the restaurant, and references the more casual atmosphere of its sister restaurant. No doubt, one of the restaurant’s crown jewels will be King & Dungeness crab, served in a Crown Royal, chili, scallion and ginger cream sauce. It was a statement dish similar to the pasta pescatore so well known at Café Amore. 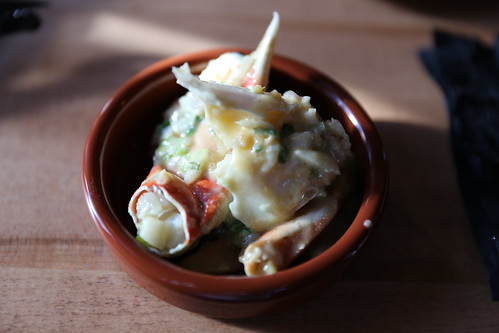 For calamari seekers, their crispy version topped with squid, ginger, garlic, scallions and chili hit all the right notes for us. 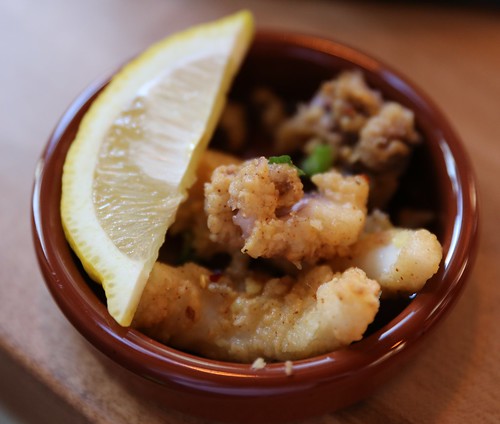 The head-on BC side stripe shrimp, sauteed with pimento, scallions, shallots and garlic oil had a bit of kick to them, and beautifully presented, were almost too good to eat. 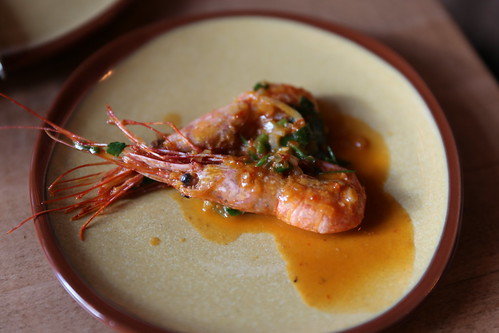 Although the dishes did primarily focus on seafood, The Black Pearl doesn’t alienate those who prefer meat, with beef carpaccio and roast chicken on the menu. One of my favourite tastes that evening was the house-made porchetta served with maple glazed Brussels sprouts – the right amount of fat and a hint of sweetness. 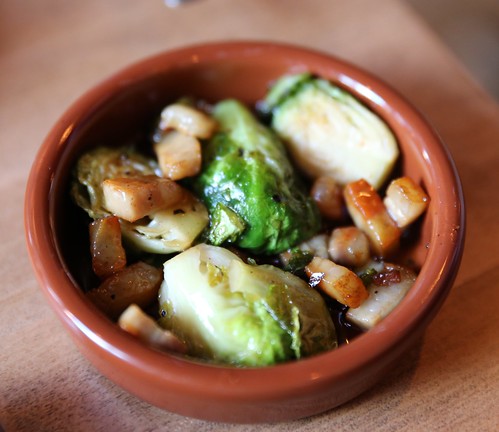 Mack and I also really enjoyed a salad that celebrated the beauty of simplicity and quality ingredients; the cherry tomatoes topped with fiore di latte and house-made pesto balsamic glaze is a must-try. 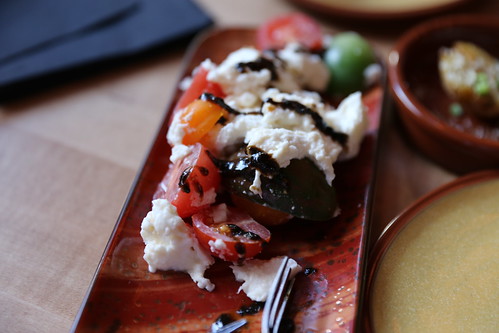 It will be interesting to see how The Black Pearl is received. Sabor Divino has had a lot of success with a similarly seafood-focused menu just one block over, and of course, Café Amore itself has a loyal customer base to draw from.

But as Cristo shared with us, The Black Pearl is a labour of love for his family, and the project has been driven by their passion for hospitality. That care and attention came through in the food and the service in spades, and hopefully, with this second location, even more Edmontonians will be exposed to the warmth of the Crudo welcome.

Thanks again to Cristo, Nick and Giuseppe for having us!