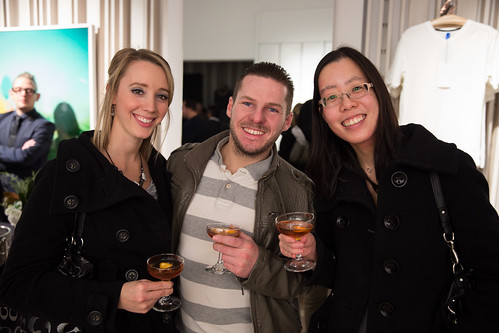 With Alicia and Thom at Poppy Barley’s launch