After a very full day at work on Thursday, I needed to unwind, so it seemed like a good opportunity to finally visit The Denizen Hall (10311 103 Avenue).

Located in the historic Grand Hotel, in the space formerly occupied by the sketchy Richelieu Pub (an establishment I’ve scurried past, but had never stepped foot in) Denizen Hall has been completely refurbished. Urban Sparq Hospitality (the company behind The Pint and Knoxville Tavern) had taken over, in another example of the optimism surrounding the promise of the new arena district. Still, it’s difficult not to be attracted to the narrative being told by the new owners, one which seeks to continue the tavern’s 110 year history as a prime space to gather and celebrate.

To that end, the room itself has been refreshed, with cozy booths, wall-mounted animal taxidermy, and more than a dozen retro arcade machines (hence the arcade bar label, but more on that later). On that Thursday evening, there were only a few other tables occupied, but of course, we would have been considered early birds. 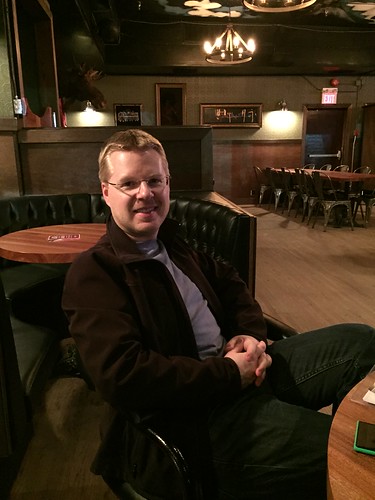 This did allow us to take advantage of their great happy hour offers, which included $2.75 hi-balls on Thursdays between 7-8pm, and a $3 Thursday special for pints of Yellowhead plus two arcade tokens. Denizen Hall definitely recognizes the need to compete with other area bars; make sure to check the website for more up-to-date food and drink discounts.

Based on early reviews, I already knew their “Alberta homestead” comfort menu, designed by Elm Café’s Nate Box, would be right up my alley. Although there are some lighter plates to choose from, most of the dishes could be found at a diner or a country fair – think grilled cheese, fried chicken and pork ribs. But with the bar slant, much of the menu items can be shared, which is what Mack and I decided to do.

We split the buttermilk biscuits ($5), mini corn dogs ($8) and the mac ‘n’ cheese ($13), which was enough to satisfy both of our appetites. The biscuits arrived toasted, and reminded us of the flaky, savoury counterpart we’d had once at an Elm Café Dining Room brunch, but were obviously not fresh. It would be unrealistic to expect otherwise, but we knew how much better they would have tasted right out of the oven. 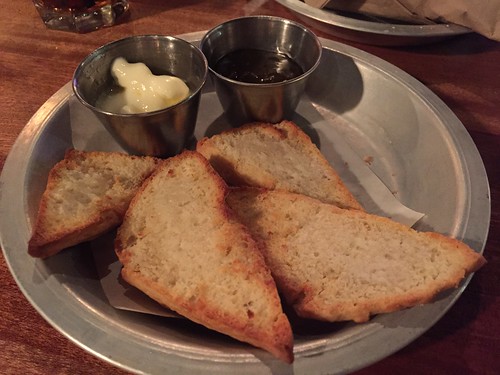 The mini corn dogs were Mack’s favourite – easy to eat, with a thin, crisp batter, they easily had enough flavour to do without the dipping mustard. We agreed we’d be back for more. 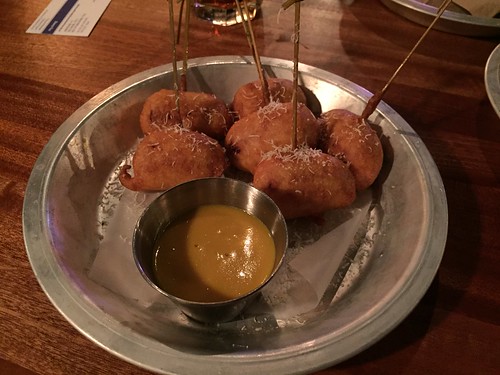 Unfortunately, the mac ‘n’ cheese didn’t quite live up to our expectations. It was under-seasoned, and neither of us tasted bacon or the promised chili heat. We did like the fun topping of Ritz crackers, but this added texture was lost when we ended up having to mix it through the pasta to bring the creamy sauce throughout the dish. 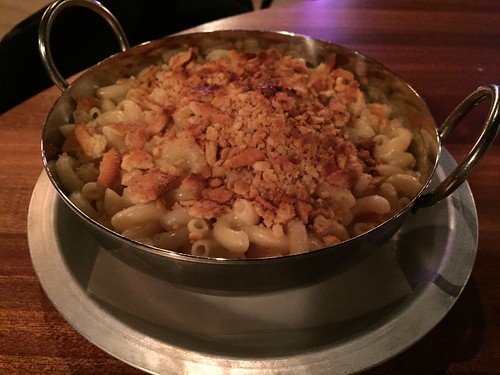 Service was excellent – our server was attentive, and made sure to check in with us before happy hour expired, which was appreciated. Her only minor misstep was mentioning that Grizzly Gouda, the Sylvan Star cheese used in some of the dishes, was sourced from BC.

After dinner, we headed over to the arcade. Token prices were reasonable – $5 earned us 10 tokens (most machines only needed 1 token to start a game). We played our way through a few machines, including an Atari racetrack, Teenage Mutant Ninja Turtles, and my personal favourite, Star Wars (what’s better than a basic target practice game to release some tension?). 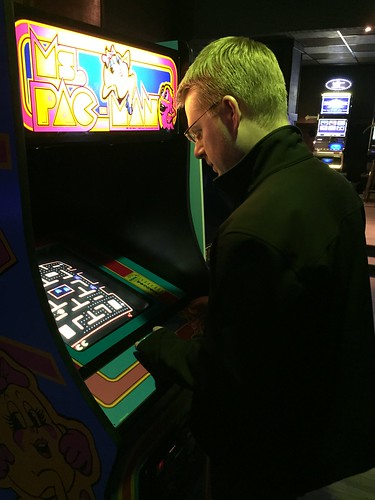 I’m an unabashed adult fan of Chuck-E-Cheese, but there’s something about a more mature atmosphere and the possibility of having a cocktail in hand during a games session. 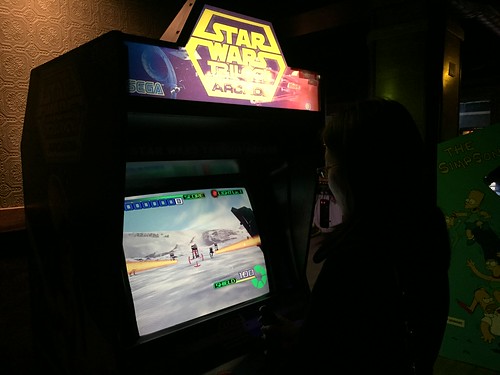 There’s still a lot of items we’re excited to try on Denizen Hall’s menu, so with it being just down the block from us, we can see ourselves returning soon for the food. But with the added appeal of challenging ourselves in the arcade, I anticipate some hours will also be lost over drinks and games.