Mack and I met up with Maria and Roxanne last Saturday to check out the East Meets West Festival in Chinatown, now into its sixth year. In the past, the timing usually coincided with an event in Little Italy (hence the name), but this year, the Business Revitalization Zone-organized Chinatown portion took place about a month earlier. 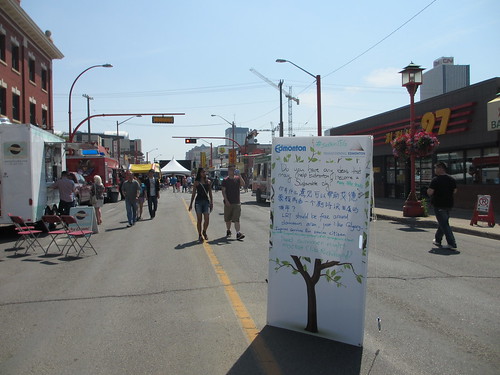 It was great to see the festival return to 97 Street, the main artery of the neighbourhood, and a location that gives the event much more prominence. A stage was set up near 105 Avenue, while vending tents and food trucks were spread out on the street. 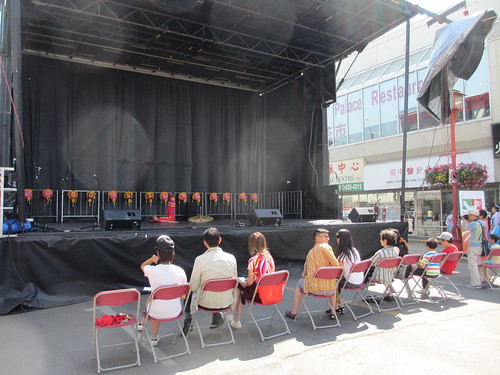 No doubt the weather was much improved from last year (when a flash hailstorm forced the event to shut down early), but I had to assume it was the poor experience the organizers had with small tents in inclement weather that caused them to go with the larger, heavier-duty cover this time. Though its hard to argue with their sturdiness, the walled structures felt disconnected from the rest of the street. 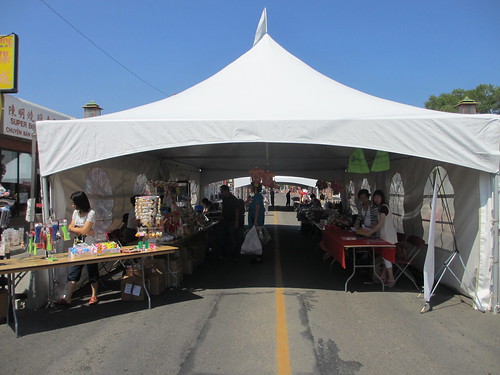 Most of the vendors beneath the tent sold items typically found at Chinese markets – trinkets, small toys, clothing and accessories. The theme didn’t necessarily continue throughout the marketplace – while it was great to see the Organic Box’s Fruit Truck, it would have been great if they had been able to incorporate some Asian produce into their wares. 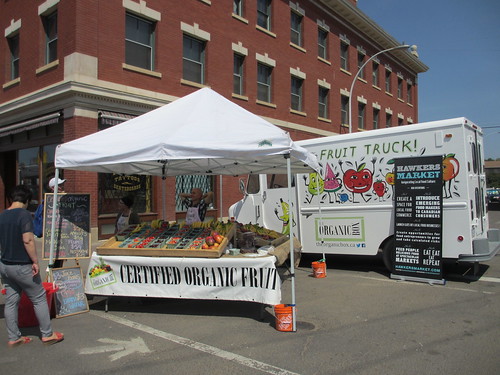 East Meets West chose to partner with Hawkers Market to organize a combination of pop-up food vendors and food trucks. I was hoping more of the trucks would be serving Asian-themed menus, but it was a bit hit or miss. 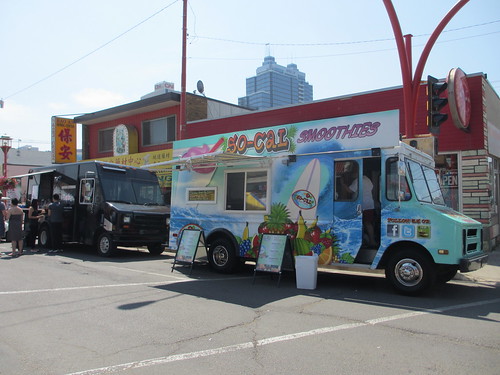 Long Lost Foods was one that absolutely hit the mark with their unique vegan donair made with green onion cakes. Given the recent debate about whether the donair or green onion cake should be crowned Edmonton’s official dish, it was an ingenious way to settle the argument – why not combine the two? 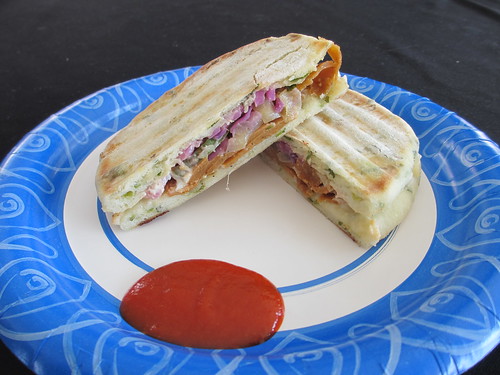 With the scorching hot weather, we also couldn’t resist an ice cream sandwich from One Cool Cookie. The trailer is not only equipped with ovens (fresh baked cookies, anyone?), but because they assemble the sandwiches on-site, we were able to personalize our treat with our choice of cookie and ice cream. 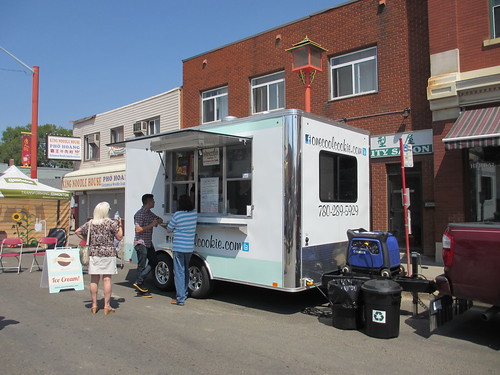 I ended up with one of their suggested combinations – skor cookies with Pinocchio’s salted caramel ice cream. The thin, room temperature cookies made this one of the easiest homemade ice cream sandwiches I’ve ever had, and it was darn tasty, too. 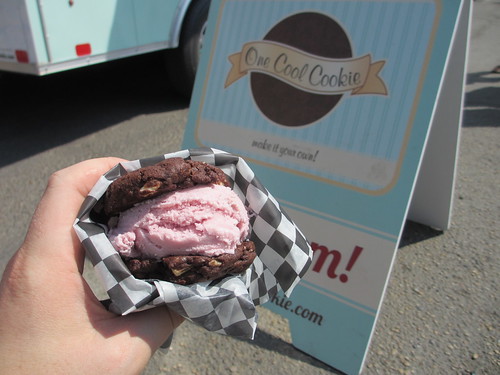 It was a great day to be outside, and though the heat may have chased away mid-afternoon revelers, we hoped more foot traffic would come in the evening. 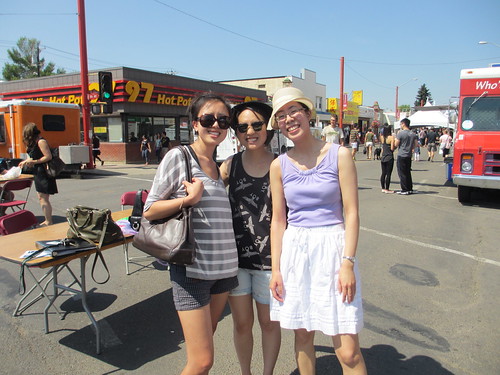 Squinting in the sun

If you missed this event, not to worry –  we’ll be announcing the details of our follow-up to our successful 97 Street Night Market shortly. Stay tuned!