Last Friday, a glorious summer evening, What the Truck?! partnered with the inaugural Baconfest to host a bacon-themed Truck Stop. 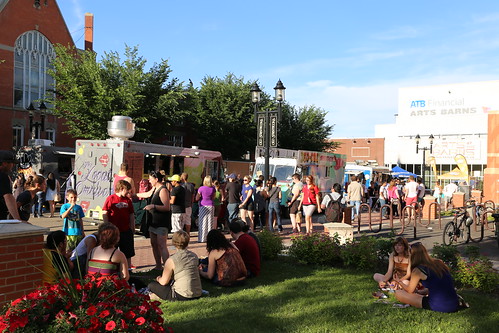 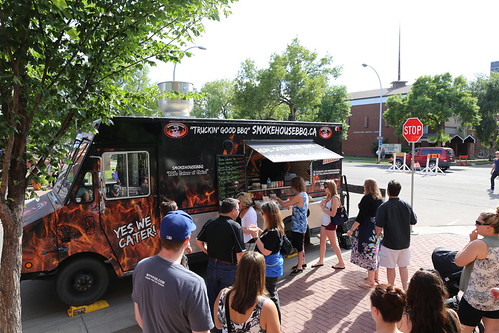 It was great to have several vendors new to What the Truck?!, including SoCal Smoothies and Keilan’s Creamery. Keilan’s primarily serves ice creams from Foothills Creamery, but also sources from a local small-batch ice cream maker who brings unique flavours (and then some) to the market – such as bacon bourbon, maple bacon and Guinness vanilla. 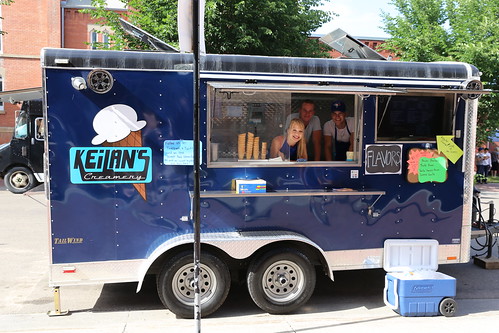 This was one of our quieter events this season; I think we weren’t able to overcome some of the confusion as to whether or not our Truck Stop required a ticket for admission. Still, those who attended seemed to have a great time, and the short lines meant folks were able to dabble in dishes from multiple vendors! 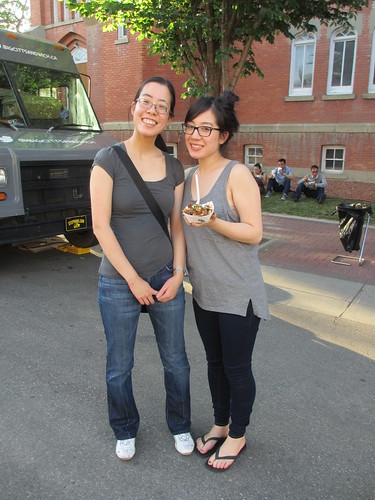 Amanda and her poutine from The Local Omnivore

I personally was able to enjoy a few dishes, the most memorable being the Peruvian Pan Con Chicharron (braised & pan seared rib meat, pan seared pork belly, fried sweet potato slices & salsa criolla in a French bun). It was easily one of the best things I’ve ever had from Molly’s Eats – I loved the crispy, flavourful meat and the crunchy bun. 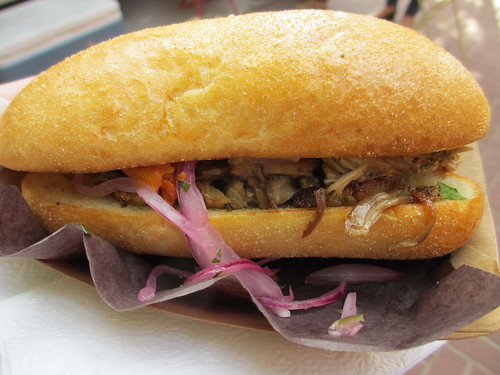 The tangy peach sorbet from Keilan’s was a refreshing way to end to the scorching day. It seemed that almost everyone indulged in the cool treat too. 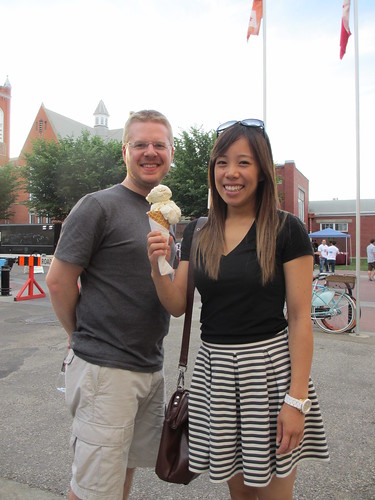 Edmonton Public Library was on-site, signing people up for free memberships. And in a What the Truck?! first, there were a handful of peaceful protesters present all night, encouraging people to refrain from eating meat. I suspect they were mostly there because of the media attention attracted by Baconfest, but I hope none of the Truck Stop attendees felt intimidated. 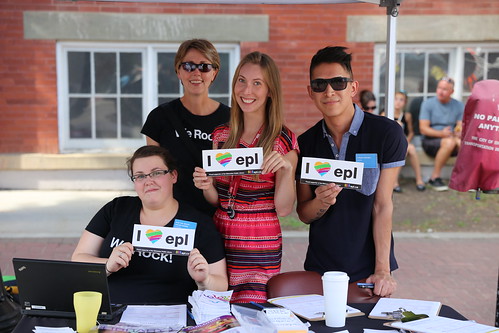 I heart EPL, too!

I’d like to also recognize the Old Strathcona Business Association and Baconfest for partnering with us on this event.

If you missed the Truck Stop, you’re in luck, we we’re hosting another one this Thursday, July 10, from 5-8pm at the Boyle Street Plaza. This time, the menus are burger-themed, so bring your appetite and come hungry!