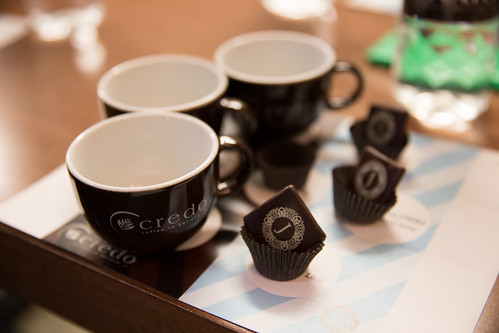 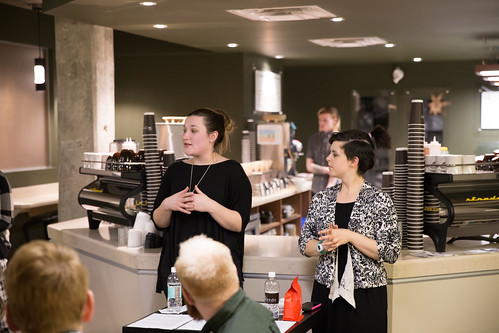 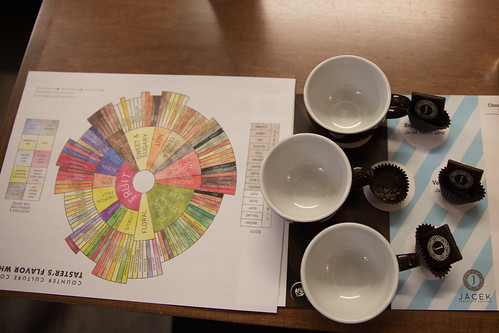 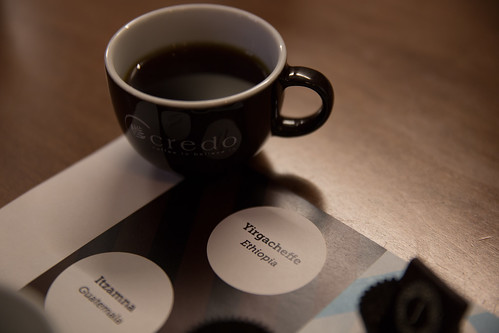 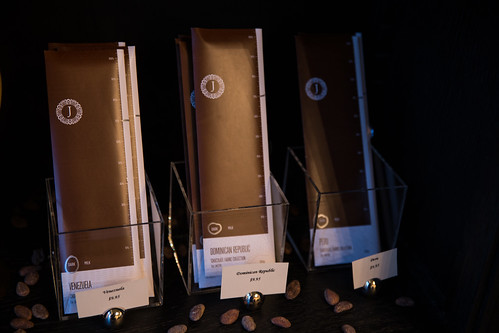 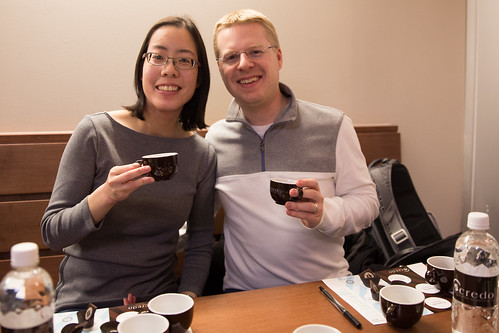 Cafes that offer specialty coffees are rapidly gaining ground and market share in Edmonton. Just to name a few – Three Bananas, Leva, daCapo, and of course, Transcend, are elevating what coffee lovers should expect from a cup of joe. More exciting than a consistent, high quality product, however, these cafes employ well-trained baristas, where coffee is not just a job, but a passion.

I’m happy to report that the specialty coffee scene has just gained another member in the city – Credo Coffee opened its doors at the end of June on the ground floor of the Icon Tower, located in the trendy and boutique-lined 104th Street. It is definitely a welcome downtown addition – I’m surprised it took so long for a cafe of this nature to materialize in the core.

Geoff Linden, formerly of Three Bananas, and who has also pulled shots at Transcend (he said himself that the specialty coffee scene in Edmonton is a small one), is behind this venture. Credo’s tagline, “coffee to believe in” draws attention to their commitment to fine coffee. While they are not in the business of roasting, they do serve only Intelligensia Direct Trade Coffee: “For a coffee to be considered Intelligensia Direct Trade there is a specific list of criteria that must be met by both Intelligentsia and our grower-partners.  In the broadest terms these coffees should be understood as a true collaboration, with both sides investing a great deal of time, energy and ideas to produce something great.”

Kenya Thunguri – one of the two brewed coffees Credo was serving

Not satisfied with simply serving great coffee (menu here), Credo also offers specialty teas, and further distinguishes itself from other cafes with fresh sandwiches and baked goods all made in-house.

The cafe is bright, benefits from a lofty openness afforded by a high ceiling and had a vibe similar to Calgary’s Caffe Artigiano. I think Credo could rearrange their seating area to further maximize their space, but I did appreciate that their table placement did allow for easy movement. In addition, like some other food establishments in the city such as Culina Highlands, Credo exhibits art work created by local artists.

Mack chose to try their macchiato ($3.25), nicely finished with latte art. I opted for a brewed dark-roast coffee ($2.50, though price could vary depending on origin), which was full-bodied and rich. It was a touch acidic, but as I am used to drinking my coffee with milk, that was expected.

I hope Credo is able to secure external signage soon – with the ongoing construction in the area, it is easy to miss! I encourage you to stop by, and revel in downtown’s first specialty coffee cafe!